Next up in DSC’s series of interviews covering family relations in racing comes Corvette Racing’s Tommy Milner who gave the DSC Editor the opportunity to ask away about his father, ex PTG Racing Owner Tom Milner Snr.

Milner Sr., an immigrant from Germany in his teens was involved in racing from the late 1960s, establishing his own team in 1988 to run GTP cars including Spice, Intrepid and Ford Probe Mustang (below) efforts. 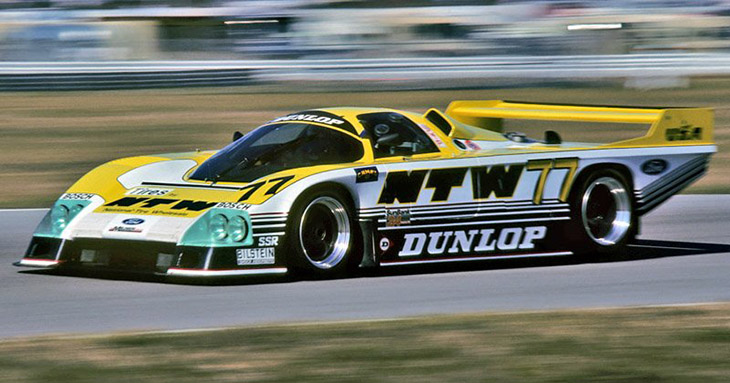 The team name was switched to PTG before the BMW factory-backed effort in Grand-Am and ALMS competition that continued for more than a decade from the mid-1990s. 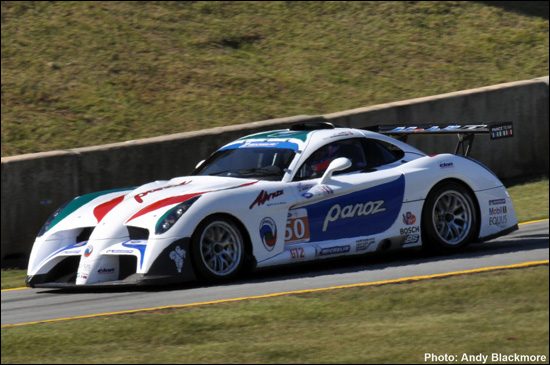 Always in the summertime, when I was off school I’d go up to the shop almost every day and I’d just kind of hang out at the shop there and interact with all the crew guys and ride around all the pit equipment around the parking lot and stuff like that. It was fun being there. The crew guys were fun to hang out with always and it was cool to be around the race team.

My dad is famous for being incredibly hard on drivers and he’s famous for his line that he hates all racecar drivers. I just hate some less than others.

And then, of course, the natural question after that is, if you hate racecar drivers how come you let your son become one? Which is obviously a good question!

But hating all racecar drivers is obviously not the case. When you look at some of his best and closest friends, guys like Bill Auberlen, Boris Said and Hans Stuck, Joey Hand guys like that. 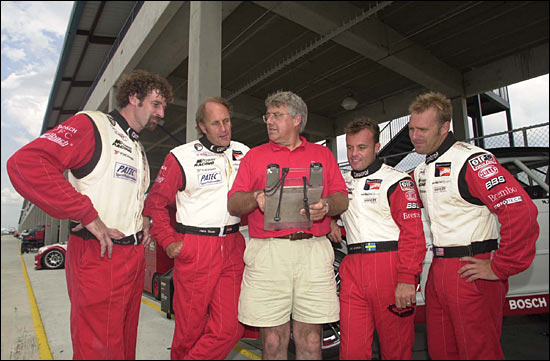 These are all guys that he still remembers fondly and has great stories about. Some of his best memories include drivers and, you know they’ve certainly given him headaches over the years, but they’ve obviously, been a big, big part of his life as well too.

So, just seeing how he interacted with them and seeing the reasons why he was getting upset with them, and with him telling me from a team owner and managers’ perspective, what some of these guys don’t do right and what these guys do well.

I think that’s allowed me to maybe in some ways have a little bit of a different sort of perspective on what it means to be a racecar driver and what you know what it takes to be successful.

It’s not always about being the fastest guy at all times, with the consequences that come with that sometimes!
You’re describing a dad with a strong personality, with a particular way of doing things, known to be something of a perfectionist about the way he wanted this done – correctly so.

He had a long association with the BMW factory. That doesn’t necessarily feel like a cocktail that would have been a particularly comfortable one at times with brands famously protective.

To actually have somebody who’s there, preparing and racing those cars for them with such a strong personality could be something that could be seen as a conflict at times?

Not just with BMW, but with in the past where my dad has clashed with someone that is higher up the feeding chain than he is and, yes, of course, that has caused him problems. 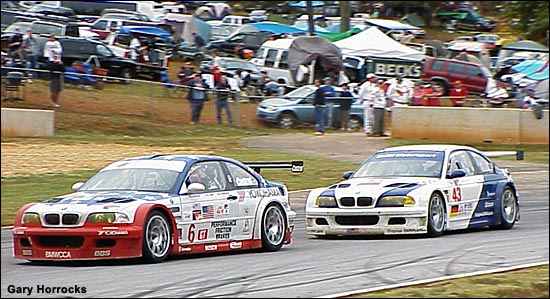 So I think if you look back at times when we had the most success that oftentimes coincided with motorsport managers both in the US and in Germany that understood my dad, and my dad sort of understood them and they had a good rapport and was able to work well together and get the best out of both parts of the deal.

For sure, my dad gets more set in his ways the older he gets, and there’s no question that it becomes even more difficult than ever to work with him and I would not be surprised at all if that made a contribution to that programme coming to an end for him.

But there are lots of other factors that go into it, but he is, very much, a very polarising person. And I can 100% see that. Living with him and travelling with him all the time, when you see how he responds to things that aren’t done the way that he thinks they should be. You know he is happy to tell whoever that person is standing in front of him that they’ve done something wrong!

I’ll start here with the best advice that my dad has ever given me, and he still gives me to this day.

He tells me before every single race, “Don’t fuck up!”

And that, in some ways, is a pretty good indicator of how he has guided me a little bit throughout my racing career.

He has, for the most part, been very hands-off. I don’t think he’s ever criticised me outside of the racetrack. If he does, he’s joking a little bit which, as with most jokes, there’s a little bit of truth in them obviously! But there was never a phone call after a race when I was driving for him where he was telling me that I was doing something wrong or that I should be better or something like that.

I felt a lot of pressure. There’s no doubt about it. But the pressure I felt whenever I was driving for him, was always just an understanding of what it takes to own a race team and to have a successful race team and all the hard work that goes into making that happen from a lot of other people.

He never said to me how hard it was, it was always showing by example how that was, just being around the race environment, knowing what it’s all about.

That, for sure, has helped me on numerous occasions.

He showed me the way that it should be done, and it’s up to me to figure out how to make that happen. And whether I did or I didn’t, that was for me to decide, there was never pressure from him to be good, basically.

So the call comes from GM. What happens next?

Let’s go back a little bit. So 2006 at the Sebring winter test, I’m there testing with my dad’s team.  That was the basically the plan I had a good enough year in 2005. 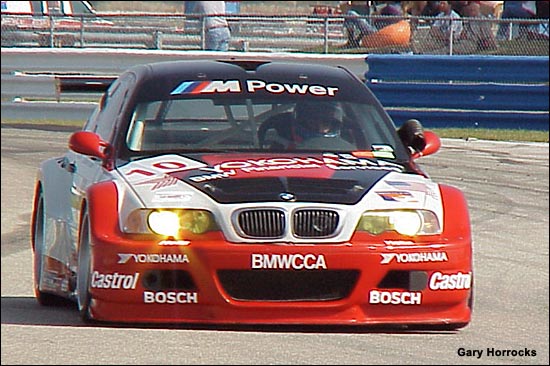 He said: “Alright, son, you’ve proven that you can compete. I want to help you with whatever career you choose. In this case, it’s a very expensive sport, and it’s one that I can help you with, so I’m gonna do whatever I can.”

Larry Holt talked to my dad at the test (after Tommy had done a one-off Grand-Am race with Multimatic in 2005 – finishing third filling in for Scott Maxwell because he was at Le Mans).

Larry basically said, “Hey, is your son available? I, I’d like to have him on our team this year.”

And my dad basically said, Absolutely, he’s available. You know, he’s yours if you want him.

My dad never raced a race car in his life and any penny that he earned in racing, he put right back into his race team again for better equipment and whatever else is needed.

So he looked at that and said, this is perfect. I don’t have to pay my son any more money, that’s just $20,000 less that comes off my books. And it’s the best thing for him to get away from his dad, to not drive for his dad’s team if he’s gonna have any success in racing.

He was right, you’ve got to go off on your own and do it by yourself.

So he was eager to get me to do something else for somebody else whenever it was possible so that was a huge moment for my career. 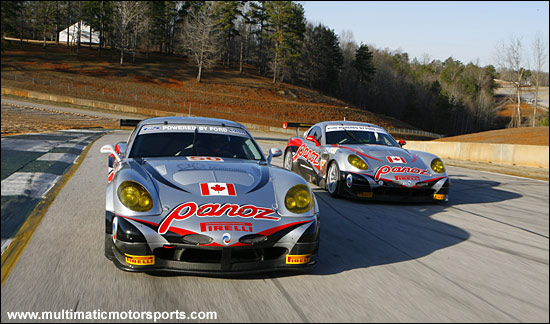 To drive for Larry at Multimatic with the Panoz that year set me on a path that I’m still on today basically. Dad’s always been the first one to say, take this next opportunity and when it came to GM, having at that point driven for Rahal for 4 years basically and with BMW for two and even with the history that I had with BMW (and I still have a, a soft spot for them), Dad was the first person I called when I got the call from Doug (Fehan) and basically said, “What should I do?” Because it was really my decision at that point, whether I wanted to stick with BMW or if I wanted to go with GM. 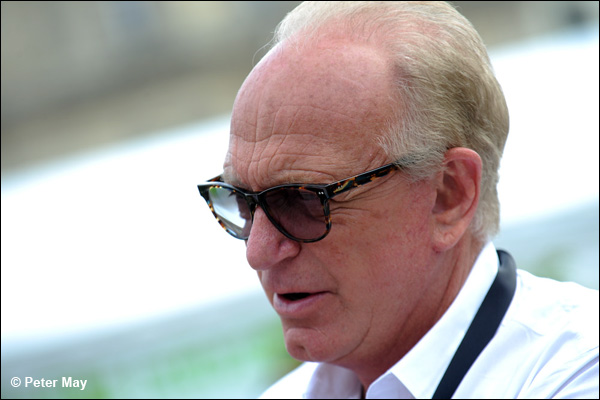 There were probably a few hurt feelings with Dad over losing the BMW deal, but his point and he couldn’t have been any more right, he said “That’s an opportunity that you cannot give up. You cannot, let that go. That’s essentially the best US sportscar team, and one of the best sports car teams in the world, you know that you get the chance to go to Le Mans. Everything about that deal is perfect.”

That’s where I was leaning. But I was grappling with the loyalty aspect of it a little bit. I felt like in some ways I didn’t want to just leave BMW.

Everything came together at the right time and you know, I think if that opportunity had presented itself a year before I don’t think I probably would have taken it with GM but it was the right thing at the right time. And certainly looking back on it now. That was the best decision I’ve made in my life probably besides marrying my wife who I’m sure can hear me having this conversation!

Dad with a big personality, son with a huge amount of talent and with opportunities coming along. Business pressures on both sides of the equation. Can racing still be fun as a family?

It’s fun. 100% It’s still business for sure. But the conversations typically with my dad starting the fun. There’s a little bit of seriousness kind of sprinkled in there in the middle. And then the rest of it’s fun. So it’s always, good chats with my dad talking to him and he texts me or calls me twice, three times four times a weekend.

And again, usually, the comment is, “why aren’t you faster?”

It’s really, really good. It’s gotten better for sure, as I think he fought the fact that he wasn’t going to stay in racing but I think now in the last maybe year or two, he’s finally accepted that he doesn’t really want to be in racing and doesn’t have that desire anymore. 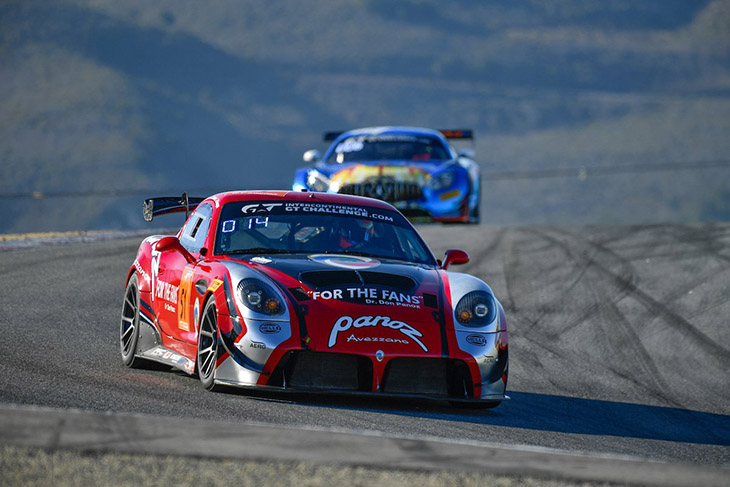 He really enjoyed his last two years with Panoz in World Challenge. For him, Don was a good friend of his. So whilst I didn’t end exactly the way that he wanted it to. I think he wanted to stick around the last year after Don had passed, but that wasn’t sort of in the cards, but looking back now I think that for him. That was a nice sort of punctuation mark after helping Don a little bit at the end.

He’s as good as he’s ever been. I’ve told people 100 times that the day that that guy stops doing something moving, working, working on farm vehicles, whatever it is, is the day that he’ll die. That’s just the kind of the guy he is.

He’s 77 this year, and he’s still up at 5:30-6 in the morning, and he’ll be in his khaki shorts and a short-sleeved polo shirt and drenched with sweat because he’s working on something.

That’s how he’s always been. He’s never been a Monday through Friday guy, particularly when he had a race team and it was 24/7.

So he still lives that way in many ways – he just takes more naps now and then in the middle of the day now and has fewer stresses trying to employ, you know 20-30 people to go racing!