Today’s joint announcement between the ACO, IMSA and FIA WEC marks some significant steps forward, crucially, and incredibly sensibly, it leaves almost as many options open for as many possible post COVID19 possibilities as it possibly can.

Almost inevitably there is focus on what is not on the table – and we’ll come to that a little later.

Firstly though, what does it confirm?

It confirms that the basic technical packages of the LMDh and LMH formulae have been further ‘converged’ in the interests of future balancing of performance envelopes between the two rulesets.

It confirms that the FIA WEC (including the Le Mans 24 Hours) will definitely accommodate both LMH and LMDh machinery.

It confirms that the target remains to introduce LMDh for the 2022 FIA WEC and IMSA seasons.

It does NOT confirm though, and very sensibly so, that the 2022 target for introduction is confirmed start point.

“The market will decide” is the very sensible ‘go to’ phrase deployed several times in one senior industry source conversation today – and that is eminently sensible – the ability and willingness for the industry to invest is a significantly stronger driver right now than anyone in motorsports notional year planner. A delay to the desired timeline is a distinct possibility.

What is deliverable is going to come into sharp focus later than planned as the automotive industry sift through the embers of the economic disaster of COVID19.

It is likely that some parties, thus far enthusiastic about the prospects of a converged to class in prototype racing, will be unable to continue to the delivery phase, and likely that others will not be able to do so in the timeframes they envisaged.

That is not to say that all is bleak – far, far from it. There are significant parties directly engaged that look set to follow Porsche’s lead in commissioning.

Other parties too may now see additional benefits from the converged class to mount a programme with reach that was not previously possible.

It does not confirm either that Le Mans Hypercars will compete in IMSA races though it leaves open the potential for that to be a possibility for ‘Mainstream’ manufacturers at some point.

That matter will, almost inevitably, be determined when there is more clarity on whether LMDh, despite the current market pressures, sees sustainable growth Stateside. 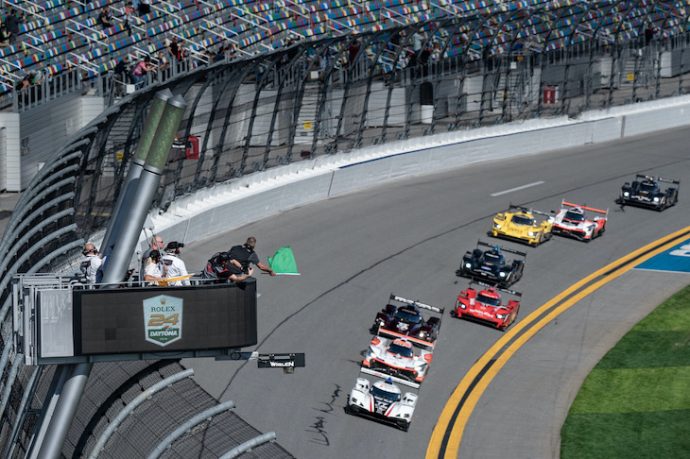 Put bluntly, if IMSA finds itself with a healthy LMDh class, and there are a gaggle of WEC LMDh outfits also looking to trade, then why would an LMH team be needed, particularly bearing in mind the technical burden that would entail on the organisers in balancing the cars?

If however IMSA found that the likely oncoming recession bit very hard and there was a shortfall in their top class then it is sensible to leave the door ajar for a possible Plan B.

There’s a not massively different point to be made in reference to the description of those Le Mans Hypercar manufacturers that might be assessed as an option being “mainstream manufacturers”.

That’s a sharp signal that IMSA’s preferred option is to stick with their current business plan, manufacturers are effectively partnered with the series, a bond secured in no small part with financial contributions of significant sums.

Whilst there is potential for Toyota, and perhaps in the future Peugeot to ‘pony up’ a relevant contribution, there’s rather less likelihood one would think of that being an achievable aim for ByKolles or Glickenhaus. 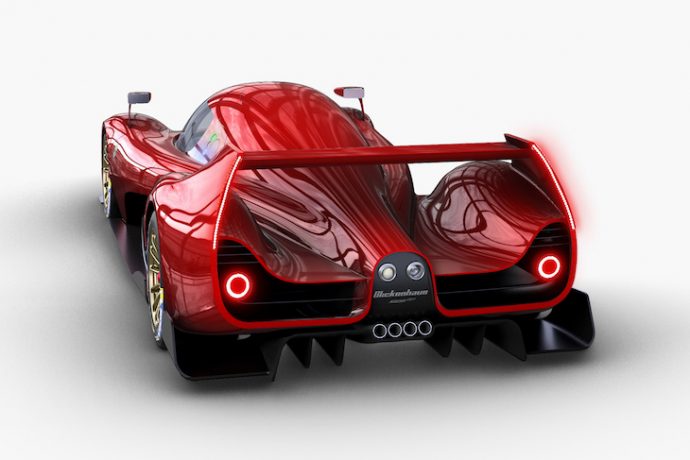 Despite that though there’s most definitely a ‘Never Say Never’ approach adopted here too – though significantly less likely a scenario nobody is saying a blunt “no” just yet.

After months of discussion, and in the midst of a crisis nobody could have envisaged, today’s announcement is a significant indication that convergence, and the cultivation of the relationships that underpin it, is bearing up well.

One final point though – I know it’s been busy – but please sort out, once and for all, what the ‘h’ stands for!