If there is one man who can tell the story of the rise, fall and repeat of the GT1 years then it is surely Stephane Ratel.

One of the trio that established the BPR (Barth (Jurgen) Peter (Patrick) Ratel (Stephane)) to organise and commercially exploit the opportunities offered by both an existing multitude of rulesets, and a growing actual and potential customer base. 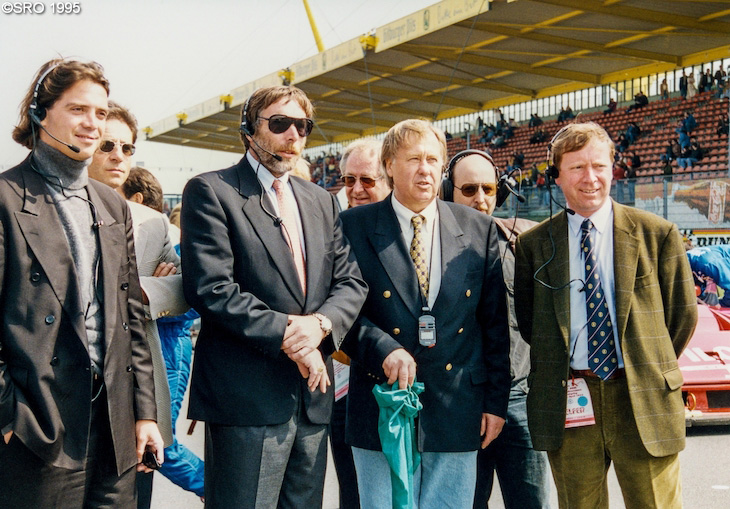 From the emergence of a motivated (and monied) group of Gentleman drivers via Ratels’ Venturi Gentlemans Trophy one-make series in the early 1990s (below), and with the end of Croup C sports prototypes’ global platform, the World Sportscar Championship, soon afterwards, there was fertile ground ready to welcome something new and exciting. It provided a platform for a period featuring a strong economy with emergent manufacturer programmes with an array of supercars. 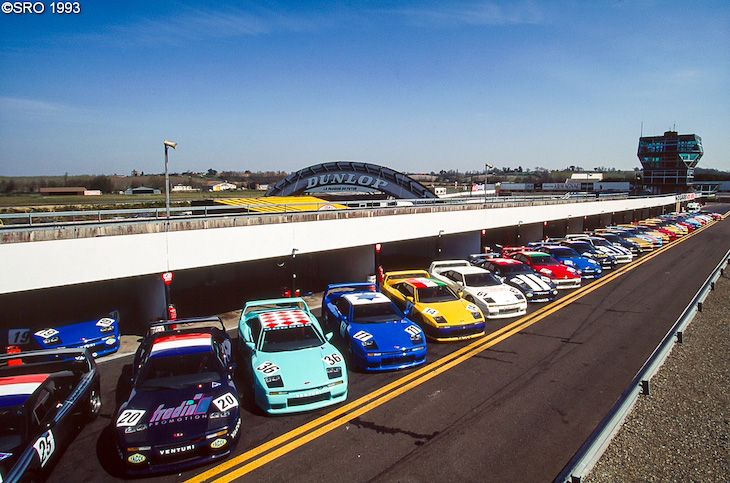 The BPR trio was in the right place and at the right time. Their efforts laid the foundations for a now global industry in GT Racing which Stephane still provides the figurehead and commercial driving force behind today.

Over a four-part interview, Stephane will tell the story.

If you are thirsty for more then keep your eyes open for the beautifully produced ’25 Years of GT Racing’, produced in 2017 to mark the quarter-century of Ratel and now SRO’s involvement in the sport. Written by Andrew Cotton and photo-edited by John Brooks there’s no more comprehensive work on those emergent years. Be prepared though, the book rarely comes up for sale, and will not be found in bargain bins anywhere! 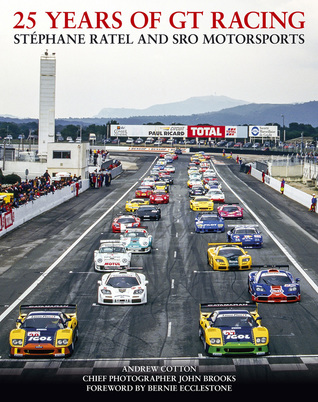 So then Stephane… GT1, where do we start?

“Clearly there was not one GT1, there were four eras with four different technical regulations.

“Where it all started for both GT1 and GT2 was the BPR era, before that the funny thing was that they had regulations, but no cars!

“The FIA and ACO had both drafted GT1 and GT2 regulations but somehow there were no cars running when the rules were put in place.

“The ACO started only in 1993 and even ignoring the GT Prototypes, the Dauer Porsche, that found a way through those regulations, but if you talk about REAL GT cars, those based on road cars, it was a slow start.

“Jaguar had the XJ220 that won the class at Le Mans (in 1993) with Tom Walkinshaw before being disqualified for technical reasons (catalytic convertor).

“So basically at the beginning, it was a mishmash of different regulations when with Jurgen (Barth) and Patrick (Peter) we stepped in.

“If you look in the first year of the BPR you had so many different classes you had FIA GT1, ACO GT1, FIA GT2, ACO GT2.   It was more than a little bit complex, but we put them together as only two classes.

“There was also a GT3 class, named GT3, lord knows why! It was for Cup cars and things like that.

“But basically, to put it in a nutshell for the GT1 of the first era, the key element was that they were road cars adapted and prepared to go racing according to a variety of different technical regulations. 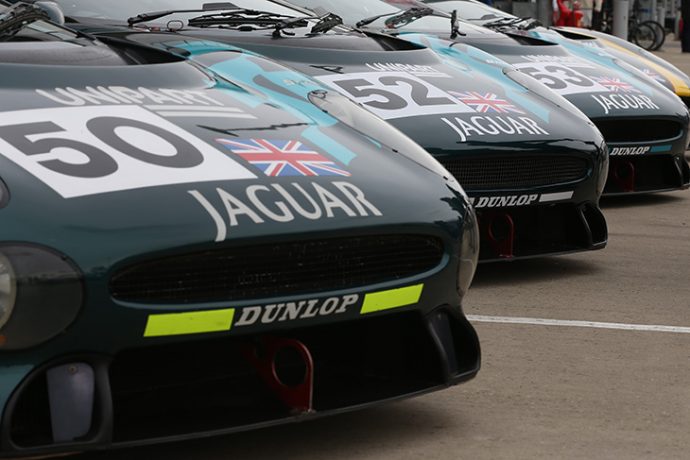 “That created beautiful cars which included the Ferrari F40, the Jaguar XJ220 (above), the McLaren F1 GTR, the Bugatti EB110 (the Le Mans car from 1993 seen below with its sister car that raced in North America), the Lotus Esprit, which started as a GT2 and evolved as a GT1. So that’s really the first generation which provided great racing.

“So you had quite a diversity of absolute dream cars and it made for a wonderful era.

“That era went through to around the middle to the end of 1996 at a time before the application in Europe of the concept of balance of performance, it was somehow logical that the best road cars would win.

“You started with road cars and prepared them for racing. Since these cars were not designed from the outset to race and to be as efficient as possible around the racetrack it would stand to reason that the best road car would make the best race car. 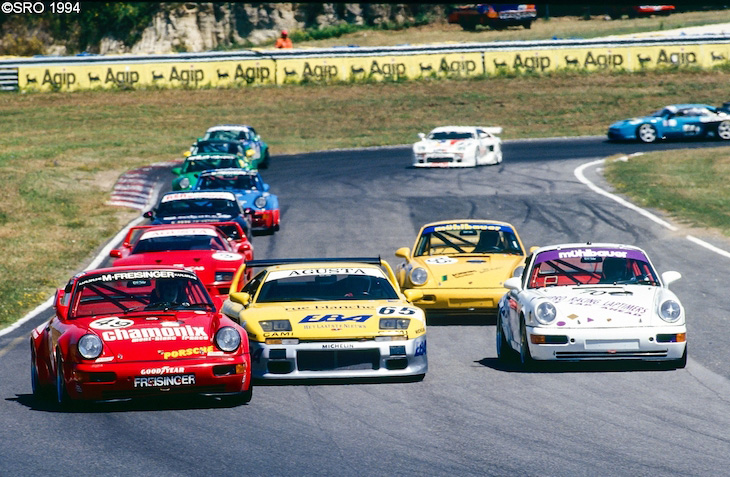 “After 1994 when we didn’t have a real title (above in Vallelunga), we were a little afraid of the FIA, and it was just a series of independent events, the Championship came together in 1995.

“1995 is seen by many as being the iconic year of BPR, a glorious year with amazing grids and everything coming together perfectly.

So, overall, the most efficient was the McLaren, which resulted in 10 victories out of 12 races?

“ The only places they didn’t win were Montlhéry where for a variety of reasons only one McLaren entered and a GT3 Porsche (Mühlbauer Motorspot) won the race, and at Anderstorp where I am very proud to say that my Ferrari, the Pilot Aldix F40LM of Michel Ferté and Olivier Thévenin won. The only time we beat all of the McLarens with everyone present (the car is seen below on the streets of Zhuhai – another BPR innovation, a street race in China!). 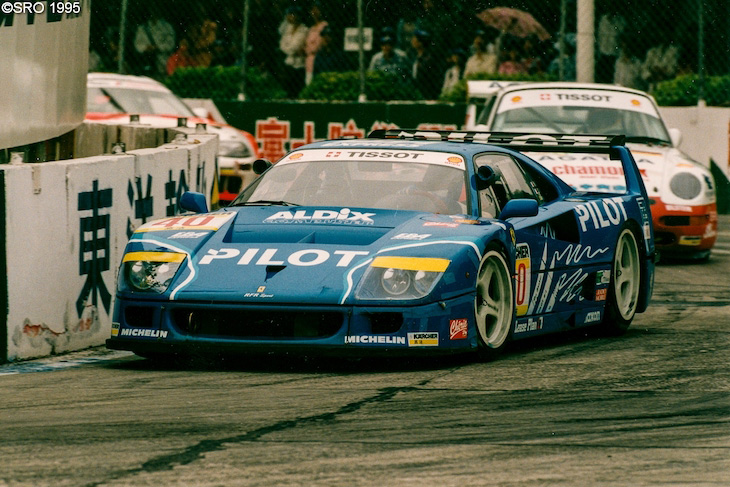 “So there was a true absolute domination by McLaren with the other manufacturers not really having a chance to compete against them within a world with no balance of performance. 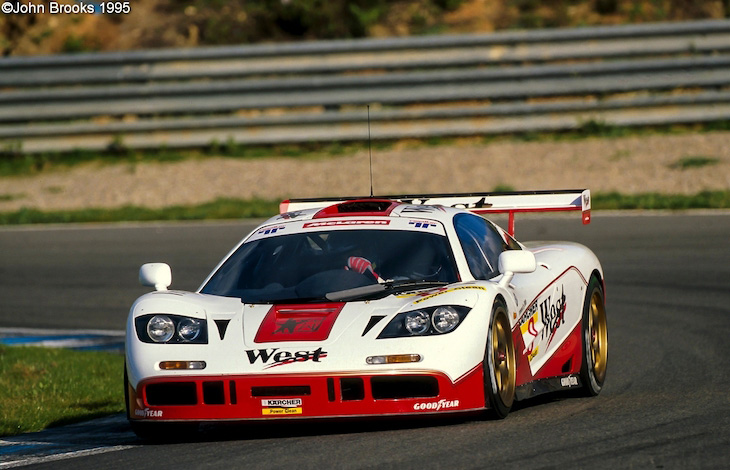 “Therefore, that led to the only thing Porsche or other manufacturers could do, which is to turn the regulation around and say that instead of having a true road car prepared to go racing you build a race car and you homologate it for the purpose of going racing.”

By 1996 that process was already underway – with Porsche’s 911 GT1 debuting before the season’s end – in spectacular fashion!

That’s where part two of this story begins…