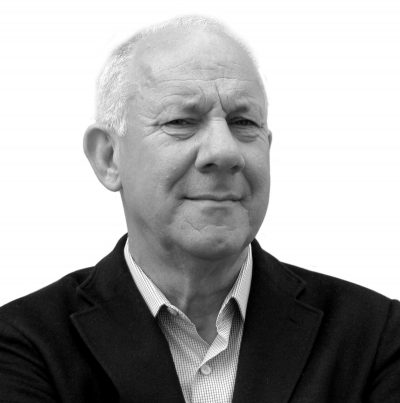 David Clark is likely best known nowadays by DSC readers as one of the partners in Jota Sport, a top team in LMP2 racing with a reputation for high quality and good performance.

He’s also a historic racer and has owned and sold some of the most iconic cars in the modern era, including the DSC Editor’s favourite – the Harrods-liveried McLaren F1 GTR – Chassis #06. (More of that car’s adventures later today on DSC!)

David though has been around the sport for quite some time, and for the purposes of this piece, we’re going t0 look back to what he was doing for a living back in the mid-1990s, as GT1 was getting established and the BPR was looking for a foothold to launch it onto the world stage:

David, at a very pertinent point in the history of GT1 racing you became Commercial Director at McLaren Cars?

“It was actually quite difficult. I don’t think anyone had really heard of a car at this price from a car manufacturer that had only existed for 12 months. McLaren had never built a (purpose-built) road car before the F1.”

Looking back now, it’s difficult to imagine that selling a car with the value the cars have now was tough!

“I agree, but it was, I actually went there because I loved the programme and because I was very friendly with both Ron Dennis and Mansour Ojjeh, got on very well too with Gordon (Murray) and Creighton Brown. When I arrived there there were some that had pretty unrealistic expectations of what could be achieved commercially.

“That was where my role evolved. My view was that we might sell 100 or so cars, there were others that had been convinced that we could sell 350 and it became clear that my number was far more realistic (David was correct – 106 cars were eventually built!). 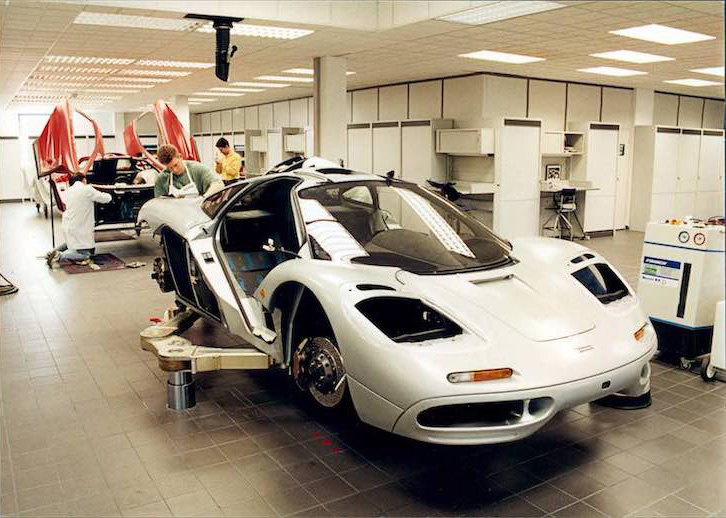 “So one of the first things I had to do was to help negotiate our way out of a contract with BMW for 350 engines! (A deal was done that included a reduction in the number of engines traded against, amongst other things a McLaren-conducted ABS development programme for BMWs Super Touring programme).”

So just how did the racing programme evolve from a project that was only ever supposed to be about a road car?

“McLaren is a racing company and I think it was always the dream to take the car racing of many people at McLaren Cars which was a separate unit, about 100 yards away from the main factory. It had some fantastic people, including Jeff Hazell who had been in racing all his life, and Gordon (Murray – below) and others, of course, had massive motorsport experience. 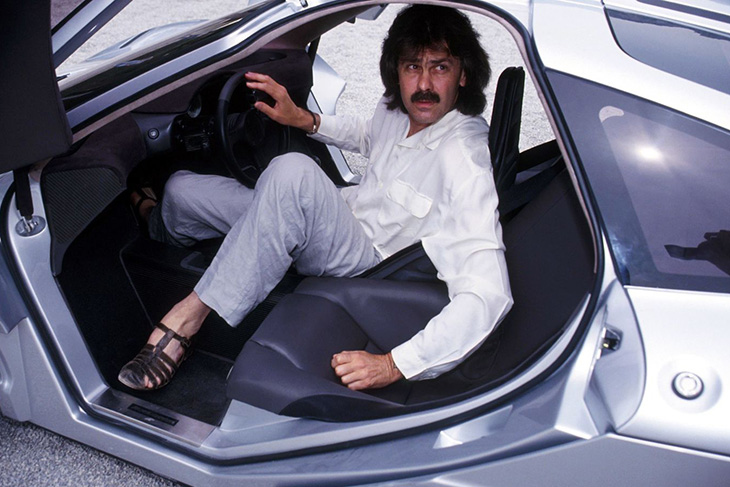 “At the same time it was getting difficult selling the cars, they were moving, but not quickly, but a couple of clients had asked about racing the car, and it went from there really.

“Having made the decision to adapt cars for racing, there’s no doubt that the early success in ’95 in racing greatly helped the sale of the road cars.”

So the early takers were the names we remember from the BPR?

“Yes, Ray (Bellm) was a racer, and Thomas Bscher was a historic racing guy but wanted to go modern racing.

“Stephane Ratel introduced us to a great character called Jean-Luc Maury Laribiere and, pretty quickly there was a lot of impetus behind it not least of course from Stephane and from Patrick (Peter) who had a racing platform with grids to fill. 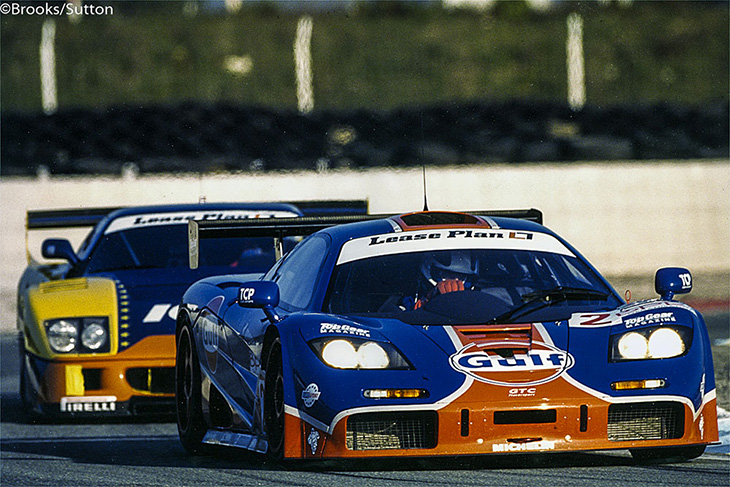 “I came up with a package that effectively said: if you want to buy a race car then you have to buy a road car as well! It worked, and we got the best of both worlds, and were selling more cars.”

So a ‘buy two get none free’ deal?

“I suppose so!  It was a package, it encompassed parts and technical backup.

“It included a process whereby we had a test car and when we were testing if there was any improvement in anything, we always gave that option to every team. There was no favoured team. 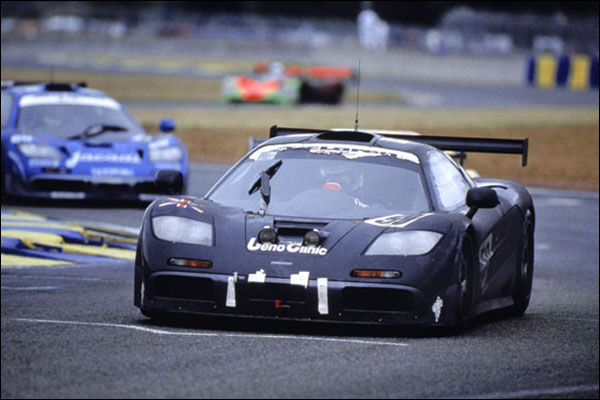 “It was great for McLaren in ’95, ’96 and even 97 which changed a little bit. It was also fantastic for the brand at probably what wasn’t the greatest time a Grand Prix team. We gained a lot of credibility from it as a brand I think.”

“BPR had been going for a few years and the rules were that you had to have a road car made into a race car, which basically, totally fitted what we were doing, even though it was expensive we just happened to have the best road car!

“I’m not saying this in hindsight, and it’s easier to say it when you had the best car, but it’s a great shame that it changed. But, I suppose like anything when the big boys want to come in to an established scene it just ruins it.

“But the actual concept that Stephane, Jurgen and Patrick had, I thought was fantastic. “And even today, Stephane still has those concepts in his mind. I think he’s probably one of the best, most in touch race organisers in the world. I think he’s done a great job.”

And then things started to change very rapidly, with the factories arriving?

“’97 changed things a little bit because Porsche registered a road car in Luxembourg (in 1996). So that (911 GT1) became a road car and then the Mercedes came in in 1997 and that was the end of it really. 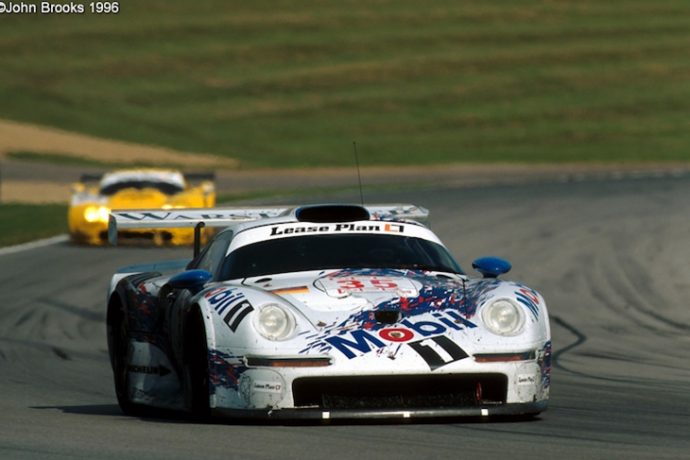 “It’s very, very difficult when OEMs are involved in motorsport. I respect what they do. As Bernie said, they come in my car showroom to sell their cars, once they have sold their cars, they just break the windows and leave!”

The transition to the long-tails was a very different moment because from selling road cars, and then people wanting race cars. There were barely any road cars for the longtail car?

“We made three long tail road cars. It’s the same tub, but I’ve driven both cars and it’s a very, very different car to drive. “But I think it’s fair to say the long tail was really, really on the limit of whatever it could do. It really was. It still did well in 97. But then things just moved on where we didn’t have anything to compete with Mercedes. 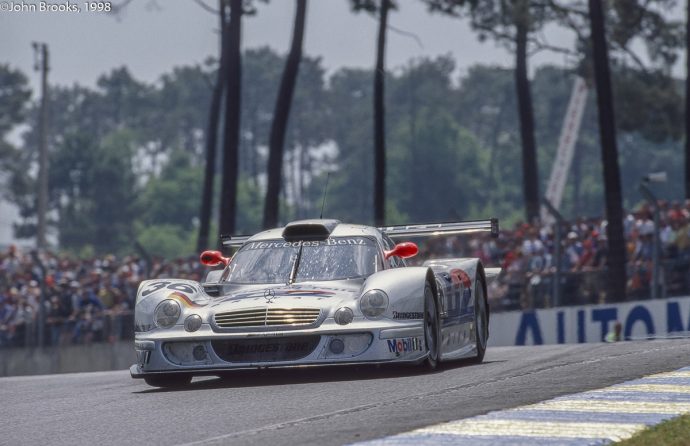 “It’s not a moan or a complaint, it’s just that it happens over and over again in the sport. Organisers get stars in their eyes with manufacturers. And I’m not saying it’s right or wrong, but you know, they don’t last forever.”