Looking back at the FIA GT1 World Championship with the benefit of hindsight, it would be easy to dismiss it as a failure. Cars in a sprint race format that were far too expensive, on a calendar that didn’t lend itself to cost-saving either in the wake of the last true financial crisis.

It was first announced in 2008 before being showcased at Spa in 2009. It was met with mixed reactions from those in the industry, which disappointed Ratel who remembers ‘the whole motorsport world’ telling him ‘the championship is going to fail’.

Whatever we all thought of it at the time, there was no doubt it was an ambitious move by SRO to take the GT1 platform and give it World Championship status. 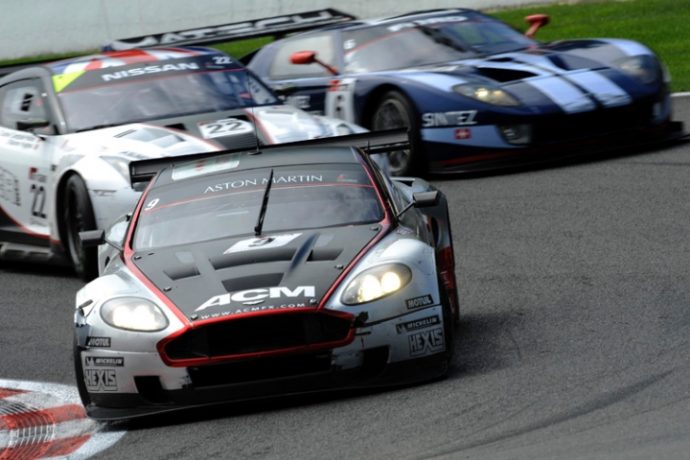 “I felt that if we did not present something to get our environment excited, we would really suffer and the GT1 World Championship was an attempt to persuade our partners that, in this difficult time, a World Championship title would help them to access better events, more sponsors, more TV. I saw there was value in a world championship title,” Ratel told DSC in a recent interview.

“The dream was to say we’re going to create something that was really different and spectacular.”

Ratel believed in his vision and to his credit managed to assemble a grid of existing and brand new GT1 cars from Nissan, Ford, Corvette, Aston Martin, Maserati and Lamborghini, all with two teams running two cars. 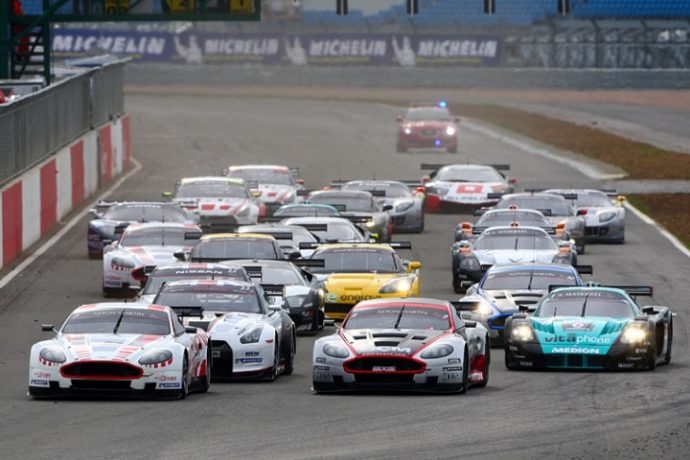 That level of structure is something we can only crave in modern GT3 racing where seemingly every major race features a rotating list of teams, cars and drivers, meaning very few take on the full-season and fight for titles. Sadly though, it only lasted two seasons (with true GT1 class cars).

Beyond Ratel however, when you speak to those involved there are fond memories aplenty from the two seasons in 2010 and 2011 which proved to be the last stand of GT1 as a platform, before the championship moved on briefly to running with (slightly) modified GT3 cars (below). 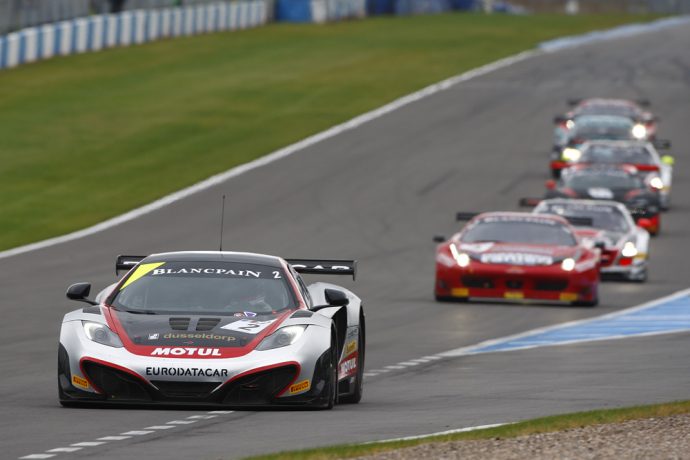 One driver who is vocal about his love for the short-lived championship is Peter Kox, a driver who drove a vast array of machinery in all four GT1 eras.

In the 90s he drove both the short and long tail McLarens before driving Prodrive’s Ferrari 550s and Aston Martin DBR9s in the early 2000s as well as helping Reiter Engineering develop the GT1 Murcielago. He frequented the Le Mans 24 Hours in the GT1 class, the Le Mans Series and the FIA GT during his career, but says the best championship he’s ever been a part of was the FIA GT1 World Championship.

“I loved it,” he said “It was really fantastic. I didn’t like it in the beginning because we weren’t competitive. But once we (Retier) improved I thought it was the best series ever. It’s such a shame that it died because you had good cars, drivers and teams.”

And it really was a struggle at times for him and the Reiter Engineering team. The updated LP670 R-SV Murcielago was a superior car to the previous model but Reiter was never able to match the All Inkl squad that was competitive throughout. 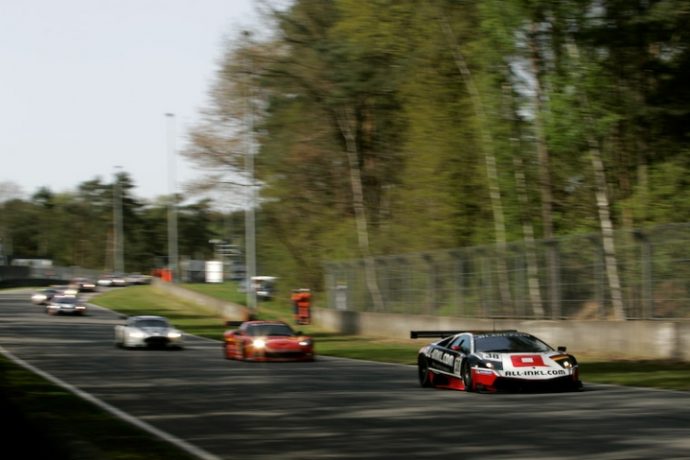 “The car was good, but as a team, even though we were the works team we struggled. This was due to the fact that Reiter was massively successful at that time with the Gallardo and Super Trofeo, so the GT1 programme was kind of shoved to one corner while All Inkl had the engine on a dyno and prepared. For us the GT1 car was not a priority, for us if everything else was done during the week then we would find time at the end of the week to focus on it.

“We did have some success, we were good at Paul Ricard and at Spa and almost won a race in 2010. That weekend in Spa in 2010 was outstanding for me personally too, because I drove the GT1 World Championship races, led the race on Saturday, then took pole in Super Trofeo and led in the first two stints of the Spa 24 with the Gallardo. That weekend I drove three very different Lambos all with different characters.

“It was a highlight for me, my best weekend ever.” 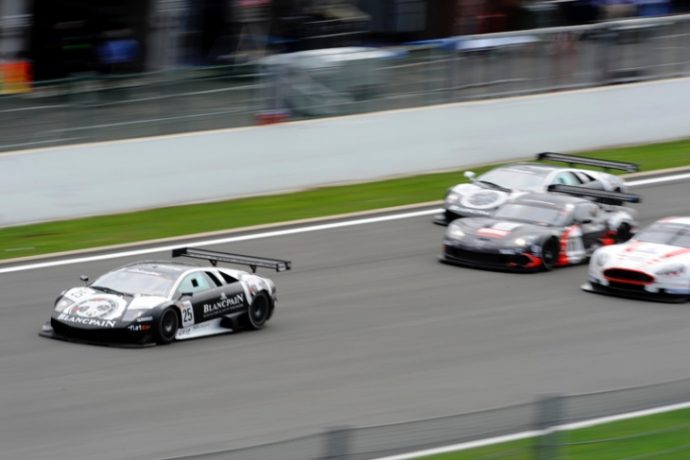 What else is the GT1 World Championship remembered for? Well, it had a reputation for poor driving standards, with so many major accidents, such as the highly controversial incident between Richard Westbrook and Stefan Mucke at Silverstone (below), which DSC discussed with Kox.

“That incident was a joke. For me that took the whole series down a level. The racing was really hard, so it’s a shame that when you think about that championship what comes to mind are incidents like that one.”

“It was like sim racing now, there were people driving each other off the road and crashing into each other like it costed nothing. So it could never last.

“It was real life sim racing, nobody cared, they crashed then carried on in the next race. In the end, the drivers were at fault, but that is how it goes when you have guys who all want to go for it in powerful cars.

“But the experience was just fantastic, I remember how much I enjoyed going to Argentina racing around a volcano crater for instance, fantastic, unbelievable.

“I just loved driving those cars, with sequential gearboxes and tons of power. Though I feel it now, I still feel pain in my right shoulder, I think I f**ked it by spending so much time in GT1 cars changing gears!” 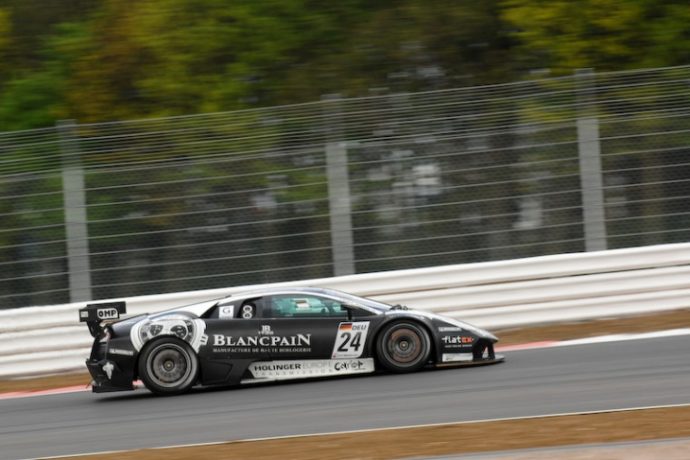 Even Andrea Bertolini, who won the 2010 title with Vitaphone Racing in a heavily pegged back MC12 in what would be its final major campaign, was quick to mention the tendency for races to spiral out of control.

“It really was expensive bumper cars wasn’t it?” He chuckled.

Though he like Peter Kox still really enjoyed being a part of it and thought it was a real shame that it died as quickly as it did. Though its demise did contribute to rise of GT3 racing around the world which eventually led to Stephane Ratel’s latest (and hugely successful) global GT product, the Intercontinental GT Challenge.

The FIA GT1 World Championship was entertaining, featured so many stunning cars and so many talented drivers, but will go down as a story of ‘what could have been?’ for SRO.

“It was not a big mistake to start the GT1 World Championship because somehow, the grid we’d put together was remarkable,” Ratel reflects. “The cars were extremely exciting, the racing was amazing and some of the destinations we visited were unforgettable because the motivation was to reach out to these emerging marketplaces. 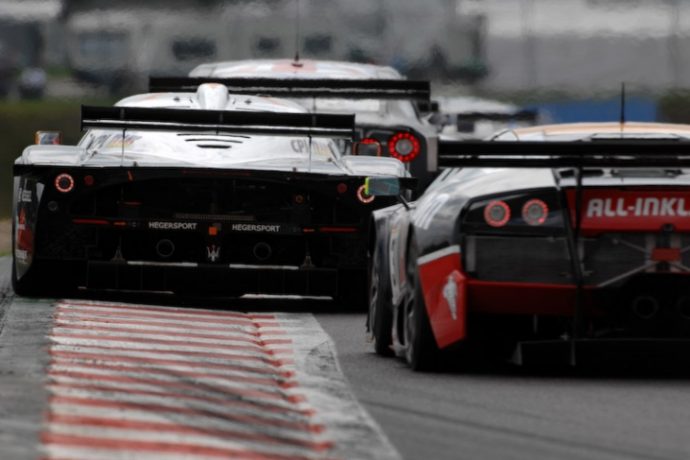 “The biggest mistake I’ve made in my professional life was not to start it, it was to continue in 2012.

“I should have done it and I didn’t!”