Double FIA World Drivers Champion in the WEC and 2017 Le Mans 24 Hours winner Brendon left sportscar racing for a single season in F1 with Toro Rosso, whilst the results and reliability weren’t there – read on to see what the rapid Kiwi took from the experience!

Best Car
The first obvious one is the Formula One car, the Toro Rosso STR13. 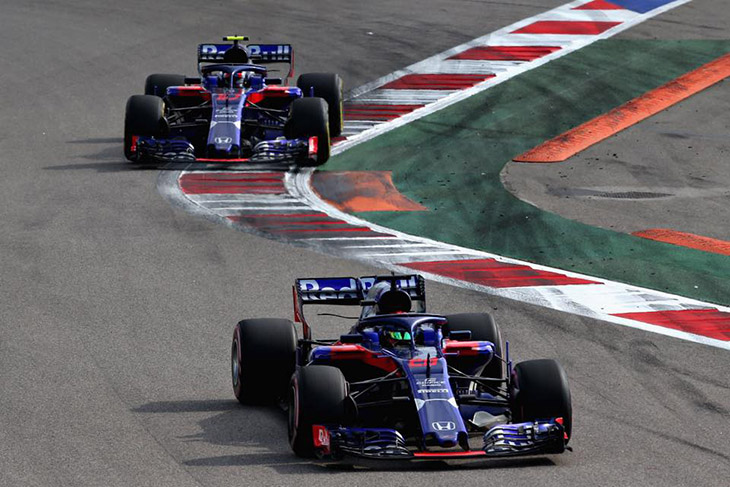 It’s the car I dreamed about when I was a little kid. I went around as a six-year-old telling everyone I was going to be a Formula One driver which was a completely ridiculous thing to think was ever going to happen but it did.

And although 2018 had some ups and downs. If I just think about a qualifying lap, in a Formula One car in one one of the quickest years in Formula One history, that was was unreal just mind-blowingly fast.

Sometimes even watching back the onboard videos after the session you’d have a moment thinking – was I really doing that? It looks like it’s in fast forward but when you’re plugged in and you’ve got the adrenaline running through your veins you’re totally immersed and it all feels natural and almost normal.

But even to this day when I watch it back it’s it looks incredible and it feels unbelievable to be driving those cars at that speed around the world.

Particularly in qualifying when you have low fuel, new tyres, that’s when that car just feels unreal.
Sometimes in the races proper, with tyres that degraded so quickly, there were frustrations, but if I just single out a qualifying lap of every weekend. Yeah, that that was pretty hard to match.

Another car I had a lot of success in was the Porsche 919 obviously. They’ll be the years of my life I look back at with the most smiles. Just working with Mark and Timo and all the Porsche team and then obviously the last season with Earl as well, a childhood buddy of mine. They were fun competitive times. 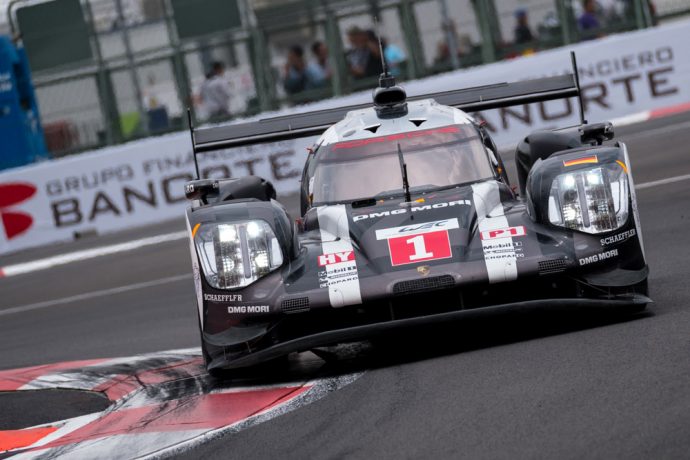 We were incredibly serious and we were having success but we also had a lot of fun and I yeah I think I’ll always cherish my time with the Porsche 919 and I’ll always look back on that with fond memories.

The other one is a bit of a funny one because it was the first time I drove a wings and slicks car I think it was a Swift DB4, a 1987 Formula Atlantic car.

I don’t know if I jumped in the car now whether I would have the same feeling and emotion. But when I was 13 I raced Formula Ford in New Zealand and doing quite well actually, I won a few races and finished second in the Championship.

That was what got me sponsorship and funding to do Formula Toyota and then to make the move to Europe with Red Bull. But a guy that that supported me from the word go when I hopped into single-seaters was Ken Smith, he’s a bit of a New Zealand racing legend – in his 70s now.

And he’s still quick – I wouldn’t want to go up against him in his formula in his back yard! He won the New Zealand Grand Prix this year.

So he was my first teammate in Formula Ford and he was tough to beat even though he was in his 60s then, but everyone took him seriously. He’s the most competitive racing driver I’ve ever met. And so to this day, at the racetrack, he’s as driven as ever to win.

He was a bit of a mentor for me when I was first started in single-seaters. He believed in me and he had contacts in America and he was trying to help me and then he was putting me in every car that he had.

In his garage, he had a collection of all sorts of cars. And part of that collection was two Swift DB4 Formula Atlantic cars, almost the same to what my dad raced in the 80s, though dad raced a Ralt.

So we did a classic race in these two perfectly prepared Swift’s and I’ll just never forget on my home track at Manfeild driving this Atlantic car with massive rear tires, skirts with big ground effects on the side pods that made the thing just stuck to the road like nothing I could imagine, particularly coming from Formula Ford with skinny little tires and no downforce at all. This thing had a Ford BDA engine, which just sounded amazing, with an ‘H’ pattern gearbox and I’ll just never I’ll never forget the feeling I had driving that car and I immediately felt at one with it. The balance was perfect. It did everything I wanted it to do.

And that was probably the quickest car I ever drove around my home track it just felt amazing. Probably if I drove it now, I might have a different feeling. I don’t know. But I’ll just always cherish the buzz and the butterflies in my stomach driving that car.

Worst Car?
The AC Cobra at Goodwood last year. I’m not having a go at the actual particular car. But just in general. I mean I had a smile on my face racing that thing. We weren’t fighting at the front of the field. I think there was a bit of discrepancy between some of those cars. It was an original car with some proper history. 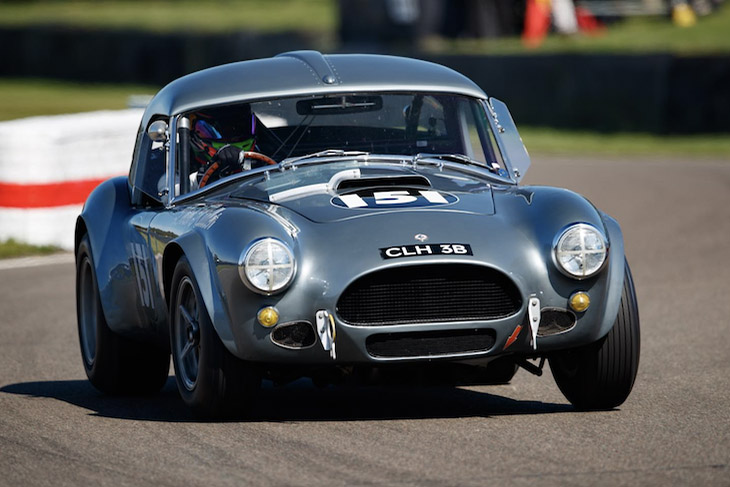 But just trying to understand and get the most out of that thing. I mean, most cars I’ve jumped into and I’ve done a lot of classic racing I’ve driven Minis, I’ve driven old Formula One cars and I’ve driven big old Mustangs.

I kind of understood and got on with most of them but that Cobra was just weird. I mean it didn’t brake, it didn’t turn. To get it to turn you actually have to use the throttle. You either understeered off into the grass or you put your foot on the throttle to get the things sideways there was nothing in between and I mean a lot of fun but just horrible! (DSC checked with the car owner – it seems the Cobra was diagnosed post-meeting with a failed damper!)

Dream Car
I’ve always been a big fan of World of Outlaws. The dirt track racing game is quite popular in New Zealand. Open wheelers, massive wings on the top, 900 horsepower. 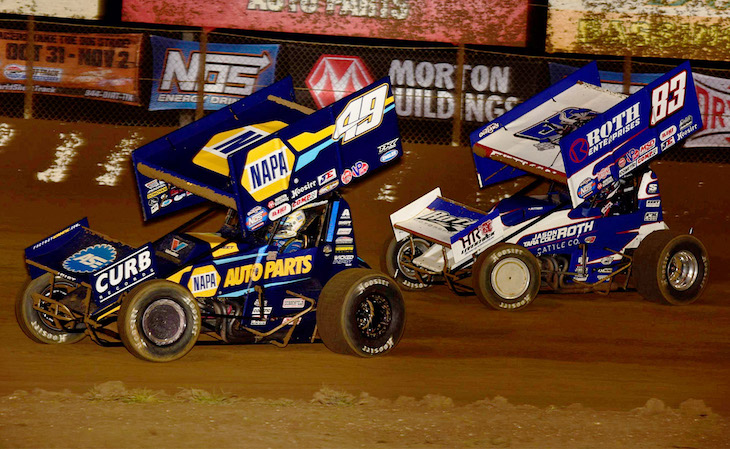 My brother did a bit of racing in sprint cars and I did actually do one race once upon a time. We wangled to get a licence in a day I did a test session in the morning and I went into the race. And it was probably the most exhilarating thing I’ve ever done. 900 horsepower, the thing weighs 500 kilos or so. So power to weight is off the charts. It was just mental.

I’ve always said to people I’d love to actually do a race in the US. I’d need a bit of preparation. I’d need to do some practice, but I’d love to give it a go. The thing scared me but it was a good scared!

I’ve driven so many different racecars in my life. So I feel incredibly lucky. On tarmac, there are not many types of cars that I haven’t driven. I’ve done a bit of classic racing, I’ve driven Formula One,

I’ve driven modern LMP1 cars, I’ve been incredibly lucky. So a massive sidestep, something completely different is something I’ve always said I’d love to go and do in the US and give it a crack.