French media reports suggest that Renault is examining options at reducing production capacity to lower its spending by 2 billion euros by 2022.

Renault is not alone in having suffered catastrophic sales reductions during the COVID19 crisis and has borrowed 5 Billion Euros recently from the French government to stay afloat.

Reports suggest that 4 production plants could be closing down: Choisy-Le-Roi, Fonderies de Bretagne, Flins… and Dieppe, which is the historical base of Alpine

The Dieppe plant opened in 1969 and currently has 385 employees including 151 recent recruits to support the production of the new A110, part of a 35 million Euro investment to modernise and upgrade the plant.

The new A110 has received excellent reviews with strong sales until the current crisis, at least 5000 cars have already emerged from the Dieppe plant since the new cars 2017 launch. (By comparison, 7579 ‘classic’  Berlinettes were produced in the 16-year production run).

Two more years’ worth of production is currently planned for the A110.

Renault will reveal its plans on May 29.

An update to the 2020 season calendar of the International GT Open has been issued, the latest response from Series organisers GT Sport to the Covid-19 crisis. 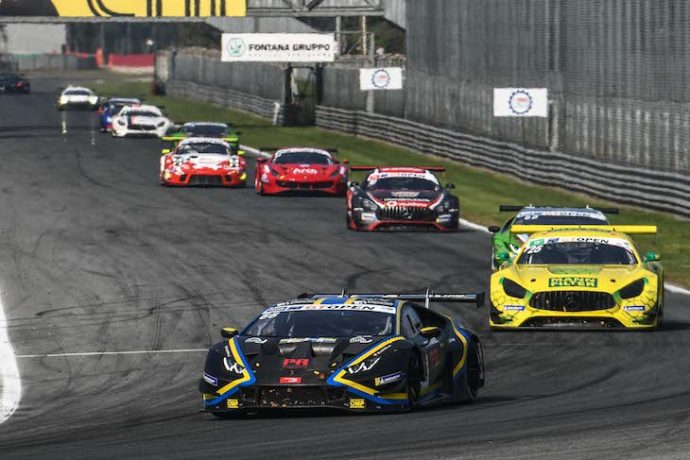 Six events are now planned, one fewer than originally scheduled, the Hockenheim round, for which a workable alternative date could not be found, is cancelled.

GT Sport is currently working with all concerned parties to establish the protocols that will allow holding the events in safe conditions for all.

Teams in GT World Challenge Europe have received details of how Championship organisers SRO plan to manage their return to racing’s restrictions are eased after lockdown measures imposed for the COVID19 outbreak. 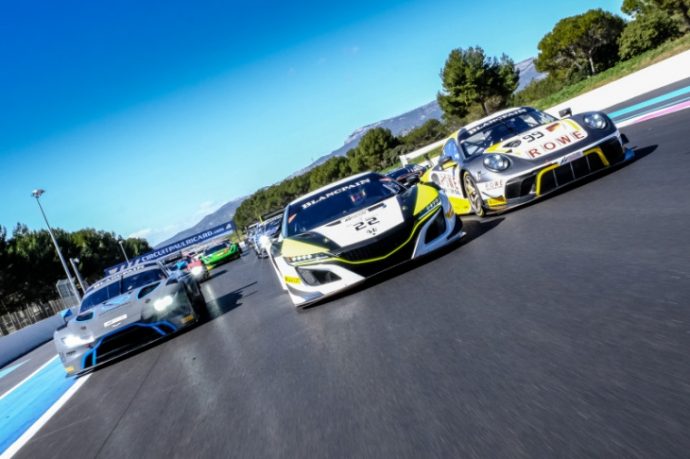 Key to the arrangements is SRO’s classification of events depending on the level of public access being granted.

The measures revealed thus far cover only Phase 1 events – those with no public access permitted.

The measures suggested cover a wide range of issues including restrictions on personnel and others permitted to attend events, the establishment of contained ‘cells’ of personnel including advice and controls on the interaction between cells both at the event, travelling to and from events and accommodation arrangements at events.

VIP guests, Team PR and most media will not be permitted to attend Phase 1 events.  TV production teams, SRO’s own media team and official photographers will be allowed to attend but all will be subject to the same strict protocols that will apply to all team personnel – including drivers.

These include the wearing of face masks at all times, except when full-face helmets are worn. Catering in the paddock will be strictly limited and controlled, there will be no podium ceremonies.

Further measures are still under consideration including full, or limited cleaning/ disinfection of cockpits at driver change pit stops, if introduced a change to the sporting regulations would be brought forward to amend minimum pit stop times.

With the pace of easing of restrictions at national, regional and local levels expected to remain fluid for some time the final arrangements, classification of planned events, and indeed the final calendars, are far from complete for this and all other Series.

The Nürburgring Langstreken Series (née VLN) too is preparing to get back to racing with events set to take place at present behind closed doors.

That’s trickier than for most Series when the unique nature of the Nurburgring is taken into account but attendance around the circuit is to be actively discouraged with car parks and main spectator areas closed and with security staff present.

Around the Grand Prix circuit, grandstands will also be closed and there will be no public access to the paddock.

A regular NLS race would see up to six cars in each pt garage, the close working conditions that would require are not though appropriate to the current situation. All garages will then be closed with the cars allocated a working area in a 58,000-square-metre paddock. 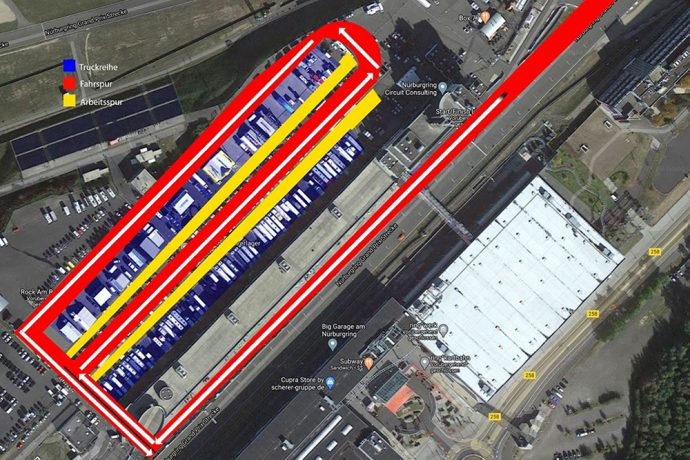 Circuit access is via the pit lane, access from the paddock to the pit lane where the cars will continue to be refuelled will be via the first pit garage.

VLN had already used a similar solution in 2002 when the new pit building was built at the Nürburgring. At that time, the start-finish straight served as a makeshift pit lane.

Access to the paddock will be restricted to a minimum of people and face masks must be worn.

All meetings will be held remotely and there will be no podium ceremonies.

Access control takes place contactlessly and a general mask requirement applies. Only a number of helpers to be defined is permitted per vehicle, which must be documented by the team. All forms of meetings are held digitally. The document acceptance takes place in compliance with all hygiene measures, bundled with only one person per team. The award ceremony – after the race on the podium and that of all class winners in the evening in the Media Center of the Nürburgring – will be waived.