The 2020 BH Auction SMBC Suzuka 10 Hours, which was scheduled to host Asia’s Intercontinental GT Challenge round on August 21-23, has been cancelled.

Circuit owners, Mobilityland Corporation, have based their decision on several key factors: preventative Covid-19 measures enacted by Japan and internationally could remain in place throughout the summer, while an already packed autumn schedule provides no opportunity to reschedule the 49th Summer Endurance Race later in the year.

Intercontinental GT Challenge organisers, SRO Motorsports Group, are currently working on a potential opportunity to stage a fifth event elsewhere. A decision is expected before the end of June.

Kaoru Tanaka, President Representative Director of Mobilityland Corporation: “We have decided to cancel the BH Auction SMBC Suzuka 10 Hours Endurance Race in light of the nature of this race event with many participant teams coming from Europe and other countries around the world.

“The parade of the cars participating in the Suzuka 10 Hours on the public roads, which was held by the City of Suzuka for the first time last year as a historic first step, will also be cancelled. 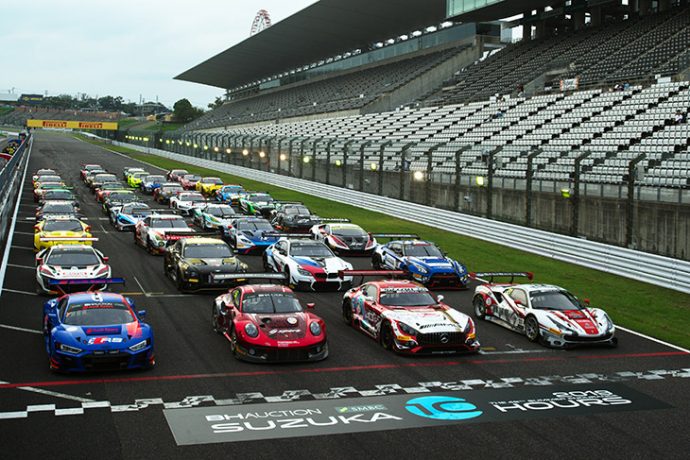 “We want to express our regrets to all the fans who were looking forward to attending the Suzuka 10 Hours and all of the other stakeholders involved in this race event and ask for a kind understanding regarding this unavoidable cancellation.”

The inaugural Indianapolis 8 Hour is now scheduled to host round two of this season’s Intercontinental GT Challenge on October 2-4, a weekend that also features the prestigious IndyCar Series. GT World Challenge America Powered by AWS entries will take on their international counterparts in the Brickyard’s first eight-hour race, while GT4 America and TC America add to a quality support package.

The Total 24 Hours of Spa and Kyalami 9 Hour currently complete this year’s schedule. The Spa race is set to take place even if it has to be held behind closed doors