After the announcement yesterday of a heavily revised calendar for the 2020/21 Asian Le Mans Series, DSC caught up with Managing Director Cyrille Taesch Wahlen to find out exactly what was behind the decision to condense the season into a three week period in January 2021 as part of their response to the challenges of the COVID-19 crisis.

“It is a heavily revised calendar. Indeed that might not be perceived as the ideal motor racing calendar for fans looking back at what our plans were when we announced The 2020/2021 calendar on April 6, namely with our first trip to Suzuka, returning to Shanghai and then on to South East Asia. 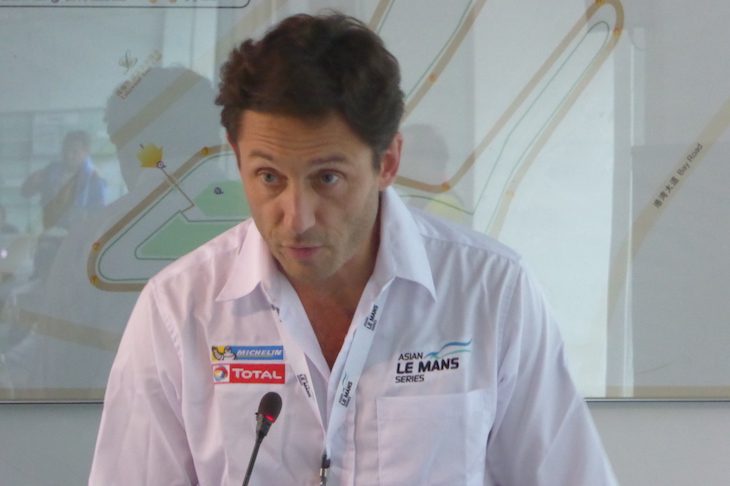 “But of course, as we all know, we are all facing extraordinary times. We decided many weeks ago, to get in touch with the teams and to have a real deep conversation with them on a very, very regular basis keeping them updated on ideas and thoughts.

“We have shared lots of things and they have been asked to share their views and make some proposals too.

“Eventually though, I am the one having to draw a line to keep it balanced. And I have to say that I’m very, very pleased that we got unanimous agreement and support from not only the teams and of course, the ACO and Pierre Fillon, but also the Series Partners as well.

“And of course, having managed to keep a four-race format calendar, even if it is very condensed, I want to see it as a business decision which makes sense, which will turn into a real endurance racing challenge for all these teams. It’s not going to be easy.

“Don’t get me wrong. I’m not doing this for so many years to end up having only two race tracks on a calendar albeit both grade one facilities and with such a condensed calendar, but everybody is facing and going through these difficult times. Some major championships have not even started yet.

those four races will include different types of races: daylight, twilight, night racing will all feature

“The announcement of our revised calendar is the result of a combination of so many factors that for us and for Pierre Fillon seem to be the most sensible path in order to protect our paddock and customers.

“But remember too that those four races will include different types of races: daylight, twilight, night racing will all feature. So it’s going to be intense, interesting and challenging as well. So I think all the elements of hard and high quality, top-level endurance racing will be kept over this very, very condensed calendar.”

Having spoken to a number of teams, the immediate response from them has been pretty universally positive with pretty major cost savings coming into this, of course, without the logistics that would have been required for Japan and for China.

Also, some appreciation that this will make keeping the paddock safe in the current and continuing crisis, a rather easier proposition.

And thirdly, that I think they’ve all been very pleased, indeed, that do feel as if some of the concerns they’ve had have been listened to?

And in particular, that this frees up two other matters, which certainly European teams have got concerns about. One is the potential for further changes to the European calendars. And the second one is that it frees up some very valuable testing time, which of course, they’ve not really been able to do over the last two or three months.

“Yes, it’s ticking a lot of boxes at the same time.

“First and foremost, I really hope and I’m very confident that ELMS can start racing at Paul Ricard in July, which is very important for the ACO pyramid, and for the teams.

“In Asia, we don’t have a kind of EU border. When it will all open in Europe, people will be free to travel in and out from Germany to France and Italy, etc. and hopefully without quarantine.

“This doesn’t exist in Asia.

“We’re in June, Le Mans was supposed to be in a fortnight and usually at that time of the year Asian Le Mans teams have already started to enter.

“With a load of uncertainty and the question mark on the travel restrictions and visa situations we may face in Asia later on this year, we have everyone sitting on the fence and this is something as a race promoter the ACO and Asian Le Mans can’t afford.

“This would not be going in the right direction if we would have decided to wait another month or two for clarification because it would not give the teams enough notice, this is not giving clarity or visibility.

“Hence the decision-making process which was to make it public as soon as we had a plan agreed with our partners: Total, Michelin and Agile and all the teams involved in the process of the brainstorming that we had together.

“Travel restriction is something which in Asia might not be as easy as we see it within the EU borders, but also you have to take into account the fact that teams may struggle with their finances and their business case as we come out of this crisis.

“One of the best ways for us to help this was to make sure that no one would have to airfreight any equipment. By doing sea freight for both inbound and outbound, and by finishing a month earlier than we did for the last season we thought that it was the most sensible way to really design a cost-effective platform for the teams whilst retaining the quality of what we’re doing, not compromising the quality of the product.

“We also had to take into account that, just like in Europe, in Asia too, lots of championships have had to revise their calendars.

“Some of them are now clashing with some of the previous Asian Le Mans calendar dates. And some of our Asian team enter multiple championships in Asia. So, we would have been facing an additional situation, some of the Asian teams having to deal with two races on the same date.

“So when viewed all together, it seems that the option we have taken is very good for the teams because they will save on cost. We will maintain four x four-hour races, we will avoid major clashes, everybody can sea freight.

“As a race promoter, the ACO and Asian Le Mans Series must take care of the teams because if we want Series to survive and get through these difficult times, we need to make sure that we have good grids. To have good grids, we need teams on the grid. For them to field cars, they need to sell very attractive and very interesting packages.

“And travelling to Southeast Asia for three weeks makes it much more realistic than having to travel to four different countries in the context of the current situation where the ease of travel restrictions is not yet known when it comes to Asia.”

Just how tough is this, from the perspective of a race organiser?

There are so many unknowns in terms of government action, in terms of the state of the marketplace. Just how tough a period has this been from the perspective of someone trying to deliver, and for that matter to build, an emerging product in what’s been a new marketplace over the last two or three years for ACO rules racing?

“It is tough, but I can’t complain. It is such an amazing challenge for the ACO to build a platform in Asia.

“We had a very tough season last year, the best probably so far for on-track quality and quantity, but one of the worst for the off-track challenges.

“You were with us and you know exactly what I’m talking about. So, we are used to facing, and beating challenges. But, the end of the day, I have to say that the way the Asian Le Mans team has worked together now for four or five years, which was already a remote team working, because we are spread over, Singapore, China, Malaysia, Spain, Portugal, Australia, France, the UK, that we didn’t have really to adapt to the containment and to the lockdown in all these countries.

“For us, it didn’t change the way we worked. So for us, that part of the situation at least was not a problem.

“The tough part has been because the situation has changed so many times, day after day, week after week for almost three months knowing that at some point you really want to make a decision, which serves the interests of a series promoter and your customers, the teams and their gentlemen drivers and the whole paddock.

“We have been, of course, in contact with Japan, China, Malaysia, Thailand. It would have been great for us to go to Suzuka for the first time and it would have been nice to go to Shanghai after that and have this four-country calendar that we designed which was already quite condensed over 60 days. 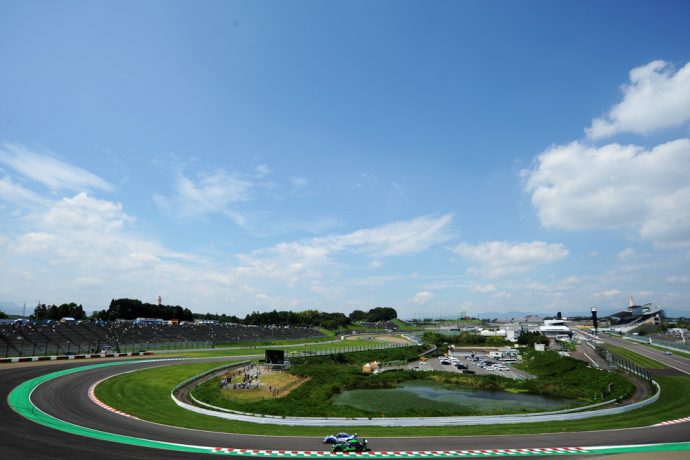 “We really managed to put together a nice four-country calendar in the first place but when you feel that you will not be in the position to guarantee anything really safe and optimistic for months, then we decided to make the decision to go down this route with the teams which apparently makes almost everybody happy.

“But that said, that doesn’t mean that we have no further ambition when it comes to the development of the Series, and to keep expanding the footprint of the Asia Le Mans Series in the years to come.

“And of course for the 2021/ 22 season for us, going to Suzuka is a must, and China is a very important market. 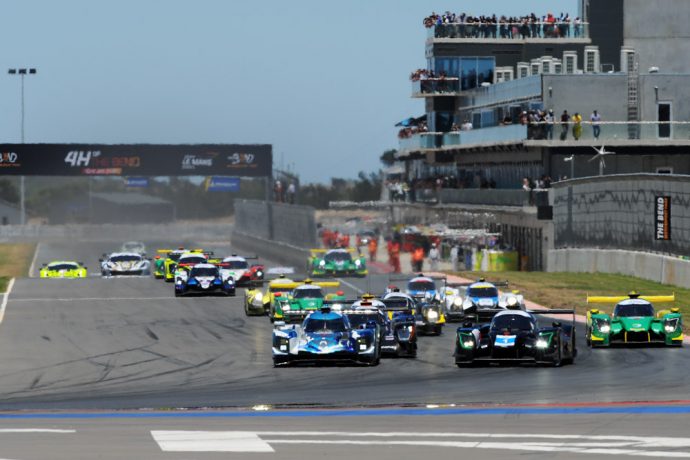 “Hopefully what we can provide is a very, very competitive and very good, and cost-effective racing season, even if it’s going to be, as I said previously, a very tough endurance challenge over three weeks.