With again grateful thanks to a DSC reader, this time to Laurent Mahiet, here’s another selection of never before published period photographs, this time from the 1979 Le Mans 24 Hours. The picture top shows the starting grid with the Porsche 935 shared by John Fitzpatrick and Harald Grohs front and centre!

Here’s the then, 20-year-old Laurent himself posing with the #77 Mazda Auto Tokyo RX7 that failed to qualify for the race in the hands of Yojiro Terada, Tetsu Ikuzawa and Claude Buchet. 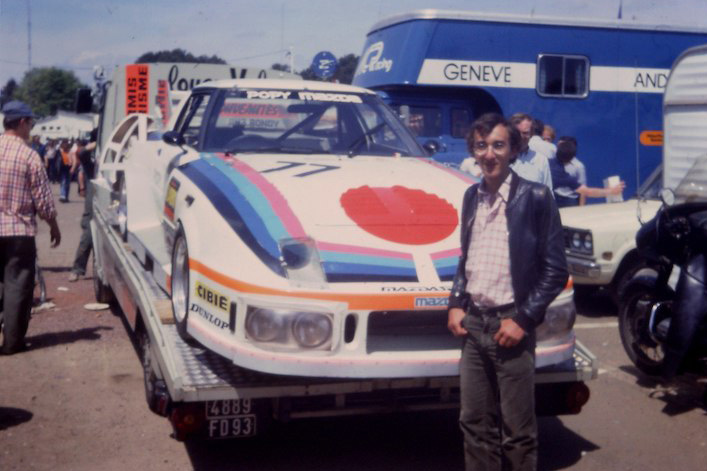 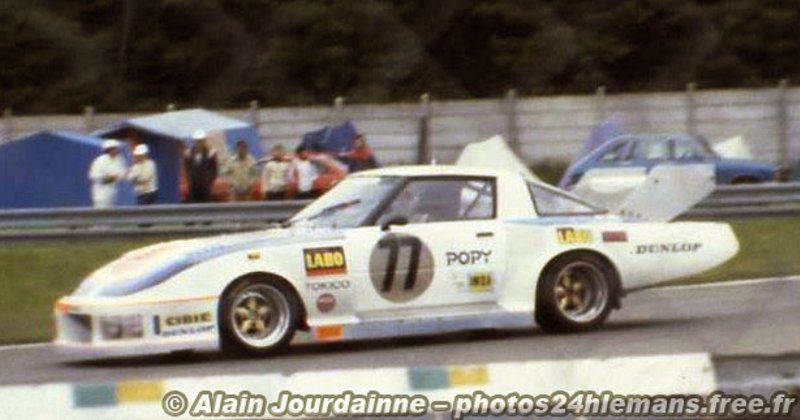 Also spotted in the paddock was one of the IMSA-spec Porsche 935s, this car the #74 entered by Jean-Pierre Jarier, then a Tyrell F1 driver, and shared by the with American Randy Townsend and Frenchman Raymond Touroul. The car would be out with engine failure before night fell. 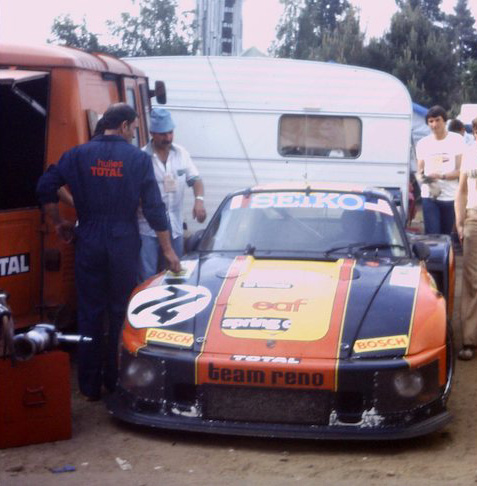 A face spotted in the paddock is a female driver sadly now often forgotten nowadays.

Anne-Charlotte Verney was making the 6th of ten consecutive starts at Le Mans in 1979, and would finish on the class podium in the Porsche 934 she shared with Patrick Bardinon and three-time Dakar Rally winner René Metge.

Her ten starts would yield five class podium finishes, including a class win in 1978 and sixth overall in 1981. She is better known by some as the team-mate to the son of then UK Prime Minister Mark Thatcher when they became lost for five days during the 1982 Dakar Rally. 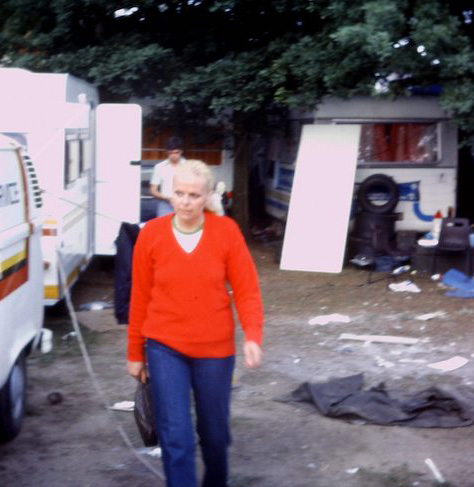 Next up a grid picture featuring cars of sharply differing fates during the race.

The #6 and #7 DOME Zero RLs though would both be early retirements Bob Evans and Tony Trimmer managing only 25 laps in the #7 car, Trimmer, Chris Craft and Gordon Spice struggling on to 40 laps before retirement in the #6. 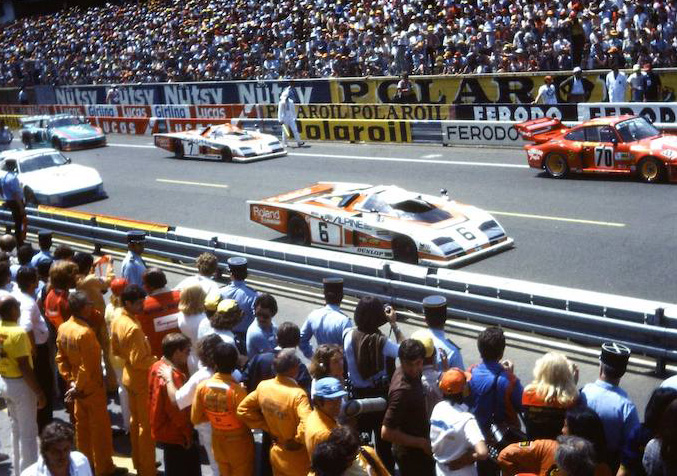 There would be a top 20 finish and a class podium for the #15 De Cadenet Lola T380, Simon Philips and Martin Raymond joined by Ray Mallock in an all British crew. 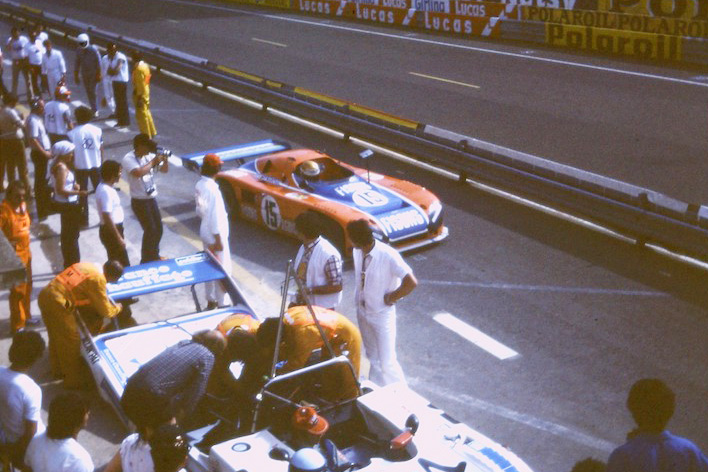 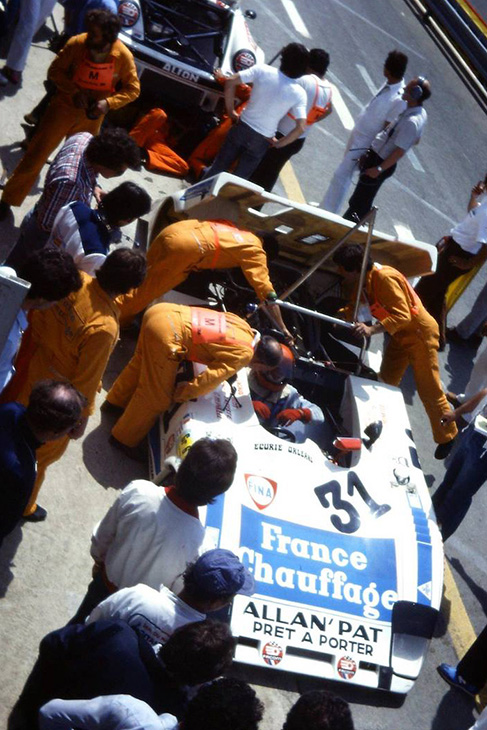 Swiss entrant Claude Haldi would finish 11th and just off the Group 5 class podium in his Porsche 935. 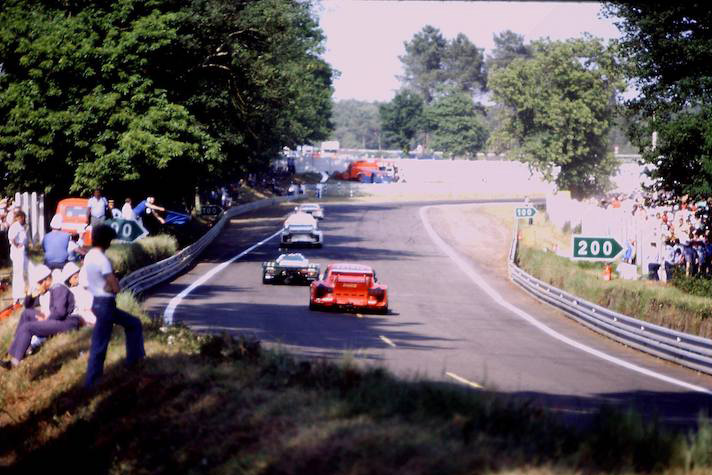 The #39 Porsche 935 would come home 15th with a crew that included Frédéric Alliot, brother of F1 driver Philippe. 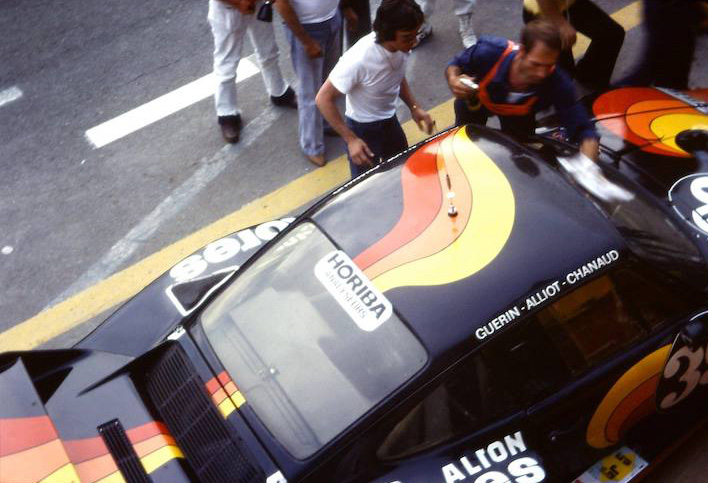 The Porsche 936 would have their days at Le Mans, 1979 was not one of them! The eventual winning car is hot on the heels of the Ickx/ Redman/ Barth car in an early race battle. The #12 Team Essex 936 would DNF. 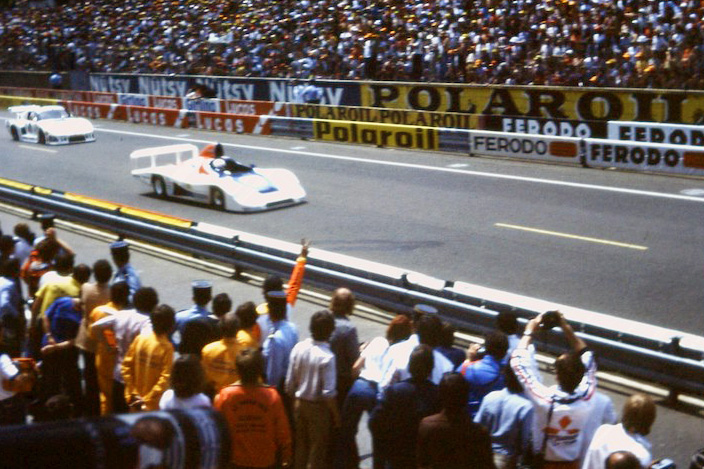 As would the sister #14 936 of Hurley Haywood and Bob Wollek. 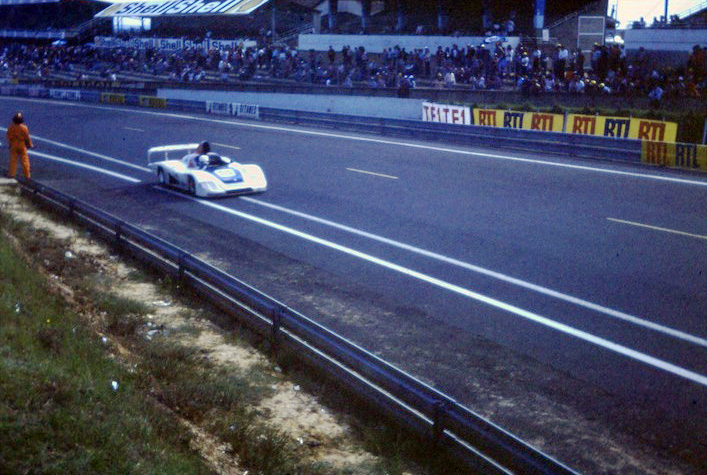 Finally, there’s the crowd-pleasing De Tomaso Pantera! The #35 though would not make it home as a classified runner despite the best efforts of Gianfranco Brancitelli and co! 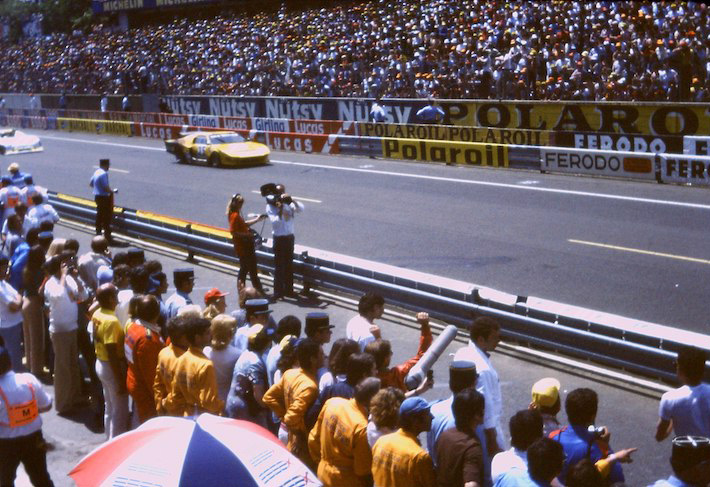