Simoncic’s time of 3:23.380 was just under a quarter of a second clear from the best effort of fellow Pro Sim-racer Arne Schoonvliet for E-Team WRT.

The next three places on the grid were also filled by Sim racers (Devin Braune – 2Seas Motorsport, Jack Keithley – Rebellion Williams Esport, and Team Redline’s Atze Kerkhof) before the first of the real world Pros popped up to complete the third row of the grid, Stoffel Vandoorne some 6 tenths off pole in his Veloce Esports ORECA effort.

In GTE the top two rows were filled by Porsche contenders with the Sim Pros again holding sway. 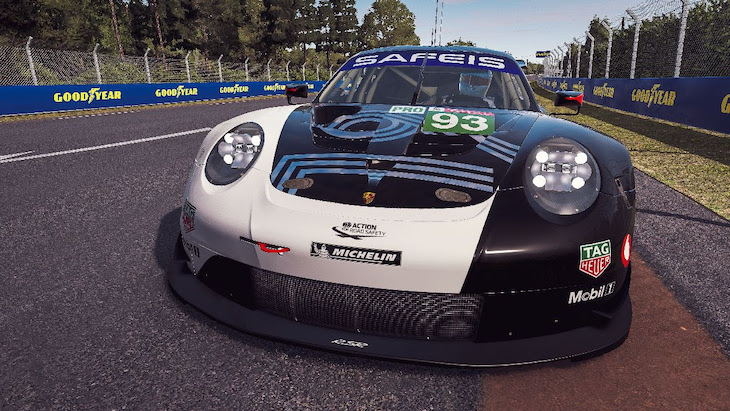 Joshua Rogers put the #93 Porsche Esports 911 RSR on top with a late session 3:46.550 over half a second ahead of Porsche team-mate Mitchell de Jong in the #91.

Next up was Kevin van Dooren in the #88 Dempsey-Proton Racing Porsche.  Jeremy Boutelop completed row 2 in the in #92 factory Porsche.

The fastest real-world Pro came next up with Lasse Sorensen in the #95 Aston Martin Racing Vantage GTE.

The race gets underway on Saturday at 3 pm CEST (2 pm BST).

Full details of how to follow the action will be on DSC tomorrow morning.