David Jahn returns to ADAC GT Masters for 2020 with KÜS Team 75 Bernhard and will share the cockpit of the Porsche with Series newcomer Jannes Fittje.

“Of course, I’m looking forward to the season ahead, and above all, to being back with KÜS Team75 Bernhard,” said Jahn. “It’s going to be great! We were very successful together. I’m also really looking forward to driving the new Porsche 911 GT3 R. I’ve already been out in it once but will now be able to test it properly and really put the car through its paces. Working with my new team mate should be good too. I’ve not actually met him yet but am fairly sure that we’ll get on well together.”

Team Principal Timo Bernhard added: “Even though it’s later than planned, we’re delighted that we’ll soon be lining up to contest the 2020 season of the ADAC GT Masters. Everyone in the outfit is well prepared and really looking forward to the first race weekend. Jannes Fittje and David Jahn in car number 18 should make a terrific pairing.”

Franck Perera and Albert Costa will be working to challenge for the ADAC GT Masters title in the #63 GRT Grasser Racing Team Lamborghini Huracán GT3 Evo. 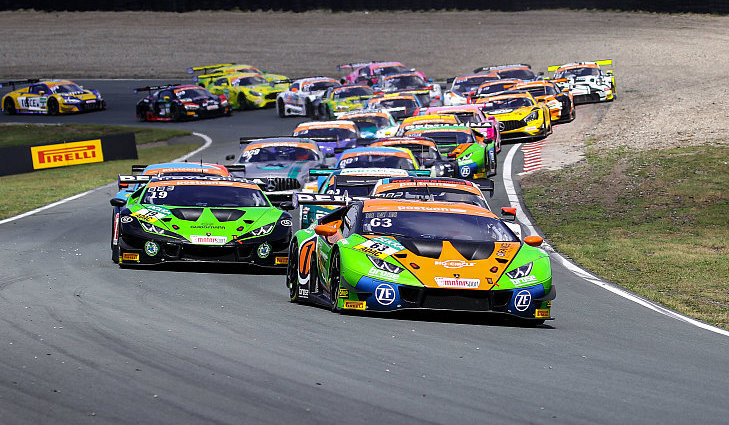 Former Toyota F1 test driver Perera has prior knowledge of the team and the ADAC GT Masters, having already won races and scored pole positions in the series. His Spanish team-mate has made only two guest starts in GT Masters back in 2017, so for him, it will be relatively uncharted territory.

“It’s important that we’re up there among the front-runners right from the start,” says Perera. “In the ADAC GT Masters, you can’t afford to get your season off to a slow start, because the competition is getting tougher every year. So it’s good that both the team and I already have a lot of experience in the series. This will make it easier for Albert to adapt to the ADAC GT Masters and to learn quickly. I made his acquaintance at the 24 Hours of Daytona, and we got on well together right away. We’ll make a good team.”

“I already had a good year with Rolf Ineichen in 2019 when we almost always qualified near the front of the grid. Lamborghini have really made a big step forward with the Evo version of the Huracán GT3. That was already evident last year when the car was fast on all the tracks on the calendar. Consequently, the only objective for us has to be the title. However, we know only too well how competitive the ADAC GT Masters is.”

30-year-old Costa is also aware of the challenge, having got a feel for the ADAC GT Masters when he stood in for the injured Daniel Keilwitz at the Nürburgring in 2018, sharing a Callaway-Corvette with subsequent champion Jules Gounon:

“I realised back then the high standard of competition. Now I’m looking forward to my first full season in the series as a Lamborghini works driver. I’m excited about the prospect because the ADAC GT Masters is one of the world’s most prestigious racing series and Grasser are absolutely one of the top teams.

“I’ve already driven for Grasser and partnered Franck in the 24 Hours of Daytona. That will certainly be a big help because a lot of things are new to me. For example, there are four circuits I don’t know yet – the Lausitzring, the Sachsenring, Zandvoort and Oschersleben. I will be preparing for the new tracks on the race simulator. The experience I gained in 2017 will certainly come in handy. For example, I know the routine for the weekend and how it differs from other series I have previously competed in.”

In addition to the Huracán GT3 Evo driven by Perera and Costa, GRT Grasser Racing Team will be fielding two further Lamborghinis: Niels Lagrange will partner Clemens Schmid, while Steijn Schothorst will share a cockpit with Tim Zimmermann.

Igor Walilko (pictured below) and Mike Beckhusen will line up together in an Audi prepared by BWT Mücke Motorsport for the 2020 ADAC GT Masters. 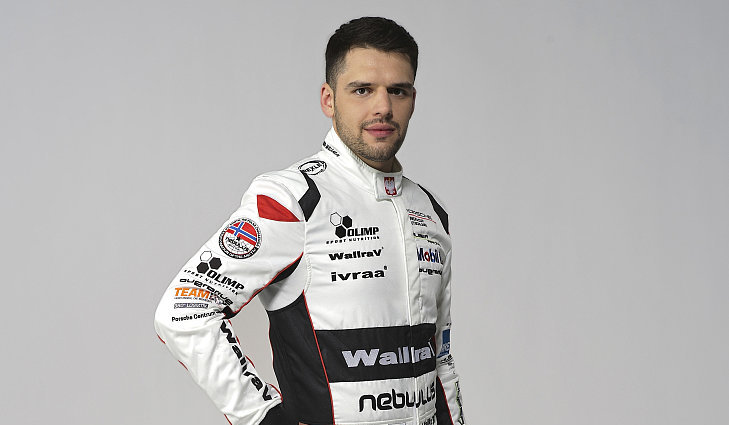 Walilko came to motorsport through his father, who used to race motorcycles until he was involved in an accident:

“I was always at the races with him. I got a kart following the incident that ended his career. I competed in the Polish championship for the first time aged ten. In the years that followed, I contested the European and World Championships, going up against the likes of Max Verstappen, Charles Leclerc and many other drivers who are in Formula 1 today.”

He moved to the Formel ADAC in 2014 where he was in competition with many of the drivers he will now meet again in GT Masters. Of the top ten drivers from that year, no fewer than six of them are in the 2020 ADAC GT Masters line-up.

“The 2014 cohort was particularly strong,” said Walilko. “I learned a great deal in the course of the season and gained a lot of experience which helped me immensely later in my career.”

He switched to the Porsche Cup in 2018 after a few more seasons in open-wheel racing: “Formula racing was becoming harder for us to justify financially, so we looked around for something else. We thought that the Porsche Cup was our best option because the cars have no driver aids such as ABS or traction control. That teaches you a lot and gives you a good feel for a racing car, plus, the standard in the series is very high.”

22-year-old Walilko now feels ready to tackle the ADAC GT Masters: “Aerodynamics played an important role in single-seater racing, and I got my first experience of racing sports cars in a Porsche. I can now combine the two, driving a GT3 car.” At BWT Mücke Motorsport, he will be racing for an outfit, with which he is very familiar: “I did some testing with Mücke when I was in the Formel ADAC. We stayed in touch subsequently and have now decided to join forces in the ADAC GT Masters.”

Walilko tested the Audi R8 LMS that he will race this year earlier in March and told us: “The huge amount of downforce made the car feel awesome, especially in the fast turns. It felt mega. The brakes are the main thing that makes the Porsche Cup car feel so very different because you can brake much later in the Audi, in some instances, as much 50 metres further down the track. I had to get used to it at first, but driving a GT3 car is certainly very entertaining.”

Walilko and partner Mike Beckhusen are the pairing with perhaps the least amount of GT3 experience in the whole of the starting field since the ADAC GT Masters is also new to Beckhusen as he moves up from the ADAC GT4 Germany. Consequently, Walilko sees the coming season primarily as a year of learning on the job. Nevertheless, results are still important.

Walilko: “I don’t really know Mike very well yet. We met for the first time during testing at Autodrom Most, but I’m pretty sure that we’ll work well together. It will be the first time that I’ve shared a car, but I’m looking forward to it. The ADAC GT Masters is new to both of us, but we want to be contenders upfront in the Pirelli Junior classification. I will do my utmost to be among the front-runners, but I don’t want to put myself under any pressure. I’m going to learn as much as I can because I aim to be a competitor in the ADAC GT Masters for many years to come.”

Series newcomer Walilko is particularly looking forward to racing at the Lausitzring: “That will be like a home fixture for me, as I live in Zielona Gora which is only some 140 kilometres away. It’s been a while since I’ve driven at Oschersleben, but I’m pleased to be lining up there. I hope I can impress the Polish fans and increase interest in the ADAC GT Masters back home, because this is one of the best racing series in the world, and it’s great to be part of it now.”