No Sign Of Movement on Major Events In France and Germany

The recovery of motorsport getting back to racing staggers ahead though there remain much uncertainty and confusion about the status of very many events.

Latest reports from both France and Germany suggest no imminent lifting of restrictions on mass attendance events, in the case of France the current controls are in place until at least the end of August, with Le Mans week set to be mid-September.

Germany meanwhile appears to have reinforced its controls to extend bars on attendance at major events until at least the end of October, thereby currently counting out significant public attendance at the 24 Hours of the Nürburgring.

The announcement by Formula E meanwhile that they are to complete their delayed season with three double-header meetings in August, all at Berlin’s historic Tempelhof Airfield may well have some knock-on effects for other race meetings. 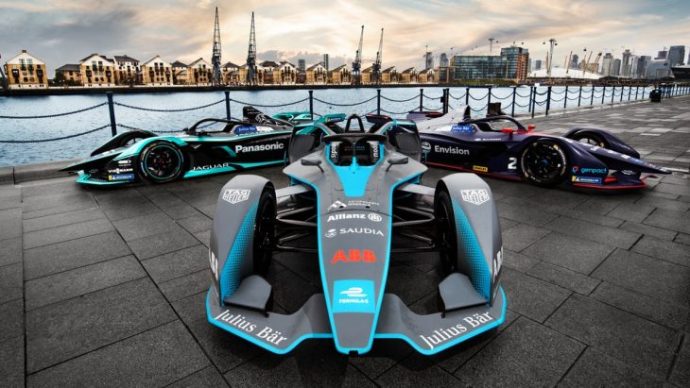 The Formula E events will take place on August 5/6, August 8/9 and August 12/13, the latter event clashing with the first day of track action for the FIA WEC back to racing event at Spa Francorchamps.

Having opened its season on 6-8 March at Circuit of the Americas, GT World Challenge America Powered by AWS will also be the first to resume when it races at VIR. This will be followed by events at Sonoma Raceway (7-9 August), Road America (28-30 August), Watkins Glen (18-29 September), and Indianapolis Motor Speedway (2-4 October), the latter taking place alongside Intercontinental GT Challenge Powered by Pirelli.

GT World Challenge Europe Powered by AWS will be the next to hit the track, with the Imola opener followed by trips to Misano (7-9 August), Nürburgring (5-6 September), Magny-Cours (11-13 September), Zandvoort (25-27 September) and Circuit de Barcelona-Catalunya (9-11 October). The series will then stage its marquee contest, the Total 24 Hours of Spa, which is scheduled for 22-25 October. The European season concludes at Circuit Paul Ricard, which stages its traditional six-hour contest on 13-15 November.

The GT World Challenge Asia Powered by AWS campaign will begin at Sepang on 12-13 September before heading to Shanghai (17-18 October) for its maiden three-hour endurance race. A second Chinese round will follow on 31 October-1 November, with the circuit due to be announced shortly. Finally, the Asian series will stage the deciding GT World Challenge Powered by AWS event of the season when it returns to Sepang on 5-6 December. 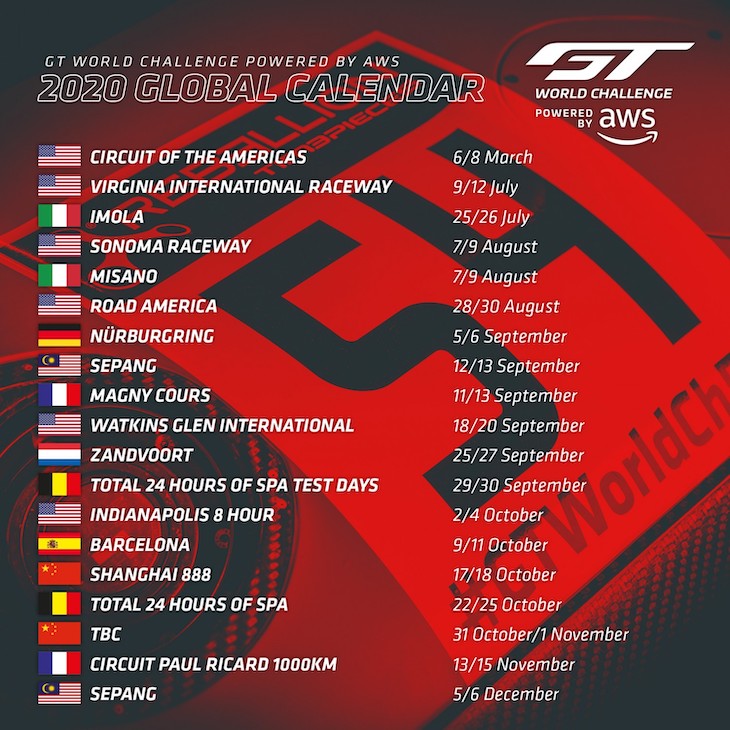 All 18 rounds will be broadcast live and in full on the championship’s official website and across its social media platforms, while extensive international TV coverage will take the action into households across the globe. With its plans now firmly in position, GT World Challenge Powered by AWS is ready to race again.

Stephane Ratel, SRO Motorsports Group founder and CEO: “I am very proud to present the revised global GT World Challenge Powered by AWS calendar for 2020 and wish to thank those whose dedicated work made it possible. The format of the championship aligns with our environmental roadmap, which becomes one of SRO’s major priorities. Motorsport is at an important stage, with environmental matters now the central challenge facing the industry. By encouraging manufacturers to support local competitors who score points towards a global championship, GT World Challenge Powered by AWS reflects the changes that are taking place.

“Competitors remain within their own regions, resulting in less travel and no transcontinental logistics, which we know to have a significant carbon footprint. This gives me great faith in the concept as we move forward and I am pleased to welcome Lamborghini to an expanded line-up alongside Mercedes-AMG and Ferrari. The support of three leading international brands demonstrates the strength of the GT World Challenge Powered by AWS and we are very grateful for their commitment. With a full schedule in place, we can now look forward to exciting racing in each of our continental series and a tremendous battle for the global title.”

With the Suzuka 10 Hours cancelled some weeks ago the revised plans for the IGTC to schedule a replacement Asian event are still awaited.

DSC sources have confirmed that the plan is not to piggyback any of the four GT World Challenge Asia events, with Sepang and Shanghai not likely to host the replacement event.

Within hours of announcing their back to racing calendar, DTM were forced to amend the schedule having failed to get approval to run their re-scheduled first round on the streets of Nuremberg at the Norisring. 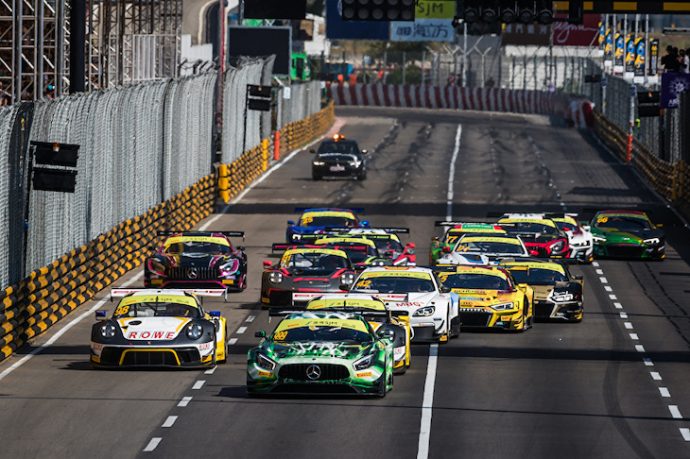 Several significant events are now confirmed as being cancelled including the FIA GT World Cup in Macao, The Silverstone Classic, Goodwood Festival of Speed and Revival and Monterey Motorsport Reunion. 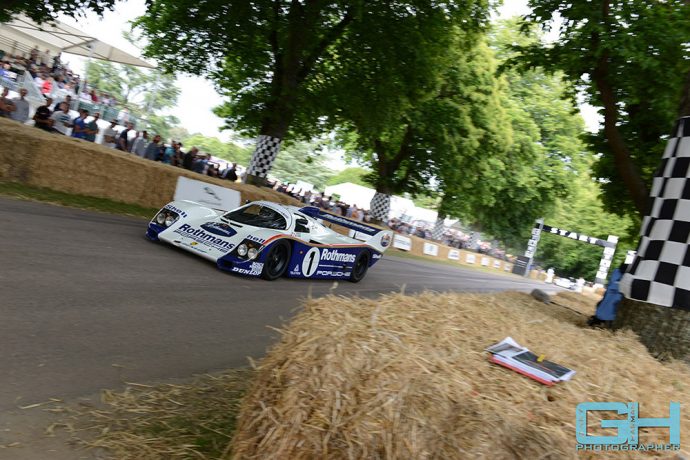