Multiple news sources are reporting that Alex Zanardi has suffered serious injuries in a road accident in Italy.

Details are currently incomplete but it seems that Alex, whilst competing on a public road near the Tuscan town of Pienza in a handbike event for Paralympic athletes, lost control on a steep hill, crossed into the opposite traffic lane and was hit by a heavy vehicle.

He has been transported by helicopter to the Santa Maria alle Scotte hospital in Siena.

Italian news outlet La Repubblica have reported that Zanardi remained conscious after the accident and until medical staff arrived at the scene.

A hospital bulletin revealed that Zanardi is undergoing “neurological surgery to reduce fracture and is in very severe conditions.”

A further update says that Alex is now out of surgery and in intensive care.

Zanardi is a four time Olympic Champion on a handbike, a discipline he took up after losing both legs in 2001 in an accident during a ChampCar race at the Lausitzring. 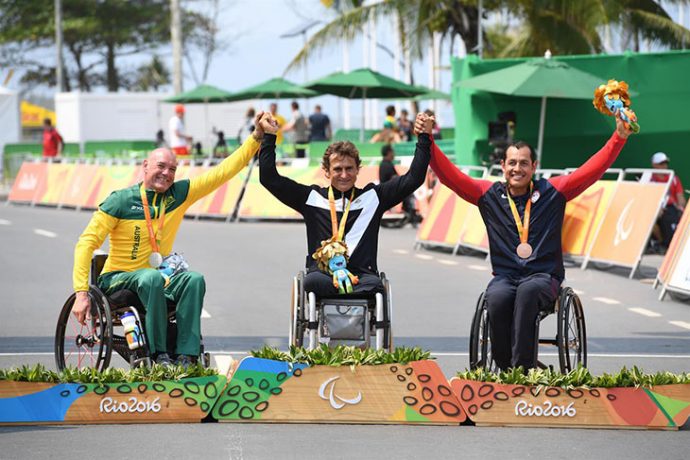 Alongside his huge Paralympic success, which includes wins in other significant races including the New York Marathon he has raced in hand-control-equipped cars in both WTCC,, where he scored overall race wins, and in both GT3 and GTLM competition, most recently at the Rolex 24 Hours at Daytona in 2019 before pausing his driving activities (with the exception of a run in the Super GT/ DTM ‘Dream’ Race for BMW) in order to prepare for the now delayed Tokyo Paralympics.

He had announced earlier today that he was to return to driving in a BMW M6 GT3 in the Italian GT Championship finale at Monza in November.

It goes without saying that we wish the very best to Alex right now – an extraordinary man.

More news as we receive it on this story