French driver Timothé Buret and Belgian youngster Antoine Potty will share one of the two GR Supras entered by CMR this season. The other car will be entrusted to 2019 Alpine Elf Europa Cup champion Gael Castelli (F) and 2019 French FFSA GT vice-champion Stéphane Lémeret (B). 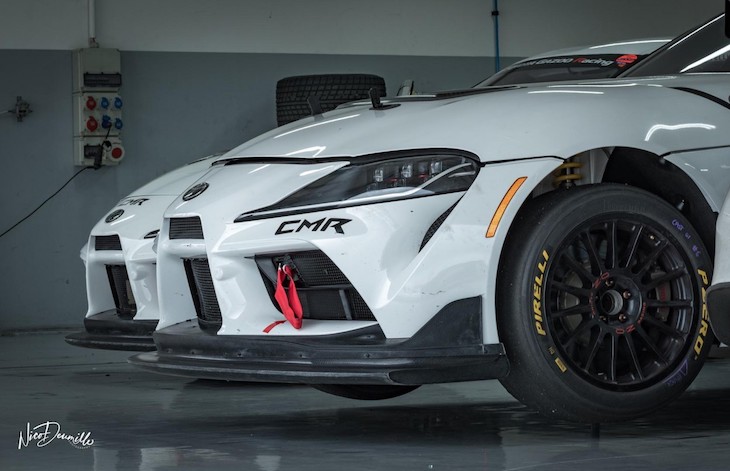 Buret will combine his GT4 European Series program with the GT World Challenge Europe Powered by AWS, where he will race a Lexus RC F GT3.

“It is a real challenge for me this season to accumulate this program on European circuits with, in parallel, my GT World Challenge Europe commitment in endurance with the Lexus RC F GT3. I look forward to the season,” commented Buret.

“I am very happy to join CMR in the GT4 European Series at the wheel of the Toyota GR Supra GT4. I already know this team and their past good results confirmed my desire to ride alongside them. On the occasion of two days of fruitful tests at the Paul Ricard, last weekend, I was able to work with the whole staff and get to know my young teammate Antoine Potty,” added Buret.

“We are very proud to be the first to roll out these new GT4 cars in competition. Toyota is a manufacturer that has achieved many successes and knows how to design awesome racing cars. CMR will bring its experience of the race, with drivers in the philosophy of the team: youth, experience and passion,” commented Bourachot.

CMR has been quite successful in the GT4 European Series since its made its series debut in 2016. In 2017 CMR scored its first win at Brands Hatch with Ginetta and in 2018 a CMR-entered Alpine A110 GT4 won its debut race at Spa-Francorchamps. CMR also claimed three AM class wins in 2019.

CMR will also enter the Supras in FFSA GT4 this season.

Speedworks Motorsport too, has taken delivery of their Supra GT4 ahead of the delayed start to the 2020 British GT Championship. 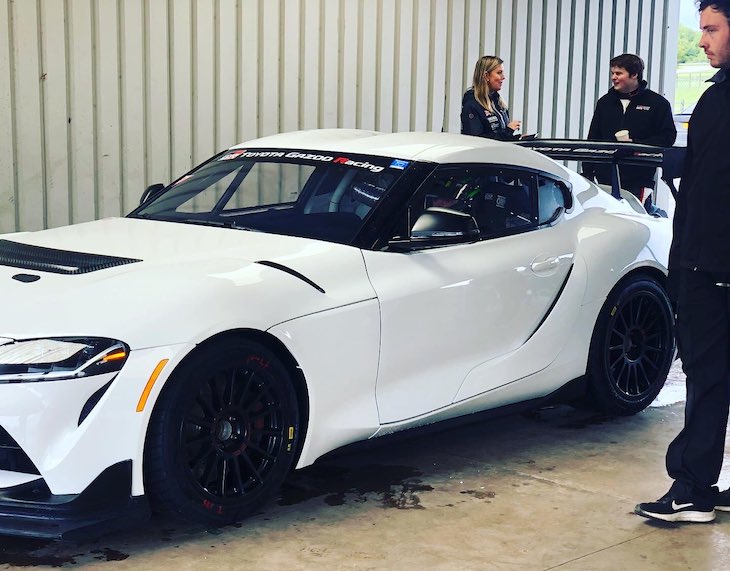 The team shook down the car today at a sopping wet Oulton Park with BTCC star Tom Ingram on testing duties.

A pair of twins will contest ADAC GT4 Germany this year: Alesia and Jacqueline Kreutzpointner are starting together in a BMW M4 GT4 from MRS GT-Racing in the ADAC GT4 Germany. 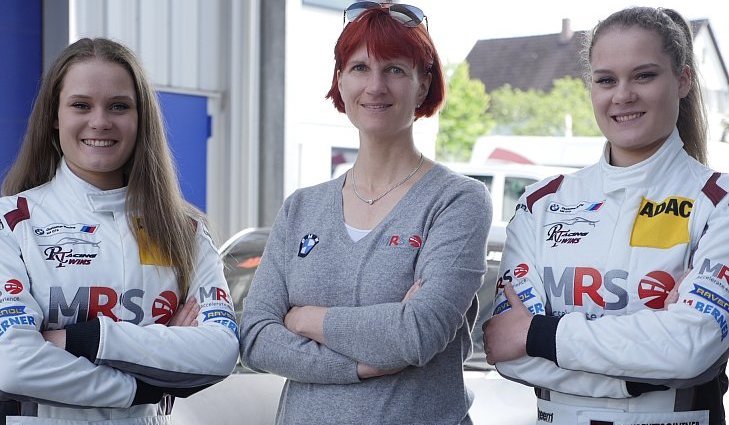 Racing is in the blood of the 21-year-old twins: their father Fritz started alongside Michael Schumacher at the 24 Hours of Le Mans in 1991, was a member of the legendary Mercedes-Benz junior team at the beginning of the 1990s, and was then two-time European Truck Champion. Like last year, MRS GT-Racing is using two BMWs in the ADAC GT4 Germany, the drivers of the second M4 GT4 have not yet been determined.

Team principal Iris Dorr convinced: “Contact with the twins came about through our partner Ravenol who worked with the twins last year. The two girls are just great and fit very well in the ADAC GT4 Germany.”

The twins tested with the team in February at Portimao before the COVID-19 crisis hit. The project is designed for at least two years.

Father “Fritz K.” would like to stay in the background in the motor sport development of his two daughters and trust fully in the experience of MRS: “He has told us that he will stay out of it as far as possible”, continues team manager Dorr. “But he will surely be part of one or the other race on the track to cheer on the girls.” 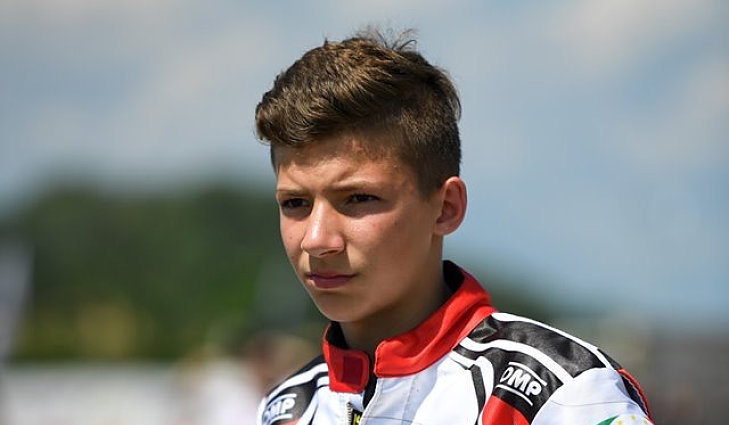 “I already watched the ADAC GT4 Germany intensively last year and enjoyed the series. At the season opener in Oschersleben, I was actually on-site as a spectator.”

“We had already done the first test drives with Hugo at the Lausitzring. He impressed us a lot. He was really fast right from the start and was, therefore, our preferred candidate for the season in the ADAC GT4 Germany,” said T3 Motorsport team boss Jens Feucht. “He is incredibly good at handling data and making precise statements.”

“I got along very well with the Audi during the test drives,” adds Sasse. “The vehicle felt good. Since I had never been in a GT4 racing car before, I didn’t have any opportunities to compare it. I also got on with the team straight away. Everyone was really professional.”

Sasse will share the T3 Motorsport Audi with Dominique Schaak.

Jens Feucht: “Hugo is one of our own sponsored drivers. We want to work with him beyond 2020 and see him in the GT3 car in the ADAC GT Masters next year. We have already made plans for this and want to take the first test drives in the course of the year.”

Luca Trefz was one of the big climbers in the ADAC GT4 Germany in 2019. As a 17-year-old he made his debut in automotive racing and was able to impress, fourth in the overall and second in the junior classification with a race win in the Sunday race at the Hockenheimring. 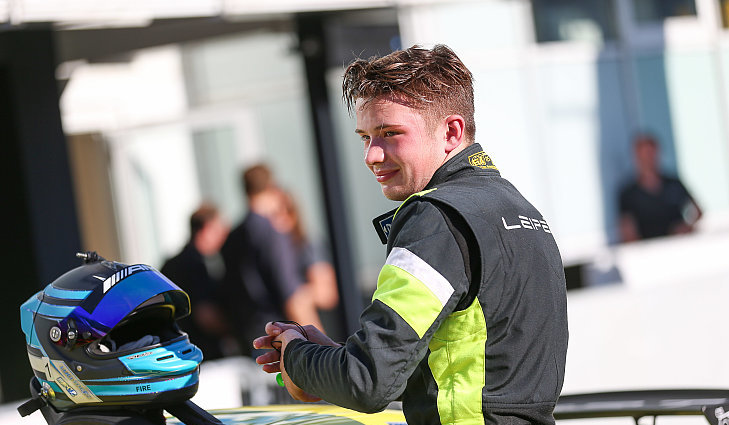 “I was absolutely thrilled by last season. The ADAC GT4 Germany is a great series with a lot of publicity and also live TV on SPORT1. With the run-in results, I even exceeded my expectations,” said Trefz.

For 2020 Trefz changes to the Mercedes-AMG GT4 from HTP Winward Motorsport. The German-American team will make its series debut in the ADAC GT4 Germany in the coming season. “It has always been a dream of mine to drive for HTP Winward. I also know that Mercedes-AMG looks exactly at this team. Of course I want to show myself from the best side and deliver good results,” Trefz says.

With Julien Apothéloz, Trefz has another newcomer at his side. The 19-year-old Swiss already knows the ADAC platform from the start in ADAC TCR Germany. “I’ve already met him and was immediately thrilled,” says Trefz. “We tested together at the Hockenheimring in March. He took a very professional approach and did really well right away. So I’m glad that I can drive with him in the ADAC GT4 Germany.” 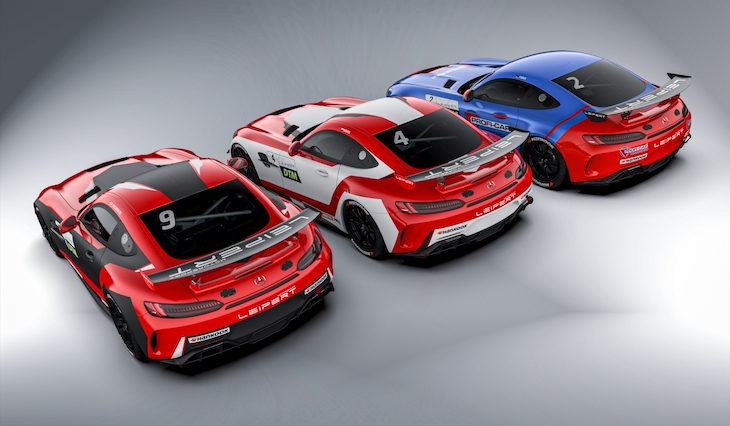 The first major announcement of involvement in the single-driver, sprint format DTM Trophy has come from established GT racing players Leipert Motorsport who will field three AMG GT4s in the six-round series.

Fidel Leib: The 32-year-old German has experience with the AMG GT4 since 2017 mainly on the Nürburgring Nordschleife.

Leib has already raced for the Leipert team and will be targeting the XP-class title for Bronze drivers.

Jan Kisiel: The 25-year-old Pole has been driving for Leipert Motorsport since 2017 in the Lamborghini Super Trofeo and the GT4 European Series.

In 2019 he came runner-up of GT4 Europe and knows the DTM platform very well from his time in the Audi TT Cup, which he won.

Marc de Fulgencio: The 20-year-old newcomer from Spain has already gained GT4 experience in 2019 in GT Open Cup. He will fight for the DTM Junior Trophy title (drivers up to 22 years).

Team manager Marcel Leipert: “We are very happy to have been able to field such a strong driver squad for the DTM Trophy’s debut season, as the mix of young talent and experience fits very well. It is becoming apparent that the competition is very strong. But we are confident that with the drivers, the solid AMG GT4 and the right ambition in our luggage, we will again be part of the title decision this year. We are looking forward to the start of the season – finally it starts!”