Once you have sourced staff, bought all the equipment you need and decided which car you want to take racing, it’s time to look at where to race, and that’s an incredibly complex choice. This, unsurprisingly, has major implications on budgets, as travel costs and entry fees vary wildly. Changing series, especially if you’re entering more high-profile races, can quickly increase your annual budget significantly.

Budgeting for a gentleman driver is a hard task, because there are so many options and variables beyond simply running a car.

Want to race nationally? It’s simpler and cheaper. Across Europe? At least there’s no freight involved. Cross continent? It’s far more complicated, especially if you want to mix and match events and series across a calendar year. 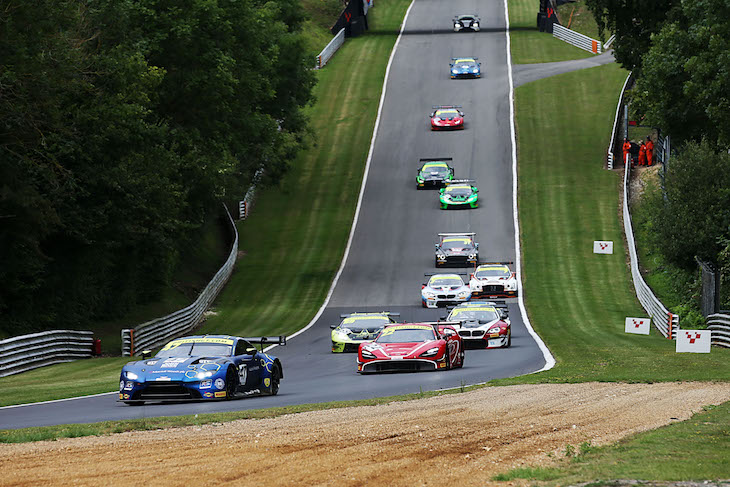 It’s a competitive environment, with the teams all in a ‘race to the bottom’ when it comes to pricing to attract the most sought after gentlemen drivers. This has its issues and is a source of frustration for one team owner.

“It’s a competitive market. In British GT this year it seemed like everyone wants to go with whoever has the cheapest deal, it doesn’t seem to matter anymore whether the team has won races or titles,” a team owner told DSC.

“You look at how single seaters works, with Carlin, Fortec, those experienced teams racing up front, they can charge a lot more because they do a good job and they know that prospective drivers will pay more for results. The level has gone up too high, when compared to the level of profit you can take from racing in these championships. You now need so much more resources to be competitive. It’s out of control really.” 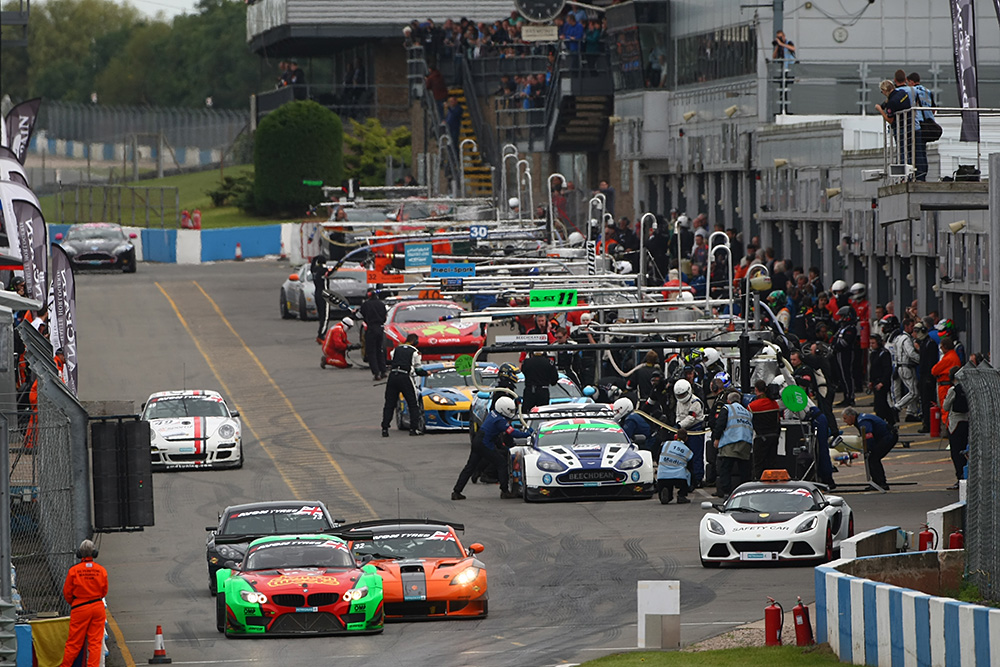 But once you move beyond national championships, the difference in cost is huge. For a crew of 12 guys to race in World Challenge Europe, you’ll spend in the region of 20 thousand pounds on travelling to and from the events, 20 thousand on hotels, 50 to 60 thousand on food. The entry fee is also something to consider, it’s around 23 and a half thousand pounds for British GT. If you converted your GT3 car to GTE spec and decided to take on the European Le Mans Series, the price is 74 thousand.

The level has gone up too high, when compared to the level of profit you can take from racing in these championships. You now need so much more resources to be competitive. It’s out of control really

And if you wanted to go one step further and race in the IGTC all year round, it’s another story.

“We ran the budget (in the past 12 months) for British GT, Blancpain and the Intercontinental championship.” Said a team owner. “In terms of a car we hadn’t narrowed that down. But Blancpain looked around 800 thousand Euros for the endurance rounds, without testing. You could easily spend 1.2 million to do that properly, especially if you want to do a proper endurance test ahead of Spa. British GT looked at half a million euros. For Intercontinental, 1.2 million euros is where we were at.

“You don’t make a lot of money. Think about it, you can turnover over a million as a small team by running two cars in a national championship and only make 60 thousand pounds? You could make that money, but lose it in an argument about whose fault it was when a gearbox exploded and threw one of your drivers into a wall.” 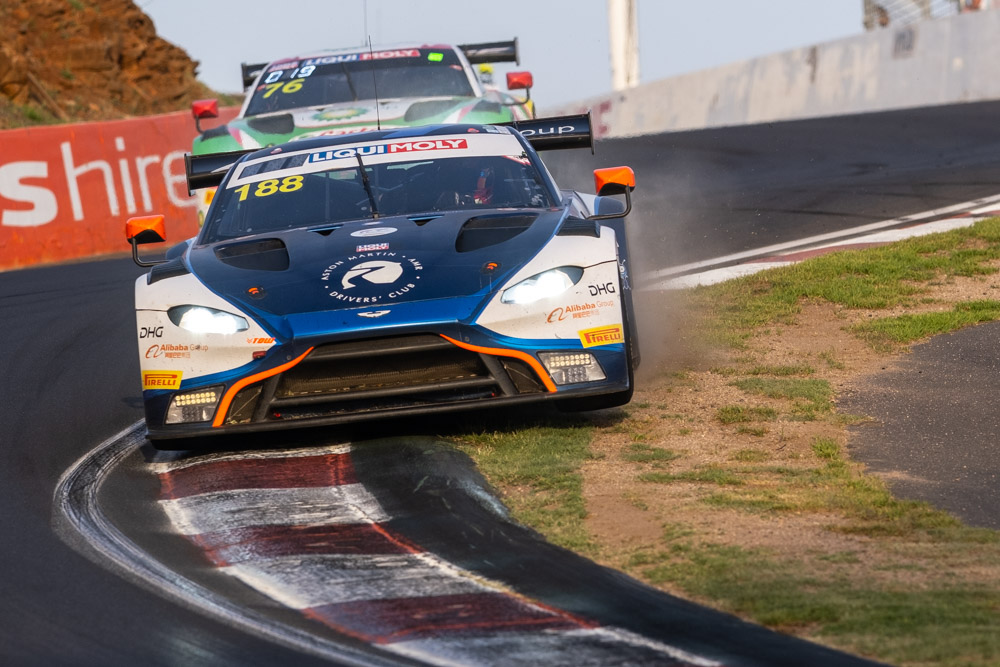 But not all National championships are created equal, the IMSA WeatherTech SportsCar Championship is extremely expensive for a privateer team, because there is so much track time meaning the wear and tear costs on a car are understandably higher.

“Entry level GTD, just the sprint rounds? You’re looking at a couple of million dollars,” said a team owner, who like others DSC spoke to, then revealed that for full season, you need around five million dollars.

“Where do you even start with GTD? It’s crazy,” they said. “The travel is one thing, but to cover three seasons worth of racing when comparing it to ELMS, means you’re paying so much more.

“If you’re paying 40 euros a kilometre for your car (depending on how you come to a cost per kilometre), the cost is therefore so much higher when your season includes four long endurance races on tough tracks, and sprint rounds too as opposed to eight short races. You’ve got a 24, a 12, a 10, and a 6 hour races, plus shorter rounds, you do three times the mileage than you do in something like the ELMS.

“In a year in ELMS, you’ll do 24 hours of running across the race weekends, you do that just in Daytona if you do IMSA. Same with British GT, it’s nowhere close. I don’t know how they get cars on the grid…”

Racing in Asia too is a completely different prospect. With no need for a race truck, teams live out of shipping containers. With air freight extremely pricey, always significantly more than the equivalent trip by sea freight, but with the same vagaries surrounding customs clearance in certain markets, shipping cars and equipment to events has become the norm. (Though these issues are by no means exclusive to Asia) This means racing in multiple championships likely requires double the resources because each team’s car and equipment spends most of its time in season being shipped to and from races.

“Sometimes the costs spiral,” one Asian team manager told DSC. “I remember one year it went bananas, with the price rising like 70% compared to the year before. There seemed to be no logic to it, no way to forecast far in advance, which is a real challenge when you try to budget for a gentleman driver.”

Sea freight, which according to a team boss, generally costs 5-7 thousand US dollars per way, per container in Asia, isn’t always reliable either. It’s not unknown to turn up at an event only to find there are delays to your shipments arriving.

“Freight companies don’t guarantee your freight actually getting to the destination,” another team owner said. “In Suzuka, one time we arrived and our freight had left with plenty of time, but got offloaded in Singapore and they didn’t realise it got lost – they only realised when the shipment arrived at Suzuka without our car. So who pays the cost of getting the car to the track now? You have to pay more to get shipped as a priority, even though it wasn’t your mistake.” 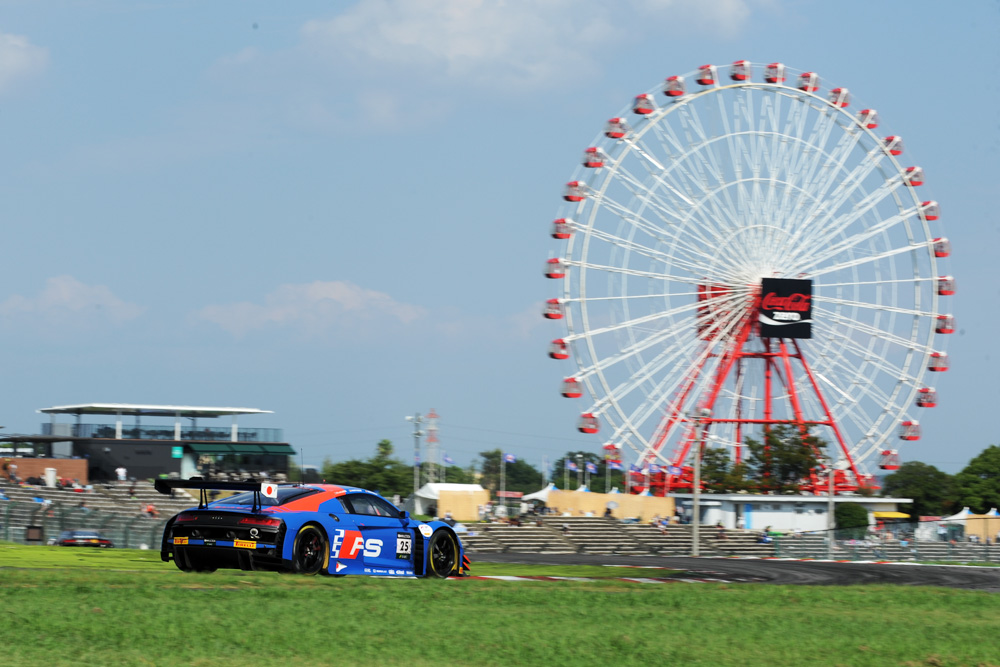 And with the general cost of both travel and race programmes gradually increasing over time, this has reduced the field of potential gentlemen drivers when it comes to GT3 racing.

“The problem is,” a factory driver told DSC. “only the extremely wealthy can do it now. The guy I raced with early in my career, who was a marketing director and board member of a major company. He was probably worth 10 million pounds. He could go GT3 racing in the early days, now he couldn’t even consider it. Not a chance he could do it.

“Only extremely wealthy can afford to do it now. There’s still demand for it, but it’s a different sort of demand, from different sorts of people.”

And the more expensive and complex it is to run in your chosen championship, the more the budgets vary team to team. As a paying driver reading the small print is vital, you can get caught out easily by hidden costs when signing with a team that’s selling you the idea of a programme at a cost lower than most teams.

Teams that are open about what it will actually cost, and show you how the price comes to what it does, do better in the long run

“When you budget for an amateur driver, it’s all about what you count. Somebody might quote 300 grand, someone else then might quote 600, for the same series, in the same class with the same car,” a team owner said. “The driver may then ask: ‘why are you charging this much more?’

“You have to ask what the line items are, the driver might only be paying for the car, the entry fee, picking up the tyre bill, but have no testing. The 600 grand one might have literally everything in there with no catch.

“Someone might think they’ve got a good deal in British GT because they’ve been quoted 300 grand. But by the end of the season he’ll have paid 600 and they will be pissed off because they have been told 300. They won’t stay with that team, I can guarantee that, I’ve seen it countless times.

“Teams that are open about what it will actually cost, and show you how the price comes to what it does, do better in the long run. Throwing little extra costs here and there during a season at a paying driver is rife, and the wrong way to go about it.”