Algarve Pro Racing have confirmed that Andrea Pizzitola will return to the team for the opening round of the 2020 ELMS, the 4 Hours of Le Castellet on 19 July as a substitute for  Simon Trummer.

Pizzitola will join John Falb and Gabriel Aubry in the #25 ORECA 07 LMP2 as Trummer has suffered a scheduling conflict with his pre-agreed IMSA programme with the PR1 Mathiesen LMP2 team at Sebring. 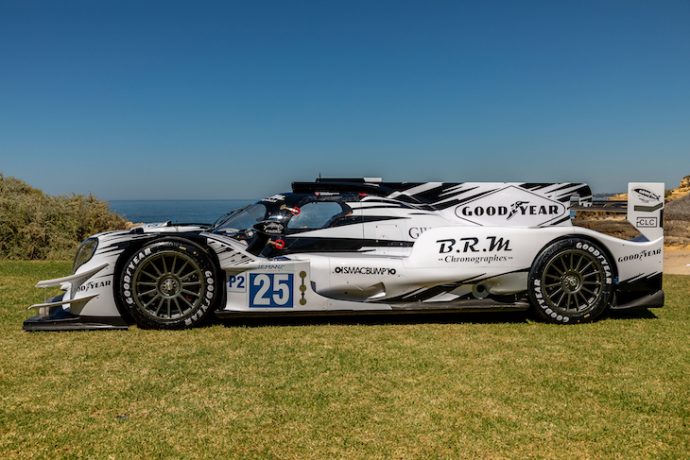 Former ELMS Champion Pizzitola though is likely to be at home in the Algarve Pro garage having contested three European seasons, a brace of Asian campaigns and two 24 Hours of Le Mans with the Portuguese-flagged team.

He notably helped Algarve Pro to the 2016-17 Asian Le Mans Series title and the runner-up spot in 2018-19, and he will return to the fold for a one-off outing in the opening round of the delayed and truncated 2020 ELMS season at Circuit Paul Ricard (17-19 July).

“I’m so happy to have an opportunity to get back into a racing car with Algarve Pro Racing,” said Pizzitola. “I know John (Falb) well, having competed alongside him last year, and I raced against Gabriel (Aubry) in formula cars. John is by far the quickest Am driver on the grid who made a huge improvement in 2019, to be only one second off the Pros in an LMP2 car is amazing, and I know Gabriel has a lot of pace too. With this line-up, we should be capable of a podium, and Algarve Pro Racing’s new technical partnership with Goodyear can only be positive.”

Algarve Pro Racing Team Principal, Stewart Cox, said: “We’re disappointed for Simon (Trummer), but are pleased to welcome Andrea (Pizzitola) back to Algarve Pro Racing, albeit for a one-off race in Le Castellet. He’s a known quantity and highly respected within the team, as his pace is incredible and he’s a safe pair of hands. With our technical partnership with Goodyear, our new association with B.R.M Chronographes and a top driver line-up, these are exciting times for Algarve Pro, and I think we have to realistically target the podium at Circuit Paul Ricard.”