In our regular series, Paul Tarsey looks at the new releases to come onto the market and also occasionally dips into some older books on his shelves as well.

First off the shelf is a real in-depth coverage of a really special car. Who doesn’t love the Daytona Cobra? Surely one of the most purposefully beautiful cars ever made. And when you are talking about rarity they only ever made six (against 39 Ferrari GTOs!). 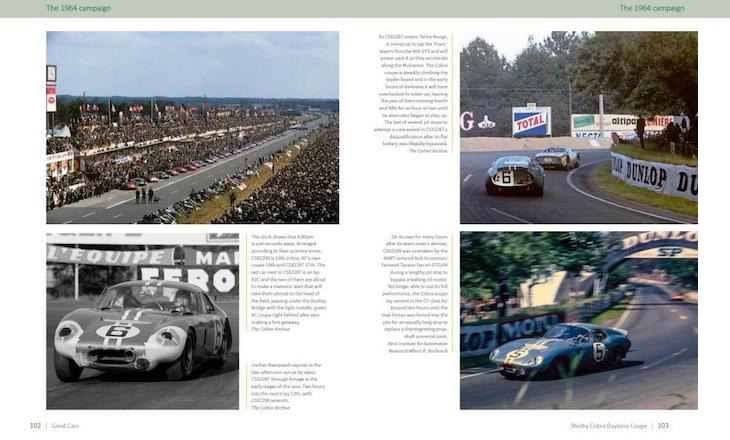 Like many books of its type, this recent release from Porter Press is a large-format, beautifully produced release. With so few cars produced, this was always going to cover the whole genre rather than just CSX2300 but the book is none the worse for that. You do get the feeling that perhaps one particular chassis has been chosen simply to fit into the ‘Great Cars’ series, of which this is the fourteenth rendering. The fact that every single book has been not only brilliantly researched but also stunningly produced makes any hesitations irrelevant. 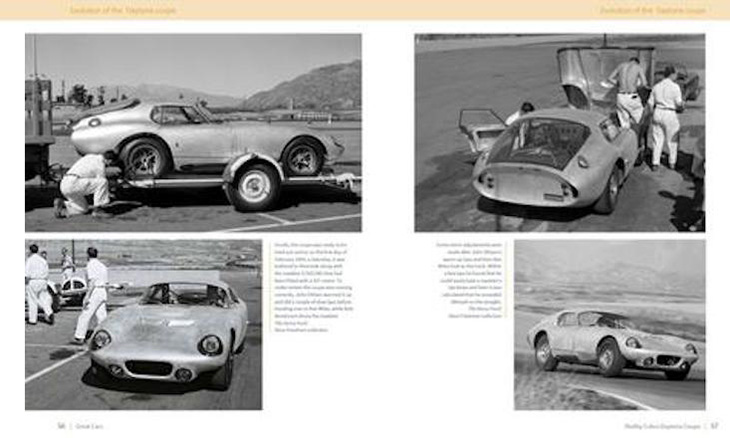 It is hard to think that these cars, so etched in every historic petrolhead’s mind, only competed at the top level for two years, and Mills has done well to keep that history interesting. There are the usual driver profiles covering everyone who drove the car in period and hence we are treated to diversions into the lives of Bob Bondurant, Jochen Neerpasch, Allen Grant, Ed Leslie, Jo Schlesser, André Simon, Jack Sears and John Whitmore. (and what an eclectic mix that is!). 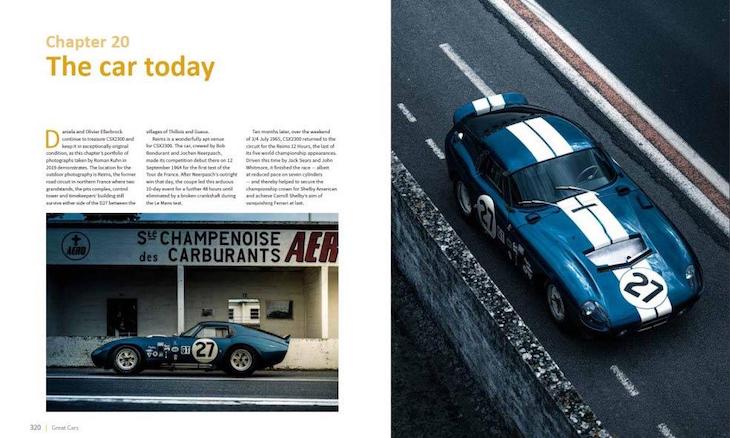 As we have come to expect from Porter Press, the modern, studio shot photography is superb and contrasts superbly with the period shots of this car, particularly in its ‘period of decline’ towards the end of its first career.

The book costs £60.00 and is available from Porter Press International Here >> 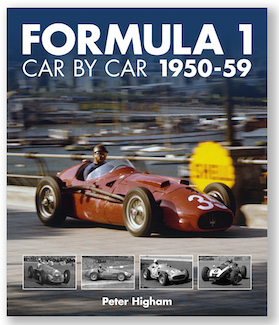 This might be a little outside the immediate scope of readers of DSC but we ignore this superb work at our peril.

Author Higham, famed for his attention to detail, has already published similar books about the 1970s and 1980s and this follows closely in the well-established format.

Rather than cover each race, which, let’s face it, can get pretty tedious sometimes, the book is broken down, firstly year-by-year and then each manufacturer within that particular season.

Hence you don’t get the repetitions of the specifications of the most successful cars, you also get the ‘minnows’ as well, in the days when manufacturers might be represented not only by a factory team, but also by privateers.

This opens up some fabulous byways; who knew about the Cooper Bristol run by Equipe Anglaise in 1953 or the six different teams which ran Maserati 250Fs in 1957? 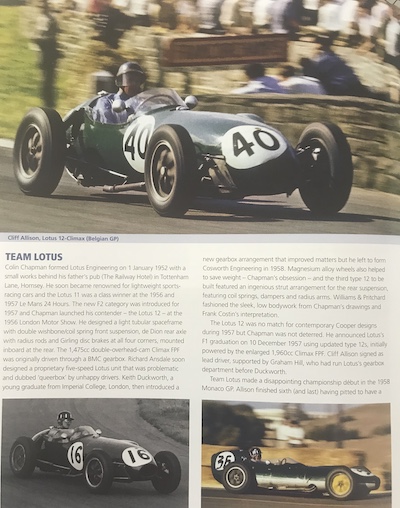 This is a great book to dip into as well as a point of reference. All the photographs are from the period, in both black-and-white and in colour and offer a very atmospheric view of the motor racing world of the 1950s.

Personally, I enjoyed being able to dart around within the book itself to follow the highs and lows of teams and drivers. You can, for example, follow Mike Hawthorn’s explosion onto the scene, taking a Ferrari works drive just a short time after his high profile debut at Goodwood in a Cooper Bristol (when he beat Fangio in a similar car) through the ups and downs of BRM, Vanwall and back to Ferrari where he won his championship in 1958.

The other new book I have read this week is Tom Hartley, The Dealmaker about the famed supercar dealer. 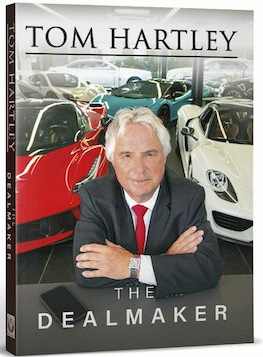 I had looked forward to this because not only is it a classic ‘rags to riches’ tale but Hartley is, beyond doubt, one of the foremost dealers in his field.

If you want a Ferrari Enzo or a Bugatti Veyron, you are likely to be phoning him.

Whilst Hartley is open and frank about his rise, fall and rise again of over forty years in the prestige car market (he sold his first posh car – a Range Rover – at the age of 12) he is exactly what it says on the cover, The Dealmaker.

This somewhat detracts from the undoubted honesty of the book, because Tom Hartley is constantly reassuring the reader that he really IS successful; there is, for example, a whole chapter on famous people he has met, some only fleetingly, during his career.

Anyone who has read the back pages of the print media will be familiar with Hartley’s advertisements but equally with those of his son, confusingly Tom Hartley Junior, who sells the same type of high-value cars. One of the reasons I was keen to read this book was to understand first of all, just how and why the son left his father’s business and secondly how they relate to one another now. Almost the only reference to the parting is ‘Tom Jr left to start his own business; I would like to have known more. 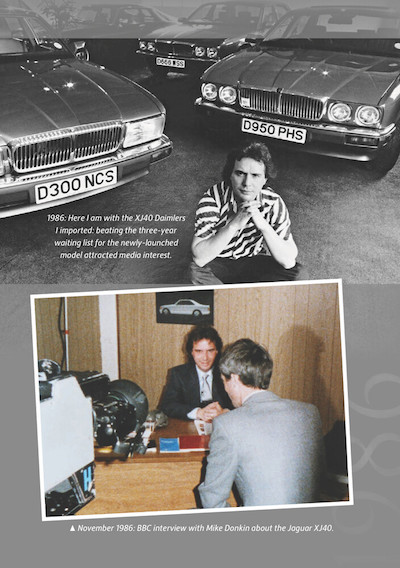 When I finished reading this book, I lent it to a friend who, returning it a week later said that it should be entitled “If Donald Trump Sold Cars”. Although a rather harsh sentiment the unrelenting positivity is somewhat familiar. In spite of this the book gives an insight into the world of a supercar dealer. It’s unlike almost any other form of automobile retailing and consequently makes a fascinating read.

Tom Hartley, The Dealmaker is published by Veloce Publishing and costs £19.99. Here >> 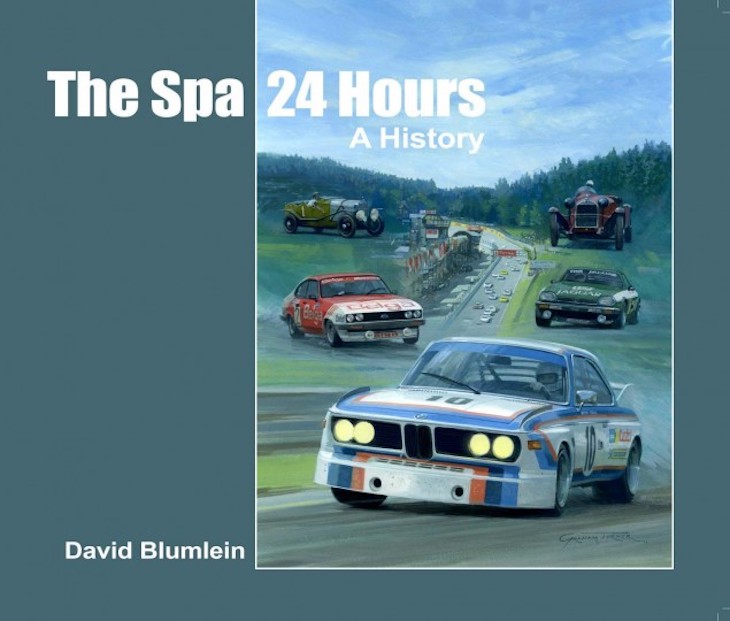 You may recall that a few weeks ago I reviewed David Blumlein’s latest book about Brooklands and the sports car endurance races run there before WW2. This prompted me to find on my bookshelf, Blumlein’s previous work about the Spa 24 Hours. This large-format book covers in-depth all the races up to 2014 from the very outset of the event in 1924. The more recent history is fairly well-trodden ground, but some of the early stories and the fabulous accompanying images, tell a tale which puts the event in perspective. The picture of one of the ‘Prince Baudouin” F.N. cars sweeping into La Source shows both how much the circuit has changed since the photograph was taken in 1925 but also how easy it is to trace the modern layout’s history. 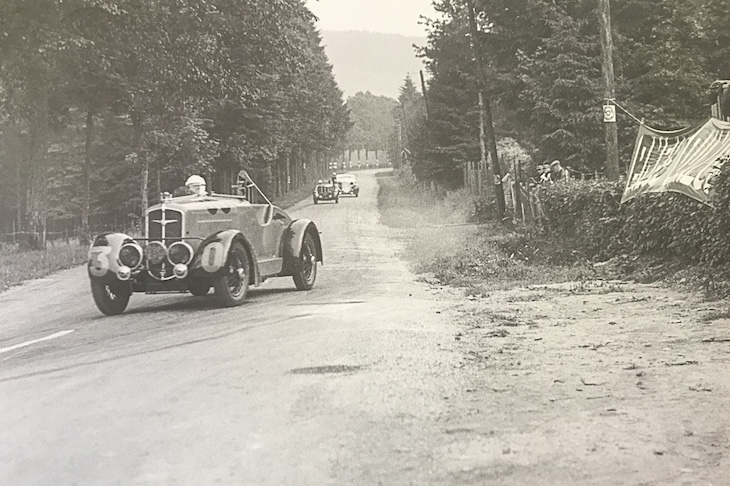 Until his retirement, David Blumlein was a headmaster, and his scholarly attention to detail shines through on every page. No stone is left unturned and the amiable author has often said that he writes the books that he would want to read so this is no ‘author’s slog’ but a genuine labour of love. This is no dry history book though, it is peppered with stories and insights and the fact that the race continues to this day, albeit in a very different form, just adds to the glamour and romance.

This, without a doubt a specialist book and Chater’s have a few left at the discounted price of £19.99 (it was originally £39.99) so if a bit of historical texture sparks your fever for our modern events, this is the book for you. Here >>