There’s good news and bad news for the 2020 Intelligent Money British GT Championship today as AF Corse bring Duncan Cameron and Matt Griffin in a Ferrari 488 GT3 Evo to the Championship, but that comes at the cost of the absence of both planned Oman Racing with TF Sport Aston Martin GT3 entries.

These are just the latest changes of many still to come as a result of the COVID-19 crisis and its effects on travel restrictions and other economic factors.

AF Corse UK last contested British GT with Cameron and Griffin in 2017 when the team ran under the Spirit of Race banner. The duo, who also raced together domestically in 2009-13, scored two podiums with the previous 488 GT3 en route to seventh in the standings despite missing two rounds.

They return three years on with Ferrari’s 2020-spec contender, which features revised aerodynamics, optimised electronics, a longer wheelbase and lighter chassis than its ultra-successful predecessor.

Griffin, meanwhile, has made more than 100 British GT appearances since debuting in 2003. The Irishman is sixth on the championship’s all-time winners list and sees no reason why he can’t challenge for a 15th victory during the opening weekend at Oulton Park.

“I’m a massive fan of British GT – it’s where my GT career began and I’ve enjoyed a lot of success there, but it’s also incredibly competitive,” he said.

“Duncan and I were expecting to race in Europe this year. Now, in light of what’s happening, a domestic UK programme seems like the most sensible approach and provides us with a very high level of competition.

“I haven’t driven the Evo yet – that’ll happen at Donington on Tuesday – but the drivers that have reckon it’s a step forward over the old 488 GT3, which was already very competent. I’ve raced Ferraris for many years with Duncan, who’s a very accomplished amateur, while AF Corse UK run a world-class operation. There’s no reason why we shouldn’t be mixing it at the front from the opening round onwards.”

AF Corse established a new UK base at Silverstone to support the Ferrari Challenge UK early in 2019.

The Ferrari takes one of two full-season GT3 slots vacated by Oman Racing with TF Sport, which is now unable to defend its Drivers’ Championship due to a combination of factors caused by the coronavirus pandemic. The team’s two-car GT4 programme will continue as planned while its GT3 cars are scheduled to return in 2021. 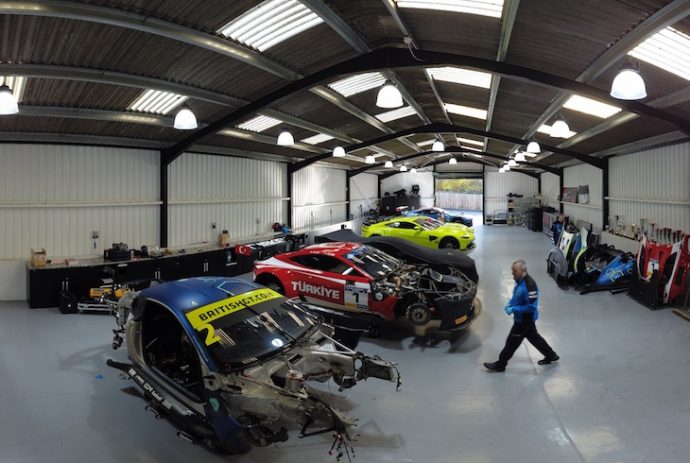 The second of TF Sport’s vacated entries has also been filled by a returning British GT3 team. Further details will be announced shortly.

TF Sport have recently confirmed too, the addition of a Pro class GT3 entry in the International GT Open. 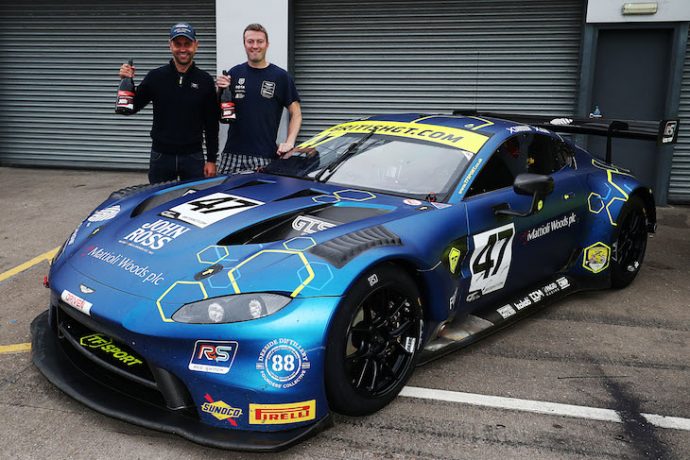 TF Sport’s withdrawal from the British Gt GT3 class means that neither Jonny Adam nor Graham Davidson are able to defend their GT3 Drivers’ titles this year. The latter was due to be paired with Tom Canning, who would have graduated as reigning GT4 champion, while circumstances have also prevented 2014 runner-up Ahmad Al Harthy from making his long-awaited British GT return.

“Everyone at TF Sport is very disappointed not to have an opportunity to defend the British GT3 title this year,” said team principal Tom Ferrier. “We’ve run GT3 cars in the UK since 2014, won our first race a year later and have claimed championships in almost every season since.

“Two fantastic line-ups meant we had a very good chance of maintaining our proud GT3 record this year, but that just won’t be possible now due to Covid-19 circumstances specific to the team. Nevertheless, we are really looking forward to fielding two GT4 entries and are fully focused on retaining the Teams’ and Drivers’ crowns. British GT is a fantastic championship and we will be back in full force in 2021.”