The KTM will race in a striking Valvoline livery.

Kraihamer, sister of long-time WEC racer Dominik, will also compete on the same weekend in NLS3 at the Nürburgring in the Giti Tyres-backed VW Golf.

2020 GT3 debutant team 2 Seas Motorsport have revealed the livery for the McLaren 720S GT3 that they will campaign in the British GT Championship for Isa Al Khalifa. 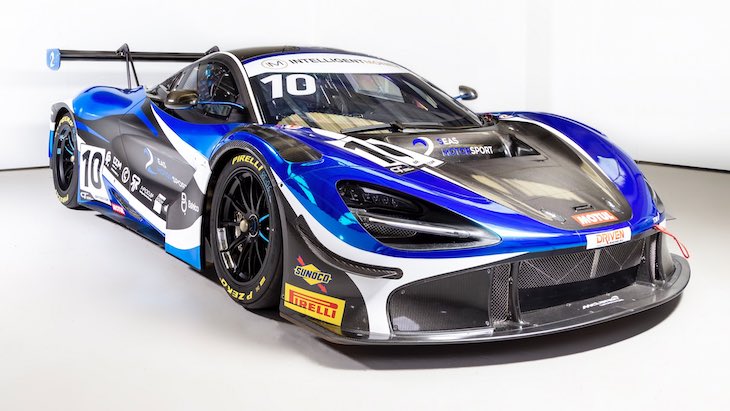 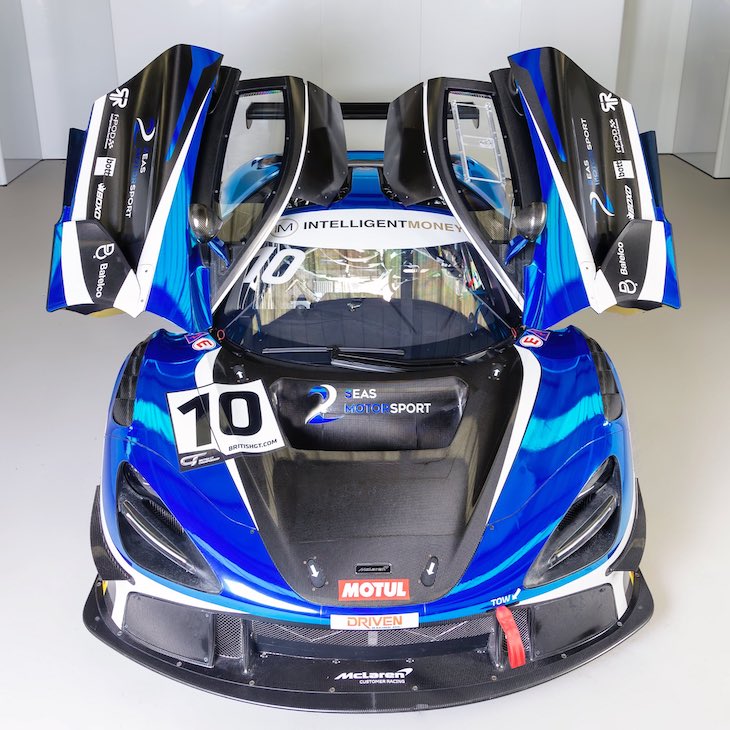 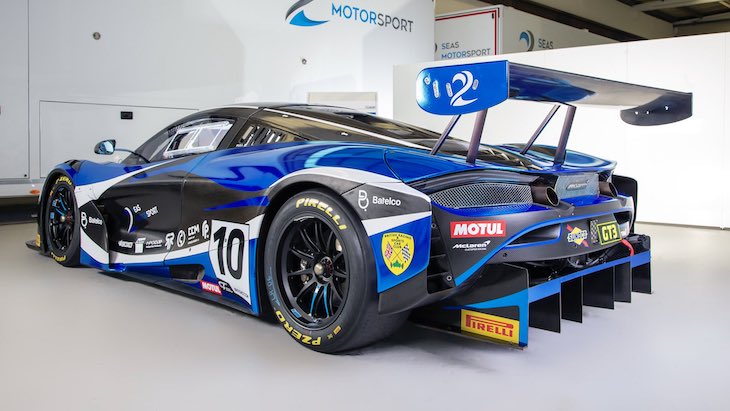 KCMG has revealed the liveries for their pair of Porsche 911 GT3R’s fielded for an NLS/ Nürburgring 24 Hours effort with the support of Porsche Motorsport Asia Pacific. 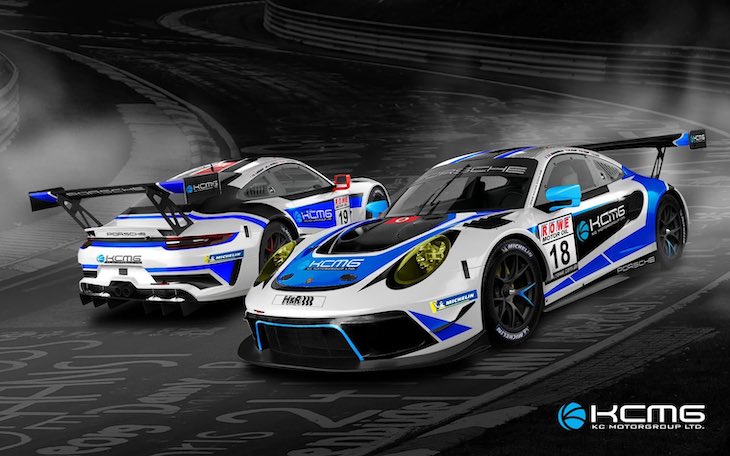 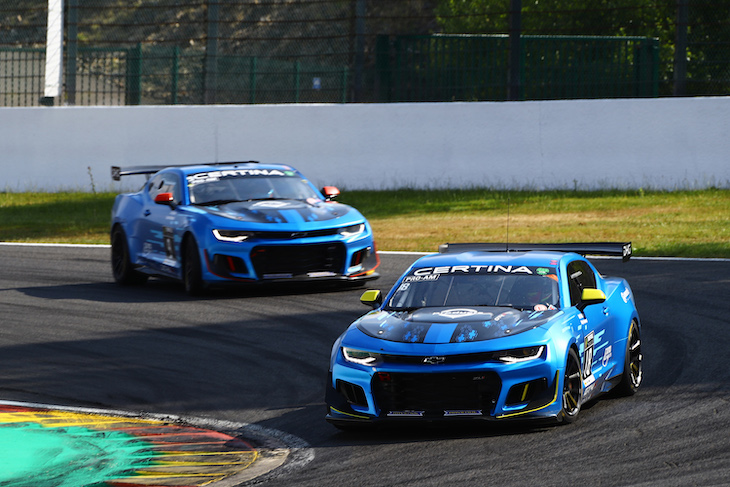 The 23-year-old Dutchman finished second in the 2019 Supercar Challenge and, together with teammate, Jop Rappange is aiming for success in his debut European GT4 season.

The move into the GT4 European Series is a logical one for Nabuurs. “I started racing just under two years ago and from the outset I imagined myself moving up from national racing into the European GT4 scene. There are so many examples of drivers who have succeeded in this championship and built a professional career in motorsport.” The choice of team was equally clear for Nabuurs.

“V8 Racing has had an incredible amount of success in GT racing and particularly in the GT4 category. We gelled well from the outset and with the people involved and the facilities the team has, it is no wonder that the Camaro GT4.R is turned out so well.“If you see the Camaro for the first time you are tempted to think, yeah it’s a real American Muscle Car with lots of power but a handful through corners.

“But I was surprised by the handling of the Camaro GT4.R. Yes there is a lot of power but it is the grip through corners that turns this car into such a quick machine.”

30 cars are set to take to the track at Nogaro for the official Pre-season test over 2 days 30 June and 1 July.

The test will see two new cars to the French national GT Series, a pair of brand new Toyota GR Supra GT4s of CMR and the debut in the series for the current Aston Martin Vantage GT4, AGS Events will field no fewer than four of the turbo V8-powered cars.

Even more numerous are the Audi R8 LMS GT4s, seven of which are set to test with Team FullMotorsport (2), and no fewer than five from Sainteloc.

The successful little Alpine A110 GT4 finds n fewer than seven takers at the test: Three come from CMR (alongside their new Supras, and there is a pair from Mirage Racing plus singleton entries from Herrero Racing and Speed Car who also field one of two Ginetta G55 GT4s (ABM Grand Prix field the other).

Next most numerous is the Mercedes AMG GT4 with six cars (plus a guesting AKKA ASP AMG GT3): AKKA ASP field a quartet of GT4s with a pair from CD Sport.

Finally, there’s a solo BMW M4 GT4 from L’Espace Bienvenue. Perhaps oddly there are no Porsche Caymans listed, despite the type’s recent popularity in the French Series.

FFF Esports has announced the Assetto Corsa Competizione racers who have earned a real-world test outing for their efforts during this year’s SRO E-Sport GT Series.

The Chinese squad was a major presence throughout the five-round virtual championship, with its distinctively liveried Lamborghini Huracan GT3 competing in the Pro, Silver and Am Series. 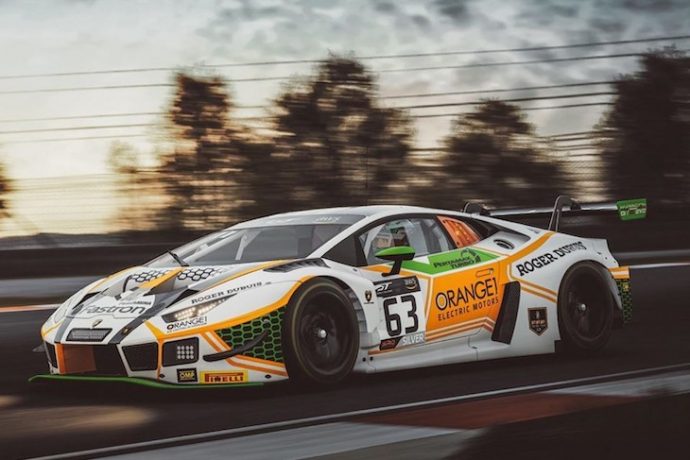 The FFF Award winners are drawn from the latter two classes, with the top-three Silver and top-two Am drivers set to test a Huracan EVO ST with FFF Racing during the coming winter. Kamil Franczak, Giovanni De Salvo and Kamil Pawłowski emerged from the Silver category, while Jonathan Boivin and Ahmed Abdalla are the successful Am drivers.

The squad’s biggest success during the SRO E-Sport GT Series came in the Silver class, where Franczak scored pole for the season-closing Kyalami event and ultimately finished second after a challenging rain-soaked race. Coupled with several other strong finishes, the Polish ace scored 40 points, enough to earn a spot in the upcoming Grand Finale.

FFF Racing is now preparing to return to real-world competition with the GT World Challenge Europe Powered by AWS opener at Imola on 25/26 July. The squad will retain its crew of Caldarelli, Lind and Marco Mapelli as it defends the Endurance Cup title.