The IMSA WeatherTech SportsCar Championship returned to the track on Friday evening with the first practice session for Saturday’s IMSA WeatherTech 240 At Daytona International Speedway with full COVID-19 precautions in place around the facility.

After rainstorms earlier in the day, the temperatures dipped and rains receded, allowing for a full, hour-long session.

First car out on track was the #44 GRT Magnus Lamborghini, Andy Lally offering a display of enthusiasm matched by all of us I’m sure as he left pitlane.

Juan Pablo Montoya topped the times in the #6 Acura Team Penske DPi (1:35.960) pipping Pipo Derani’s best from earlier in the session as the #31 Whelen Engineering team worked to put smiles back on faces following the withdrawal from the meeting of Felipe Nasr after a positive test for COVID-19, Gabby Chaves drafted in to replace the Brazilian. 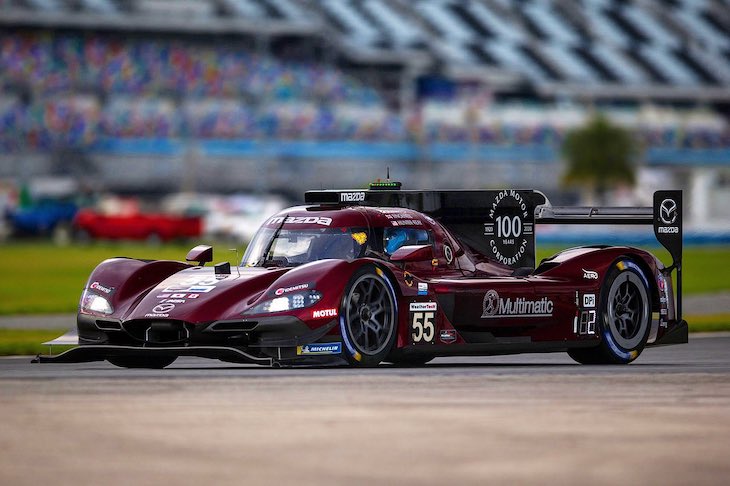 Harry Tincknell put the #55 Mazda Motorsports Mazda DPi third fastest in the first competitive running for the team post-departure from the effort of Joest Racing and his first outing since his signing of a multi-year deal with Multimatic. 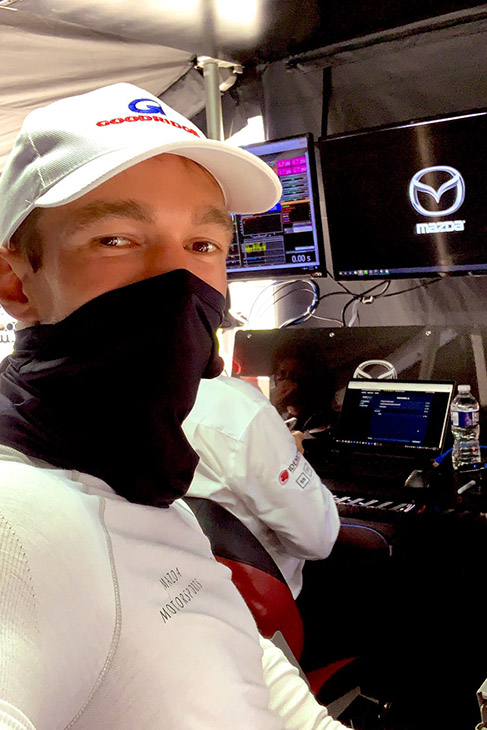 “It felt great,” said Montoya. “It’s very hot, it’s humid. We were lucky with all the rain through the day and thunder we were able to get the practice in the dry.

“IMSA did a really good job. I’m really happy to be back in this Acura. It’s such an amazing car. It’s funny, we were laughing with (co-driver) Dane (Cameron). I’ve done a lot of simulator racing and I got to the first braking zone and even on cold tires, I got on the brakes and I was looking at the seatbelts. I was like, ‘Oof! Oh, yeah, I need to hold my head back here.’”

By the end of the session, the top seven positions were separated by only .789 seconds.

In the GTLM class, defending class champions and runners-up in January’s Rolex 24 At Daytona, the #912 Porsche GT Team Porsche 911 RSR-19 posted the fastest lap. Laurens Vanthoor with a 1:44.003 ahead of what will be the full-season IMSA team’s final ride in the GTLM class at Daytona International Speedway. 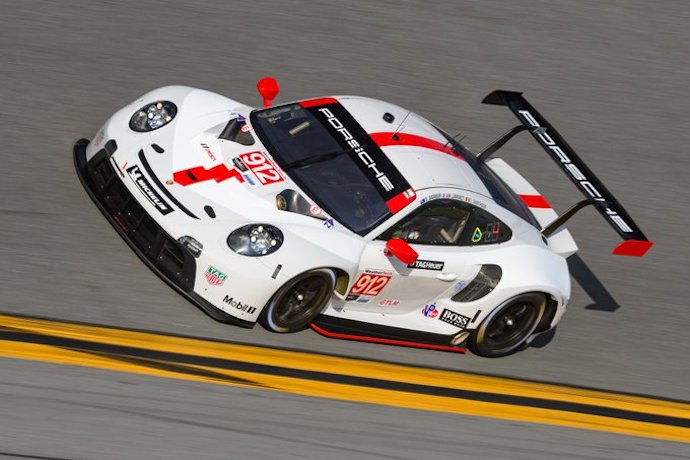 Next up was the #4 Corvette C8.R less than a tenth behind the Porsche with the second Porsche and second ‘Vette completing the top 4. 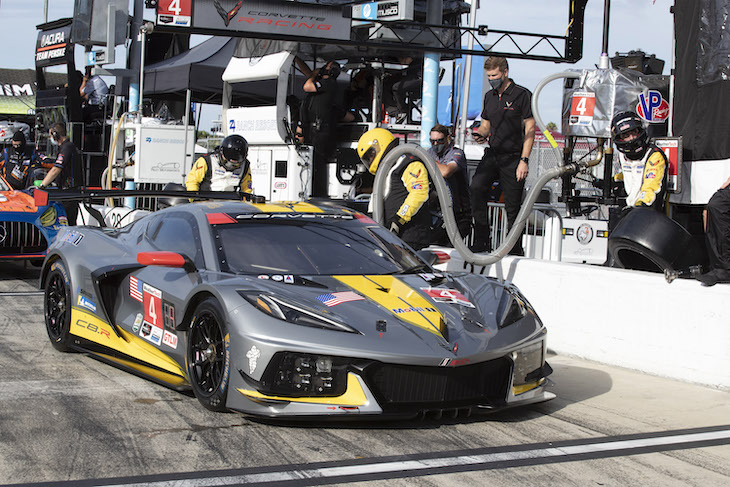 In the GTD class, the #63 WeatherTech Racing/ Scuderia Corsa Ferrari 488 GT3 with Toni Vilander at the wheel, set the fastest session time, 1:47.481 in the newly re-livered (for 4 July!) white, red and blue WeatherTech machine. 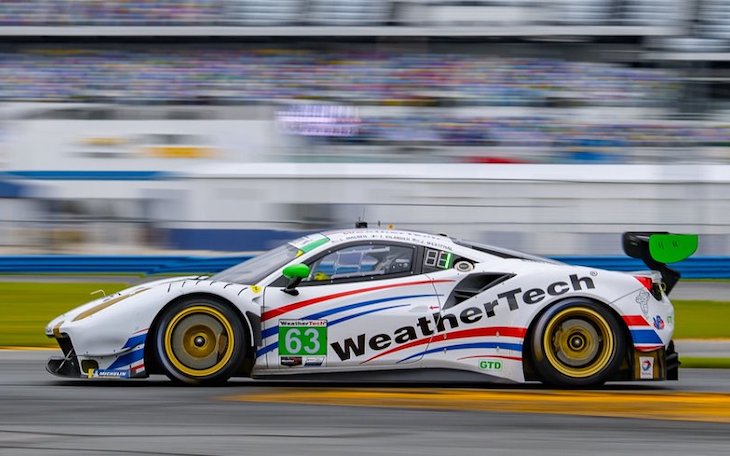 Townsend Bell and Mario Farnbacher were next up in the #12 AVS Lexus and #86 Meyer Shank Acura respectively with the time propped up by the debuting Team Hardpoint Audi and the Gradient Racing Acura. The #77 Mazda did not run in the session.

The motorsports community was rocked on Friday, June 19 after news that beloved racer Alex Zanardi had been seriously injured in a hand bike accident in Italy and as of Friday, remains in a medically induced coma. 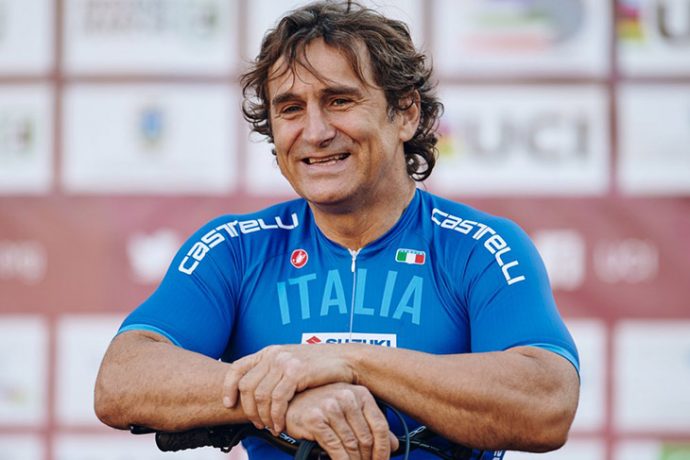 The IndyCar and Paralympics champion made his IMSA debut at Daytona in last year’s Rolex 24, competing in the #24 BMW M8 GTE with Team BMW RLL, the same car that took the Rolex 24 victory one year after the #25 did the same.

While Daytona has brought smiles to their faces the last two trips, it’s a sombre return this time around.

“First of all, our thoughts are of course with Alex Zanardi and his family as we get ready to restart our season at Daytona,” said John Edwards, who co-drove with Zanardi in 2019. “Alex is the most resilient human being I’ve ever met and his positivity after the adversity he’s faced is inspiring to anyone he’s around.

“In terms of our season, it’s been strange to lead the championship for half a year after only completing one race, but now we have to earn it again. Daytona in July will be a much different challenge than running in January, with different tire compounds required and much higher demand on our physical fitness. Our focus now is on the championship so we will be aiming for consistent podiums every weekend as we restart our season.” 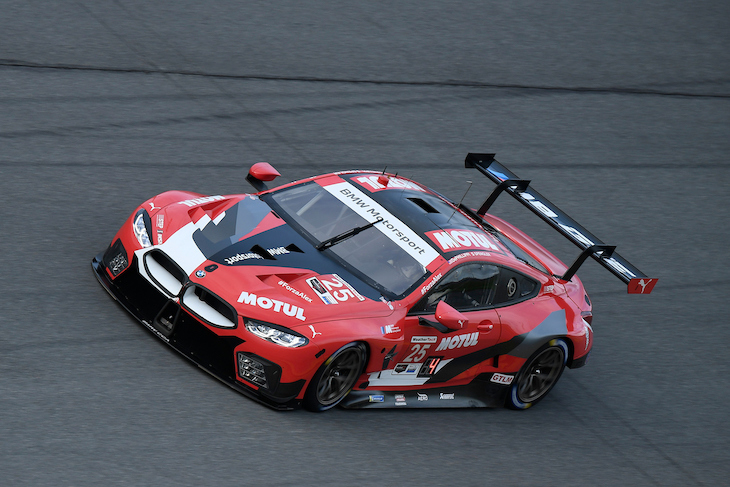 The #25 BMW M8 GTE is sporting a new red-based livery this weekend, the colours of team partners Motul.

Fourth of July trips to Daytona International Speedway was at one point the norm for Acura Team Penske driver Juan Pablo Montoya. In fact, he did it for seven years straight – in NASCAR. 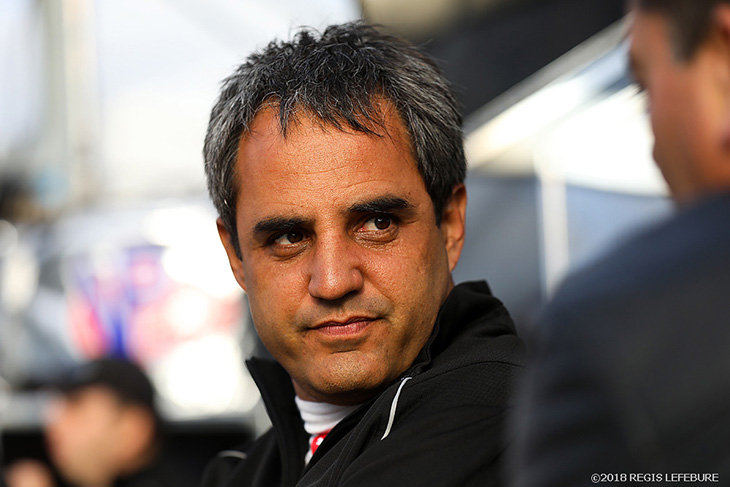 He’s back at it again this weekend in the #6 Acura DPi with Dane Cameron, rather than solo in a stock car. In his seven attempts throughout his NASCAR career, Montoya’s best finish was ninth twice (2009, 2011) and the defending co-champion in the WeatherTech Championship DPi class has few concerns, about this race at least.

“I’m not too worried about it honestly,” said Montoya earlier this week. “I’ve been doing three, four-hour bike rides in this heat. I was karting today, and I got in the kart and it said it was 104 degrees and it was fine. The heat doesn’t seem to bother me too much. Living here in Miami, the last few days I’ve been riding road bikes in the morning and mountain bikes in the afternoon. It’s been fine.

“I think the harder thing might be the neck. Daytona’s not too bad, so I should be good. I think Sebring in two weeks, the neck is going to be a lot harder because even if you train it and work on it and everything, it’s very tough.”