Helio Castroneves scored his fourth career Motul Pole Award in the #7 Acura Team Penske Acura DPi for the IMSA ‘back to racing event’, the WeatherTech Daytona 240.

“I feel great,” said Castroneves, who will co-drive with Ricky Taylor. “It’s teamwork, not only Team Penske but Acura, a team pole. Even when we stay away, waiting for this pandemic for like four months, we were able to put it together. It’s great.

“(The competition) is so close, those numbers, it translates to how equal everyone is out there. It’s going to be very competitive. Remember, it’s a two-and-a-half-hour race. We’re going to have to save the tires in this heat and if the rain comes in, it’s another condition. It’ll be, for sure, interesting, but right now we’ll enjoy this moment which has been great.” 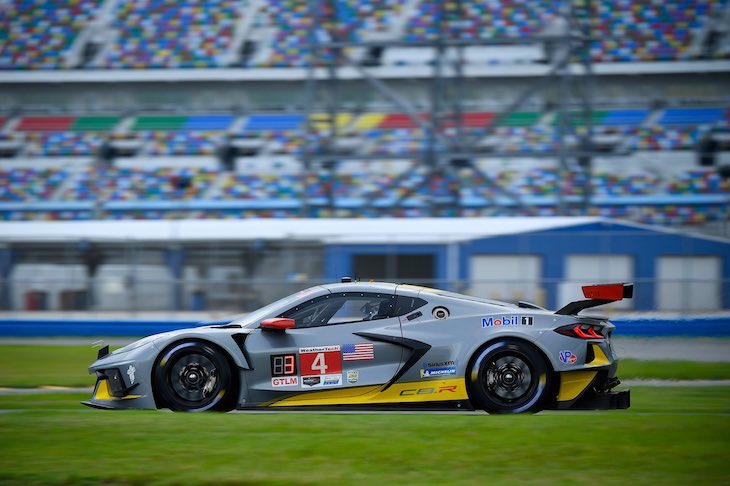 This is Gavin’s 24th career IMSA pole and the third consecutive WeatherTech Championship season Gavin has started from the top spot at least once.

“I think it’s fantastic to be back here racing… but Corvette Racing has really embraced the time off,” said Gavin. “We’ve been working tirelessly with the car. Just working on the development and trying to make it a little more driver-friendly, and finding a little bit more pace. I think we’ve seen the results of all of that in this qualifying session. We just had our goal and our plan. That was the plan, get 1-2 if possible. The plan is coming together and it’s great when it works out that way.”

Meanwhile, if there was anyone in the venue who looked nearly as happy as Castroneves, it was Corey Fergus. In qualifying for his first WeatherTech Championship start, Fergus made a quick first impression by topping the GTD charts in qualifying to earn the class’ Motul Pole Award. 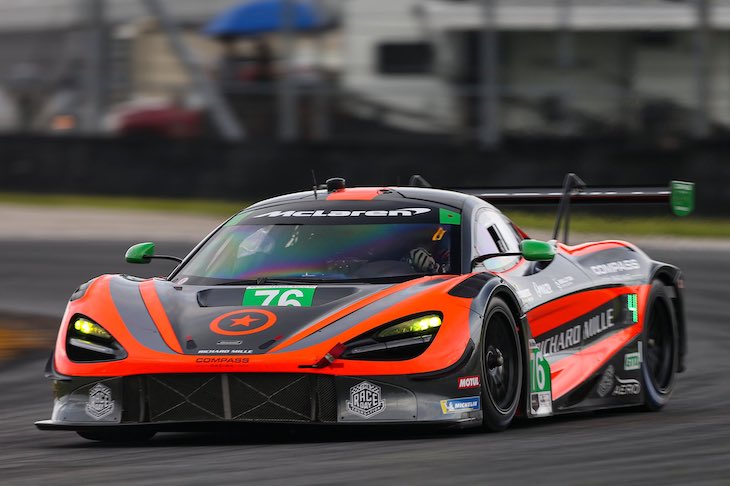 In the #76 Compass Racing McLaren 720S GT3 that he’ll share with Paul Holton, Fergus posted a time of 1:47.015 (119.758 mph) over the #14 AIM Vasser Sullivan Lexus RC F GT3 of Aaron Telitz, who was announced as the car’s second full-time driver just last week alongside Jack Hawksworth.

This was the first WeatherTech Championship pole position for McLaren.

It’s very special,” said Fergus, who previously competed in a McLaren GT4 in the IMSA Michelin Pilot Challenge. “There are a lot of things happening today. It’s my first start in WeatherTech, and it’s Compass’ first pole in GTD and my first. It’s a lot of exciting things happening at the same time, so it means a lot to be a part of it. The whole family and Compass here are excited. McLaren, I’m sure, is excited as well. I’m just happy.”