The switch comes following changes to 2020’s European and UK calendars along with potential travel challenges and disruptions for the team. The revised programme will provide 6 race weekends and a total of 9 races on home soil for the Baldwin/ O’Brien combo, as opposed to the four races that would have been available in the European Series’ revised calendar. 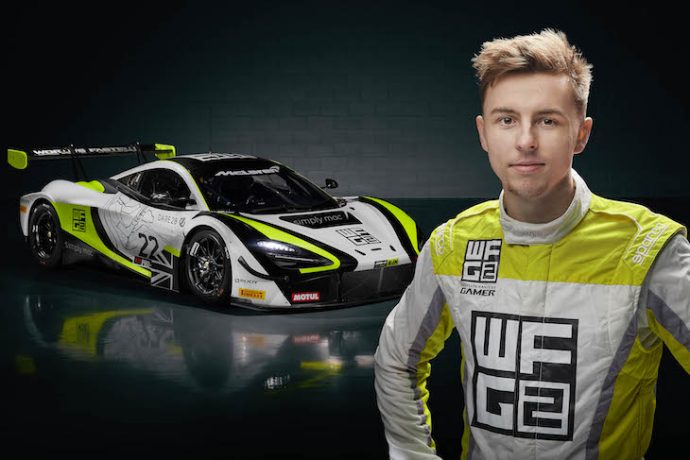 Baldwin the winner of the latest edition of the Worlds Fastest Gamer 2 esports competition now steps up to his first year of real GT racing.

O’Brien meanwhile is currently part of McLaren’s Professional Driver squad and graduates to GT3 having competed in GT4 Pro-Am during 2019. His planned 2020 programme had been with Balfe Motorsport alongside Graham Johnson (below), but that entry has now been withdrawn from the Championship, another victim of the out-turn of the COVID-19 crisis.

Jenson Team Rocket RJN will also appear at the Total 24 Hours of Spa in October with the full driver line up alongside James Baldwin to be confirmed.

The move marks a return to the British Championship for RJN for the first time since 2018 when the team won the domestic GT3 Silver Cup title with Struan Moore. 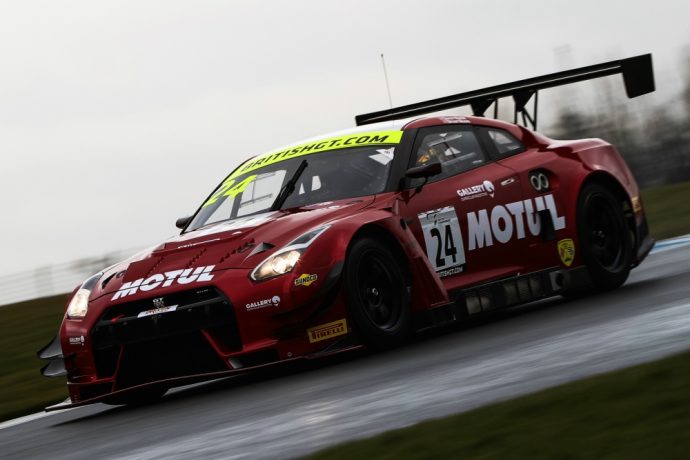 Its esports legacy continues with the help of Jenson Team Rocket, a partnership between 2009 Formula 1 World Champion Jenson Button and his close friend Chris Buncombe who has also raced for RJN in Britain and Europe.

“We are all certainly looking forward to going racing again,” said team principal Bob Neville. “As a team, we have always been a huge supporter of GT World Challenge Europe but given the unusual circumstances of this year, it makes complete sense for us and our partners to make a return to the British Championship.

“RJN last raced in British GT in 2018 and we are looking forward to returning with the McLaren 720S GT3 and our partners in the World’s Fastest Gamer.”

Chris Buncombe, Team Co-Founder: “It’s going to be good to get back racing for the whole team and I’m sure everyone is feeling the same. I think we have a great line up with James and Mike and whilst the McLaren 720S GT3 is new for both of them, I have no doubt they will be up to speed quickly and can fight for success in the Silver Cup.
“James had an excellent test with us in Paul Ricard back in March and Mike has clearly shown his ability as part of McLaren’s junior squad last year in GT4”

Baldwin is best known for his esports exploits with Veloce and Team GB, whom he represented in last year’s FIA Motorsport Games. However, the 22-year-old also has several real-world Formula Ford outings to his name, as well as an appearance at 2019’s Race Of Champions in Mexico where he was also crowned eROC champion.

“I have to wait an extra couple of weeks to go racing, but I’m really looking forward to it,” said Baldwin. “I should have already completed three races so far this year, but when I look at my new schedule, I’m massively excited. I’m going to get so many more race laps under my belt, which will fast track my development this year.

“I can’t wait to get started with Mike. I have a big learning curve ahead, but we really want to give the Silver Championship the best shot.”

O’Brien, meanwhile, makes his competitive GT3 debut after spending two seasons in GT4 with McLaren. He missed out on the 2018 Drivers’ title by just two points before finishing second in the Pro/Am category with Graham Johnson last season.

“It’s a real honour to be joining Jenson Team Rocket RJN for the Intelligent Money British GT Championship,” said O’Brien. “With that comes the added excitement of moving up to the GT3 category and racing for overall honours in 2020. With the first round fast approaching, we’re facing a steep learning curve, but I’ve already integrated well with the team and it’s a challenge we’re looking forward to taking on.”

“Our original goal was certainly to race throughout Europe but with the current COVD-19 situation we have to be mindful of the safety of the staff on the team and ensure we can actually get to the race.

“The competition in the World’s Fastest Gamer finals last year was very intense, but James impressed the judges greatly and again showcased that the skills in racing gaming can transfer directly across to the track.

“We’ve seen one of the #GamerToRacer trailblazers Jann Mardenborough really turn heads in British GT back in 2012, and I’m sure James is going to make a great impression.

“This competition has unearthed two incredible talents, and we’re already looking forward to turning another young gamer’s dreams into reality in season 3.”