GT World Challenge America powered by AWS is set to get back on track this weekend at VIR after a four-month pause, but after announcing just a 9 car GT3 entry for Rounds 3 and 4 (down from 13 at the start of the season before the COVID-19 crisis hit), the Series has been dealt a further blow with the late withdrawal of the K-PAX Bentley effort over health and safety concerns relating to the ongoing crisis, this set to be the first race meeting that the team have missed in the Series and its predecessors since 2007! 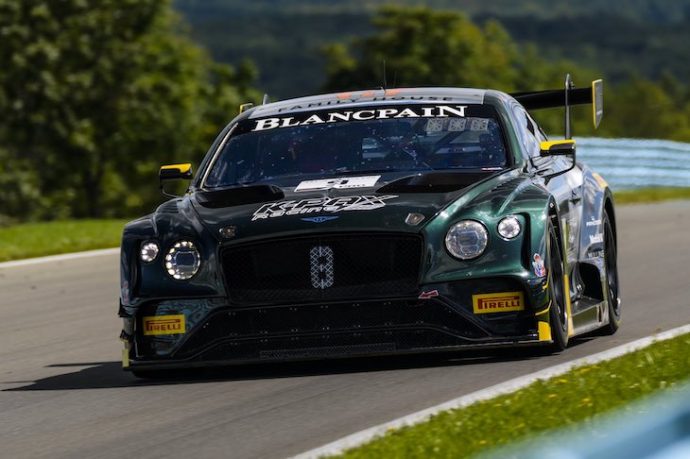 “Given the recent surge in the COVID-19 daily rates throughout the U.S. and the uncertainty surrounding individual states in dealing with the virus in the future, the team and its drivers are dedicated to the health and safety of their people as a top priority and will take a sideline seat until there is a clear and reliable path moving forward,” K-PAX Racing Programme Manager Darren Law said.

“Over the last number of months, our global management team has worked diligently on developing and adopting safe working protocols in adherence with federal, state and local health authorities and in consultation with our tracks, partners and teams. Safety remains our first priority for our teams, drivers, partners and staff,” said Greg Gill, President and CEO, SRO Motorsports America.

“We respect K-PAX’s decision. K-PAX has not missed a race with the Series since 2007. That record and their decision speaks volumes as to their commitment to motorsports and the series, and as well how seriously they are adapting to the pandemic environment today. We look forward to their return to the series at Sonoma.

The remaining eight GT3 cars for the Series will be joined on the grid at ViR by a further five cars as the debut of the GT Sports Club America sees the two Series merge into a single grid, though the Sport Club runners will run for just 40 minutes of the two 90 minute World Challenge races over the weekend.

Coming into the VIR weekend the #1 Ferrari of TR3 Racing duo Martin Fuentes and Rodrigo Baptista sit atop the Pro/Am division championship standings with 40 points. The duo scored a win and a third-place finish in the two season-opening rounds at Circuit of the Americas four months ago. 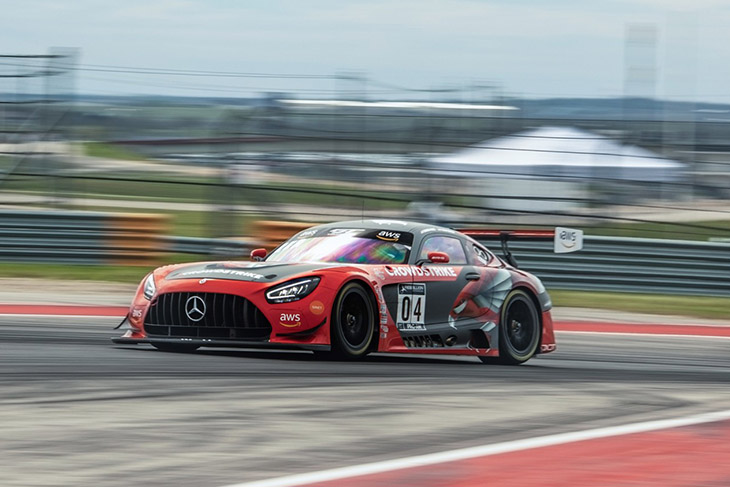 On the strength of two second-place finishes at COTA, George Kurtz and Colin Braun sit only four points behind the leaders aboard the #04 DXDT Racing Crowdstrike Mercedes-AMG GT3.

Last season’s Pro/Am champs Martin Barkey and Kyle Marcelli finished off the podium in both races at COTA, the Canadian driver duo will look to bounce back behind the wheel of their #80 Racers Edge Motorsports Acura NSX GT3.

The Silver division team of Shelby Blackstock and Trent Hindman had an impressive 2020 debut in Austin winning both races in class as well as both overall race wins ahead of the Pro/Am division squads their #93 Racers Edge Motorsports Acura NSX GT3. 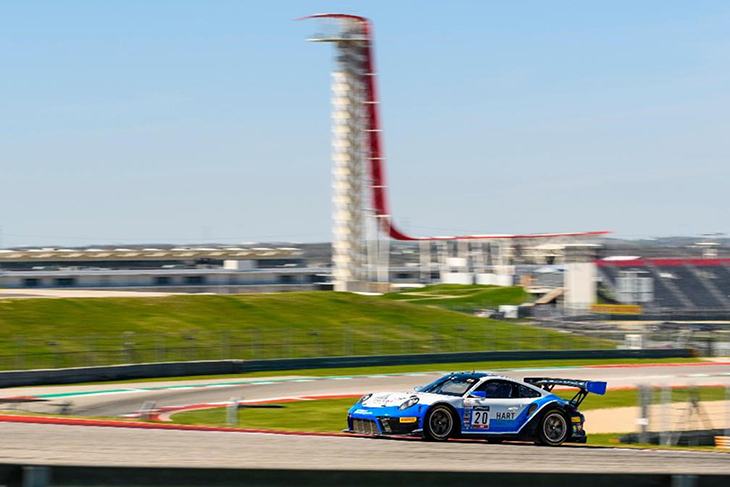 In the Am division, the #20 Porsche 911 GT3 R Wright Motorsports pair of Fred Poordad and Max Root had a perfect opening season weekend in Texas taking both race category wins and sit atop the division championship standings with an unblemished 50 points.

The GT Sports Club series, familiar to European GT are followers is debuting in North America this year but the long pause in the calendar has seen the potential entry dwindle, for now at least.

Just five cars will bolster the VIR grid this weekend as the Series runs on the same grid as World Challenge, the result set to be called after 40 minutes of the 90-minute GTWC encounter.

GT Sports Club is designed to accommodate new GT2 machinery with all Amateur drivers coming from a diverse mix of motorsports background and placed in classes based on age and level of experience.

Drivers in the bronze level of FIA driver rating are eligible for the three classes of competition including an Overall class and an Iron (ages 50-59) and a Titanium class (over 60 years of age).

Additionally, older generation GT3 and Cup cars are welcomed on a per case review basis.

In the overall class, GMG Racing bring their #2 Porsche 911 GT2 RS Clubsport to the grid for Jason Bell. 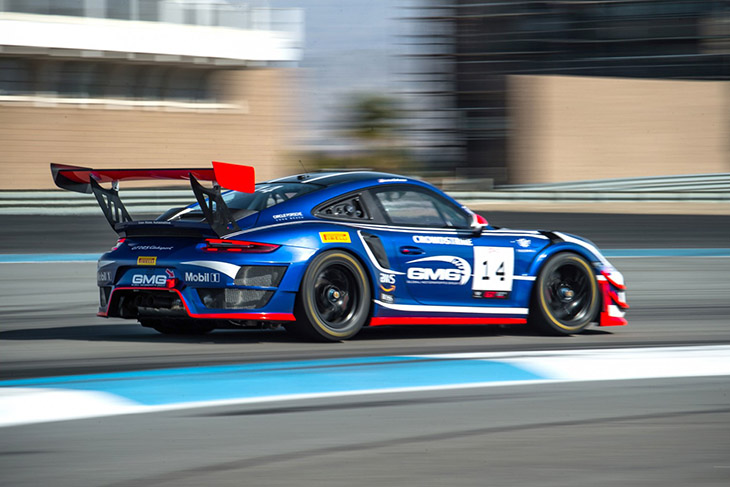