Ferrari has confirmed their plan to field a full Pro crew in the four Endurance races of GT World Challenge Europe which gets underway at Imola on 25 and 26 Jul.

In addition, there will be a second all-Pro Ferrari in the Enduro Series as AF Corse again collaborate with SMP Racing, an effort that fell just short of winning the title last year, to field the #72 car for ex F1 man Sergei Sirotkin together with two more Ferrari factory men, Davide Rigon and Miguel Molina.

“I am happy to be back in an important GT3 car championship with an official crew”, said Pier Guidi, “It will be a special season, starting with a 24 Hours of Spa at an unusual time, but we all want to kick off again and get back to driving. Expectations are high, but we are not going to funk it”.

James Calado, his teammate in the FIA WEC, echoed his comments: “I am totally thrilled to be racing with Alessandro and Nicklas, who, despite being young, has already shown his speed. Obviously, we are there to win because this must be your aim if you race for Ferrari. I can’t wait to get back to driving and hit the track at Imola”.

Nicklas Nielsen is ready for this new challenge, making his first appearance alongside the two winners of the 24 Hours of Le Mans 2019: “It is special for me to race with two drivers as experienced and fast as James and Alessandro. It will be an incredible opportunity to learn from them. For me, this is a great opportunity, and I can’t wait to start this challenge because I believe we have all we need to be competitive”.

“I am delighted to be taking part in the championship after having lost by one point even though we gave it our all on that occasion”, said Davide Rigon. “We are very keen to do well, and I am pleased to find Miguel at my side again and intrigued to see Sirotkin making his debut in the 488 GT3. We’ll do all we can to help him be fast from the very first sessions. We want to have a good championship and give it our best, hoping that this time the results will go our way”.

Miguel Molina: “I’m glad we can take part in the GT World Challenge again this year. Last season, despite excellent results, we lost by one point, so we want to win it. Davide and I know each other well, and we’ll try to help Sergey quickly find the right chemistry with us and the car. We know he’s very fast and so I’m looking forward to the Imola race”.

“I am happy to spend this racing season in the GT World Challenge Europe in the Ferrari 488 GT3”, said Sergey Sirotkin. “I am very motivated to be a part of the SMP Racing crew together with my teammates Miguel and Davide and achieve the highest results. After the first tests I’m very happy with our relationship with the team of our car #72. I received first impressions of the 488 GT3 and now I’m confident in my quick acclimatization to the new series. Hope, we’ll be able to fight for the highest places right from the first race. I thank SMP Racing, Ferrari and AF Corse for this opportunity to continue my racing career. That’s another one step in my achievement the long-term goals”.

In addition to the two Pro-crewed cars, the season will see no fewer than four crews in the competitive Pro-Am class, all four will contest both the Endurance and Sprint Cups.

That total will include the reigning champions Andrea Bertolini and Louis Machiels who will once again be AF Corse’s top crew and will again be joined in the Endurance Cup by Niek Hommerson. 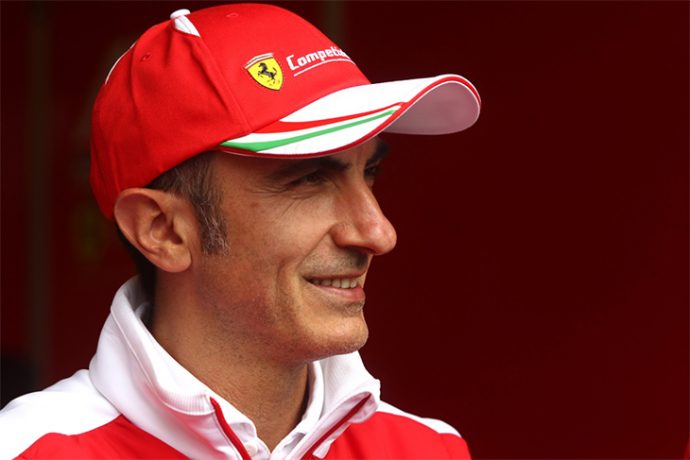 “Finally we’re starting again and doing it from Imola is special for me. Imola is a fast, technical circuit with few overtaking opportunities but it is well suited to the 488”, commented Bertolini, official Ferrari Competizioni GT driver, “For the eighth year in a row I will be pairing with Louis, and we want to defend the title won last year also with the contribution of Niek”.

The Tempesta Racing duo, Chris Froggatt and Eddie Cheever III, also look promising. They will have the support of Jonathan Hui for the endurance races. 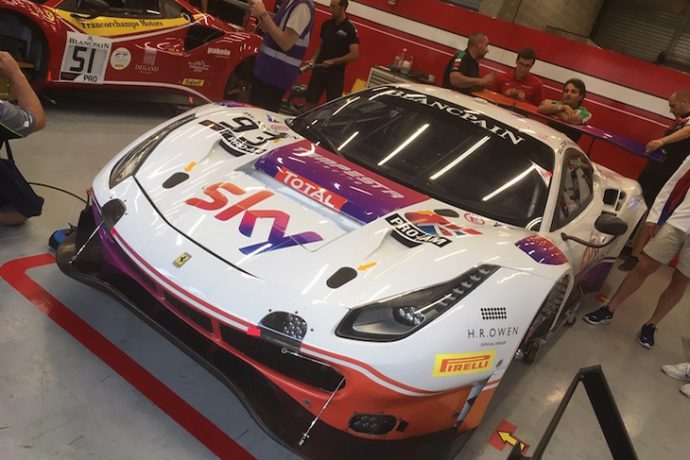 Daniel Keilwitz, Rino Mastronardi and Pierre Ehret will only compete in the Endurance Cup with the 488 GT3 Evo 2020 of Rinaldi Racing. The German team won the last 24 Hours of Spa-Francorchamps in the Am class with Christian Hook, Alexander Mattschull, Manuel Lauck, and Hendrik Still.