Optimum Motorsport is to return to the International GT Open for the start of the delayed 2020 season.

The British team first competed in the GT series in 2017, first with the Audi R8 and more recently their Aston Martin Vantage.

For the forthcoming campaign, the team will field two McLaren 720S GT3s, with Nick Moss and James Pickford in the Pro-Am #27 car and drivers of the second entry to be confirmed at a later date.

The global pandemic has had a significant impact on teams up and down the pitlane and championships around the world.

The condensed calendar for the British GT Championship has forced a wholesale review within Optimum, the result has been a sooner than expected move to GT3 McLarens in Europe for Nick Moss and James Pickford who had been due to share a GT4 class McLaren 570S GT4 in British GT this season.

“We looked at the revised British GT calendar and we had too many clashes for the drivers, so we had to look at our options,” Team Principal Shaun Goff explained. “It has been a tense time for a lot of teams, not least for ourselves, but I’m very happy with the outcome and the two-car GT Open programme; we have enjoyed our time in the series in the past and we hope to achieve further success in 2020.”

Those calendars and other issues have seen wholesale changes to Optimum’s planned 2020 campaigns in British GT and GT World Challenge.

GT Open gets underway in the first week of August and concludes in November.

“Despite a lot of turmoil in the industry, we are happy with the revised programme,” Goff continued. “We’re delighted with the three campaigns ahead and now we look forward to getting back on track and racing.”

GT Open and Open Cup For Leutwiler and TFT

TFT and Porsche Centre Oberer Zürichsee (PZOZ) and Niki Leutwiler will be busy on International GT Open weekends for the remainder of 2020. 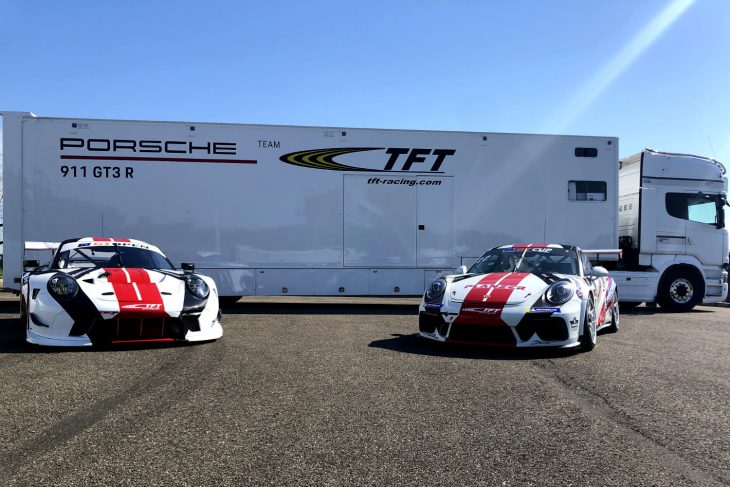 That’s because, in addition to the Michelin Le Mans Cup GT3 programme already confirmed the team will also contest both the  International GT Open (again with the Porsche 911 GT3R, and the GT Open Cup (with a 911 GT3 Cup).

Leutwiler was 2019 GT Cup Open AM champion and will enter the Pro-Am class in the Series in 2020 together with experienced one-make Porsche racer Vincent Beltoise. 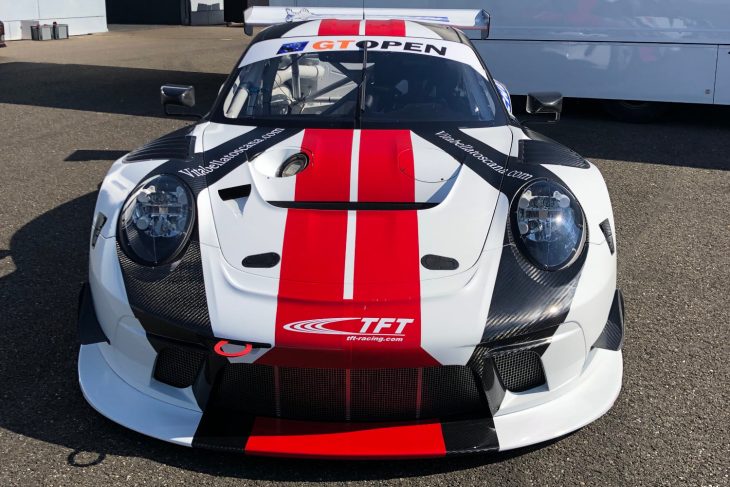 In the International GT Open proper Niki will drive solo in the Am class.

Niki Leutwiler: “2020 is a very special year for everybody. With the support from Porsche AG, we decided on an extended program because of many reasons: Obviously the investment took already in 2019, the commitment to represent Porsche in programs not having seen the brand for a while, the opportunity to turn a difficult situation into a great project for all involved and last but not least to support team TFT when it is needed most. We are all in this together so let’s make sure we get out of it together by going racing in the most professional and rewarding way possible.”

Vincent Beltoise: “I am joining the TFT Team for 2020 alongside Niki for the GT Cup Open program. Driving a Porsche 991 GT3 Cup phase 2, a car I know well for having driven in the Porsche Carrera Cup France for several seasons. The Team’s objectives are ambitious and well defined! What motivates me!

I will do my best to help TFT and Niki reach them!”

HTP-Winward Motorsport raced in GT Open in 2019 but were due to contest the GT World Challenge in Europe in 2020.

Changes to calendars though have seen the German/ US team switch back. 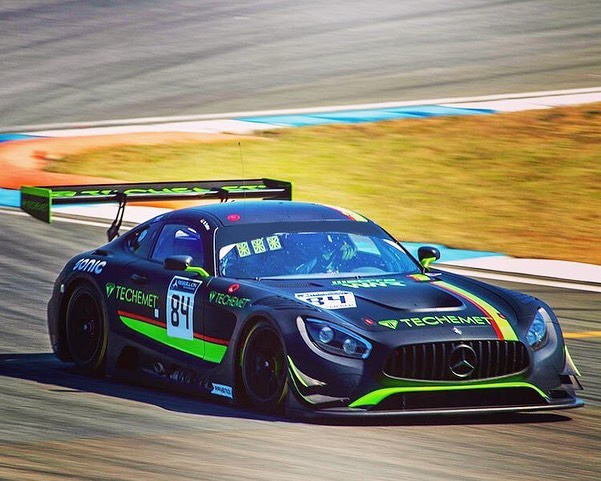 ARC Bratislava and Miro Konôpka will be on the grid for the start of the 2020 International GT Open at the Hungaroring on 6-9 August. 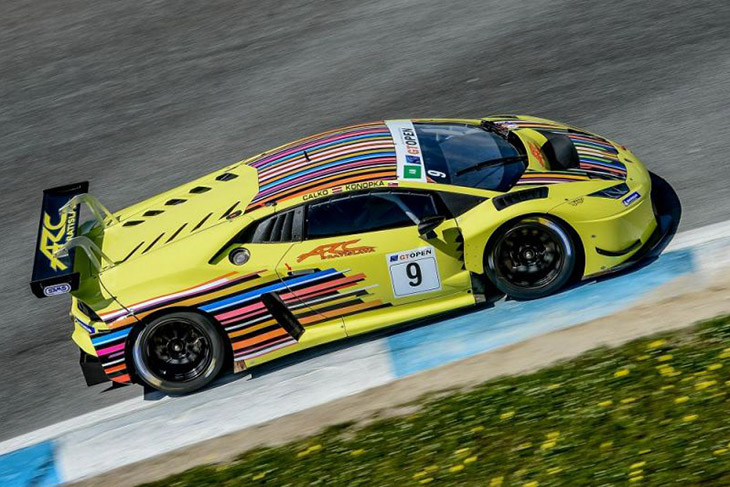 The Slovak team and its enthusiastic leading figure have confirmed their presence in selected events of the series this year, with attendance at the Red Bull Ring round already confirmed.

Miro and ARC Bratislava campaigned the GT Open in 2018, taking runner-up honours in the AM category. They will be back to it with their yellow and rainbow-livered Lamborghini Huracan GT3. The name of Miro’s teammate will be disclosed in due course.

Chaves confirmed to pair with Ramos at Teo Martín Motorsport

Henrique Chaves will continue with Teo Martín Motorsport in the 2020 season of the International GT Open and will form an all-Portuguese pair with Miguel Ramos. The duo will fight for the title at the wheel of one of the McLarens 720S GT3s of the Spanish squad. 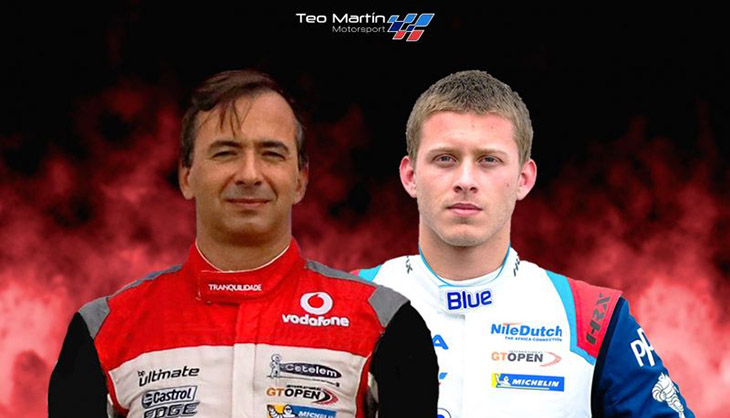 Chaves debuted in GT racing and in the Open last year, after convincing form in the ELMS in LMP2 the previous season.

His GT Open campaign in 2019 saw him finishing third and taking one win with Martin Kodrić. Chaves and Ramos already raced together at the end of last season, in the FIA Motorsport Games at Vallelunga. 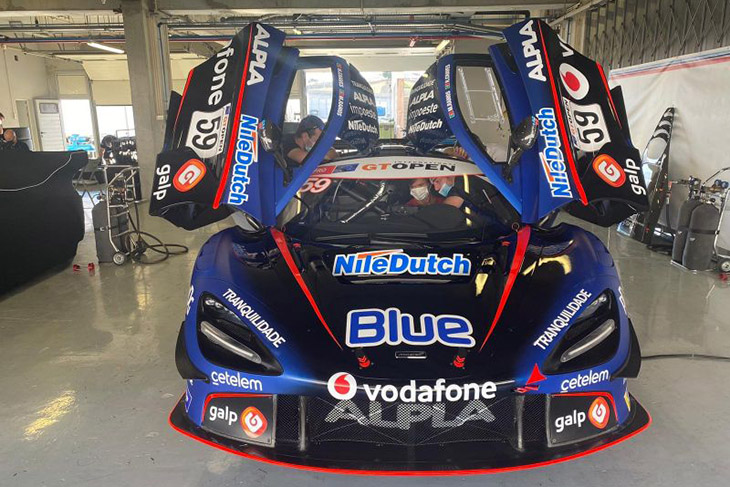 Teo Martín Motorsport is testing this week in Portugal, first at Portimão and then at Estoril, ahead of the start of the season.

Henrique Chaves stated:  ‘‘Last year, I could feel all the support that a very professional team like Teo Martín Motorsport can offer, it was very important to be able to fight for the title until the last round. This year, with more experience and a consolidated relationship with the team, we can be stronger and I hope to give back the team all the trust they have put in me. To race with Miguel is going to be great. He is so experienced, fast and reliable. He has already won the GT Open title with Teo Martín Motorsport and with a McLaren, and I think that together we can repeat that success.”