Nielsen Racing is a relatively new addition to the international sportscar scene, now in their third year in the ELMS paddock with two-car entries in both the ELMS and Michelin Le Mans Cup (where they also support a third), they have rapidly become one of the teams to beat in LMP3.

Founded by David Thompson, universally known as ‘Sven’, the team made its name in performance terms with success in Radical one-make racing and rather more literally with a partnership with Nielsen Chemicals from the end of 2014. 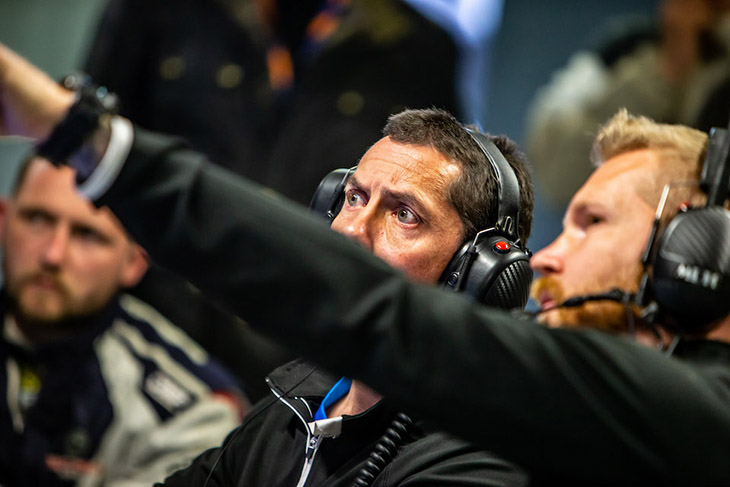 The Radical racing led to two other important relationships that last to this day – in 2011 Sven ran a Radical for ex-factory LMP2 driver Stuart Moseley, who today is the team’s Michelin Le mans Cup team manager.

There’s been almost as long a racing history with Tony Wells, a UK-based businessman with a passion for racing that he’s fulfilled for seven seasons now with the team, latterly alongside the emerging star that is 22-year-old Colin Noble, the pair battling in both the ELMS and Le Mans Cup, and scoring wins and podiums together, most recently and in spectacular style taking the LMP3 title in the 2019/20 Asian Le Mans Series, earning Nielsen Racing an LMP2 entry for the 2020 Le Mans 24 Hours in the process.

So in the wake of the COVID-19 enforced pause, and as the teams (and DSC) prepare to go back racing, it was time to catch up with Sven on the pans for the season ahead:

Let’s start with Le Mans, are things still on track for you to race?

“We are still fully committed to the entry we won through the Asian Le Mans Series Championship win.

“We have an arrangement in place for an ORECA to be leased to us for the race and we will run that car on Michelin tyres.

“Everything is going to plan for Le Mans and we hope all of the drivers aboard will be from within the team though it’s a little early to confirm that just yet.”

And still two cars for ELMS?

“Yes, as things stand the cars go ahead as planned. Rob (Hodes), Garret (Grist) and Charles (Crews) (Hodes and Crews pictured below) in one Ducqueine D08 and Tony Wells and Colin Noble in the other in ELMS. 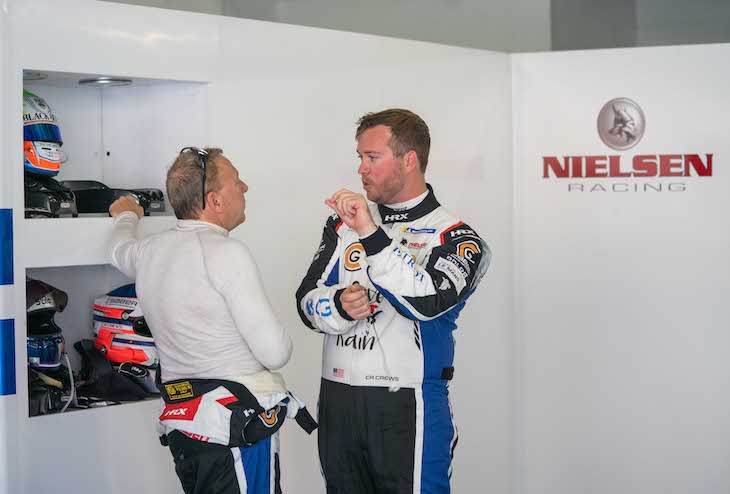 “In Michelin Le Mans Cup we have another two Duqueines, again one for Tony and Colin, and the other for Rob and Garett – plus we’ll again be handling the GrainMarket racing car for Mark Crader and Alex Mortimer, another Duqueine.

Anything else in the pipeline for Europe?

“We are considering a possible couple of outings in the Ultimate Cup with a customer’s updated Ligier but its too early to confirm that at present.”

Is it too early too to talk about a possible return to Asia?

“We want to do Asia and we’re trying to do Asia, I’d love to go back and defend our title.

“We’ve offered Asia out to all our current customers, but there are some questions because it’s obviously a reduced calendar and they were looking forward to Suzuka and The Bend.

“But on the flip side, and this could prove to be very important, it’s saved us around 80,000 Euros per car on the budget through reduced shipping costs!. So it’s a very economical way to do it. 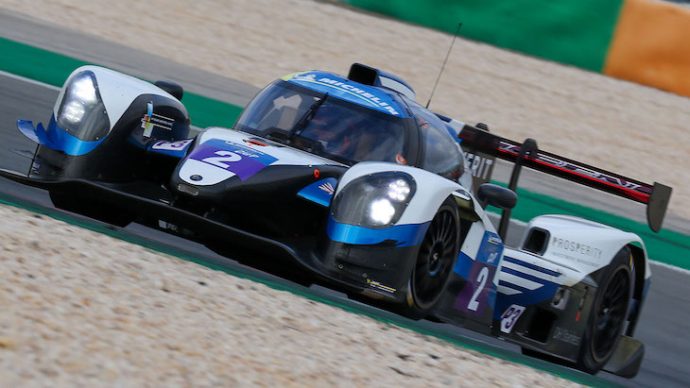 “It would be very, very easy to do Asia whereas normally it can be a pain to do it on top of our regular European programme.

“This time it’s comfortable, we come back from Portimao, we’ve got a couple of weeks to prep the cars. We load a shipping container.

“We then go and meet up with it six-eight weeks later. We stay in Asia for three weeks, do a full championship and come home.

“Six weeks later, the shipping container comes back, we re-prep the cars, go and do some pre-season testing and we carry on!

“Layout wise, it’s a dream. We just need to persuade drivers to sign up, to convince them that, at a time they can’t really so any testing in Europe they can have testing and racing with some good weather.

“For the kind of budget we would be talking about for the Asian Le Mans Series, and with the running, you get at those meetings, it would cost you more than that to do four or five tests in Europe at places like Monza, Barcelona, Paul Ricard, where we’ve been before anyway!”

2020, of course, sees the new LMP3 cars make their now much delayed race debuts, just what do Neilsen Racing have in the workshop?

“We have four Duqueine D08s which have been upgraded from Norma M30s, plus one brand new D08, that’s the GrainMarket car for this season, I bought the old car to use in Asia for Rob, Charles and Garret and they will be using it again in the ELMS this year. 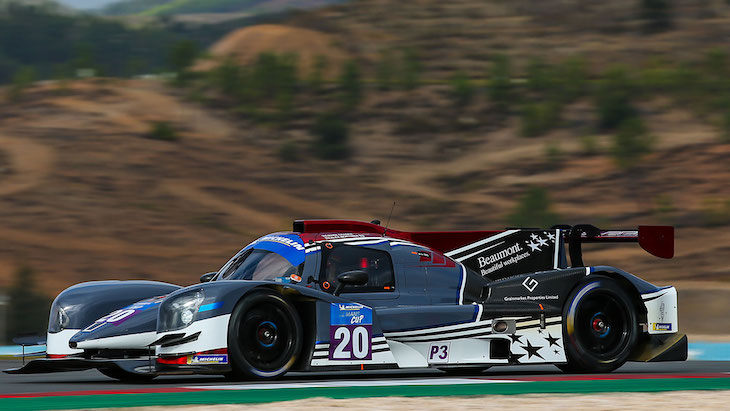 So a bit of a crowded house just now?

“We’re looking forward to moving into a new facility at the end of this year, a little smaller than our current place but so much better suited to what it is that we do, and how we want to show what we do.

“For a specialist team like us, having a large number of cars the shift to somewhere rather more bespoke is really a dream come true!

“It’ll be somewhere we will be proud to bring current and prospective future drivers. At the moment, we’re in a warehouse which was roughly converted into a race team workshop – It has served a purpose but it’s not the best environment – I’m looking forward to making the step forward.”

So how have things progressed with upgrading the cars through the shutdown?

“We had three months of the shutdown with pretty much nothing.

“We started the upgrades in March and we almost had them finished before the season was postponed. So after that, we shut down for three months because we couldn’t get the rest of the parts in because everywhere in Europe was on shut down.

“Our engines were stuck at Oreca for two months, we couldn’t get them. So over the last three weeks, we’ve had engines back, we’ve had all the bodywork we were missing back, we’ve been out testing all the cars and we’re about to get them vinyled up and ready to go.

“If we’d had more time and we’d gone racing we might well have had a new livery design for this year, but to be honest, there are more important things on the todo list right now.

“So it has been a very, very slow process to upgrade them purely because of the logistics of getting in and out of Europe for parts and staff availability as well?”

So how about testing? Where have you been? What kind of running have you had and with how many of the cars?

“We’ve had anywhere from one to three cars out on the same day at Donington, Snetterton and Silverstone.”

And how was your luck with the weather?

“Donington was horrendous, torrential rain with cars aquaplaning across the track. But Silverstone last week with three cars went like a dream, though we’re giving nothing away about our pace just yet!

“The car on used tyres seems to be a big improvement, which was already good in that regard anyway!

“We’ll find out where we are at Paul Ricard of course, form across LMP3 with the new cars is still a big, big unknown. We know that the car is definitely better it is definitely faster and it’s a lot nicer to drive. Where it is compared to the Ligier I simply don’t know yet.

And are the cars still running the additional 10 kilos this year (a penalty imposed on all of Duqueine’s customer cars in 2020 as a sanction for the homologation being late.)

“Yes, we’re still having to run the car 10 kilos heavier than the Ligiers, not a major issue bearing in mind the relative weights of the drivers, but the fact is that this is not a fair solution for the teams, to place a penalty on them because the manufacturer did something late that was completely out of our control.

What about feedback for the drivers, both the Pros and your Ams on the new car?

Clearly, you’re looking to do exactly the same as you did last year, win a championship and go back to Le Mans next year?

“We like to think that we are capable of taking podiums in every Championship, if that all comes together it’s about consistency and results.

The Colin Noble and Tony Wells combination has been maturing well?

On his day Tony is the best Bronze in the paddock, and Colin, if I could pick my dream lineup in LMP3 at the moment he would be in it. He is that good on used tyres, his feedback is great, he has matured so much as a driver in the last 12 months. 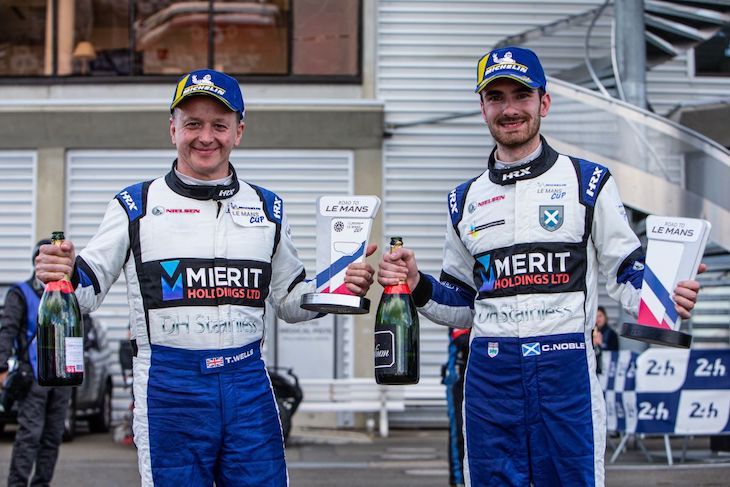 “As far as I’m concerned on race pace on race tyres and in race conditions, there’s not a single driver in that paddock I would put in the car ahead of Colin. 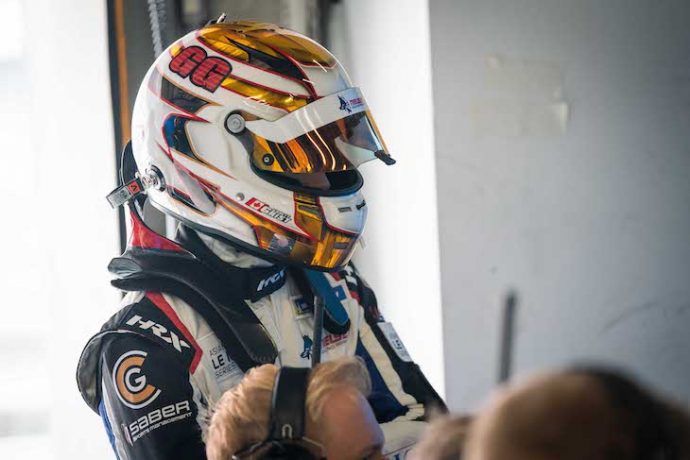 “Colin and Garett are trying to lock out the front row in every championship that they do. They are both going for the front and it’s helped them both because they both help and work off each other.”

“Yes it was – The absolute biggest highlight of my career was last October when we were named as the ELMS Team of the Year. It was completely unexpected. We didn’t have a clue we’d even be considered for it because we’re still fairly new. We’ve only been in the paddock for a couple of years. We haven’t won a European Championship yet (apart from some in the UK). And we won it before even starting the Asian Le Mans Series.

“I was absolutely over the moon, it was a real “pinch me” moment.

“And it’s gone from there to go into Asia and carry that confidence on and win the title. I feel now that a European title can’t be far off whether its the Michelin Le Mans Cup or the ELMS.

“If we can get rid of the ‘ifs and buts and maybes’ like a power steering loom failing at Monza or getting a drive-through at Spa for contact, if it wasn’t for that we’d have been pushing for the title last year.

If we can cut out those moments we’ll be right there!