The 2020 Autobacs Super GT Series was already going to be a year that saw a number of key changes on-track. Of course, circumstances far beyond the scope of racing have changed our entire way of life, and like every other racing series, Super GT has had to make changes to adapt to the dismantling of the “normal” we once knew.

This landmark season that was meant to begin in April now begins on 19 July. And now is as good a time as any to catch up on some of the many changes that Super GT fans will see this year.

Many more changes in teams, drivers, and cars will all be covered in our two-part field preview for the GT500 and GT300 classes.

The start of a new three-year cycle for the GT500 vehicle regulations brings with it three new cars in the premier category of Super GT. The fifth-generation Toyota GR Supra GT500 makes its series debut, alongside a new front-engined version of the Honda NSX-GT, and a revised Nissan GT-R NISMO GT500.

Built on the unified Class One technical regulation shared between Super GT and the Deutsche Tourenwagen Masters (DTM), the 2020 cars now have a standard engine control unit (ECU) supplied by new series partners Bosch, and a standardized suspension kit. They will still be powered by the manufacturers’ two-litre, four-cylinder, turbocharged Nippon Race Engines (NRE) that produce in excess of 600 horsepower, and are built around a common carbon fibre monocoque built specifically for the

With these key changes that bring the GT500 cars fully in line with their DTM counterparts, the new cars have been referred to as “Class 1 +a” (alpha) in the Japanese press.

Despite the bleak outlook for the DTM’s future after 2020, Super GT is committed to this set of regulations through the end of 2022 – with or without the German series’ involvement. 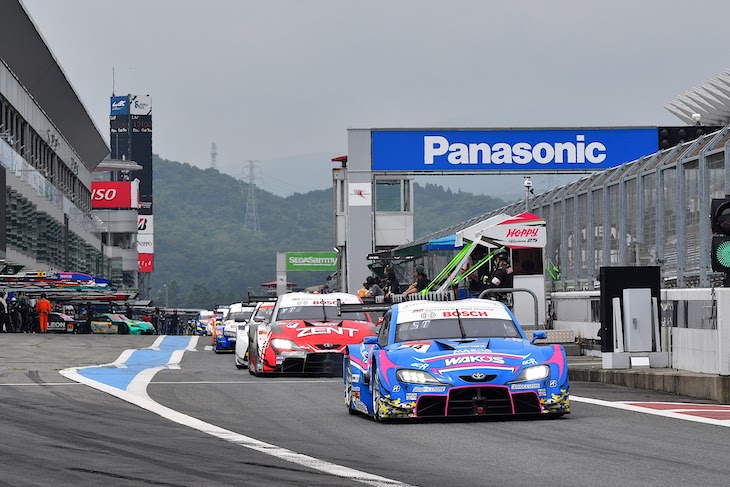 In order to limit travel for teams, and in turn, mitigate the potential spread of infectious disease, all eight rounds this season will take place exclusively within the Kanto and Chubu regions of Japan. Fuji Speedway will host four of the eight rounds, while Suzuka Circuit and Twin Ring Motegi will host two rounds apiece.

The passionate and colourful crowds of Super GT fans will be absent from the first four rounds. But depending on how the novel coronavirus pandemic evolves, Round 5 at Fuji Speedway on 4 October could be the first Super GT race to be open to spectators this year. 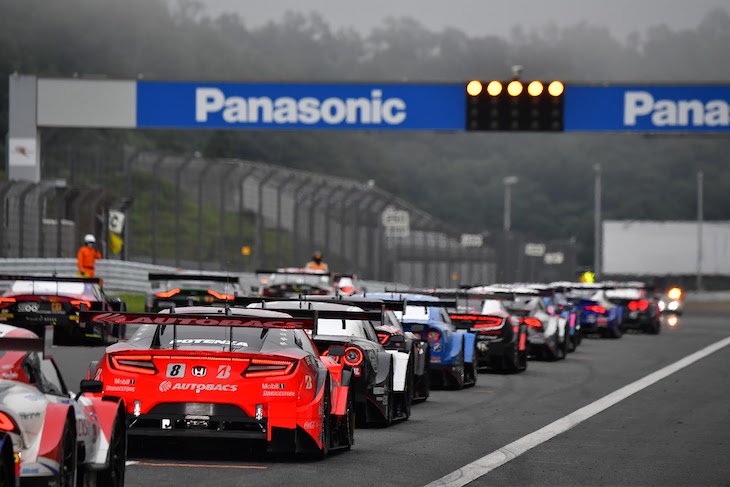 Race weekends will be more compact to start the 2020 season, in an effort to minimize time spent at the circuit. The schedule for the Takanoko Hotel Fuji 300km will be the first test of this new weekend format.

GT Association (GTA) Chairman Masaaki Bandoh has stated that all race distances this season will be 300 kilometres or less, and there are no plans to hold any long-distance races (like the Fuji 500 Miles or Suzuka 1000km). Similar reductions in race distance were carried out in 2011 after the Great Tohoku Earthquake and Tsunami. It is expected that there will be no support races in 2020 either. 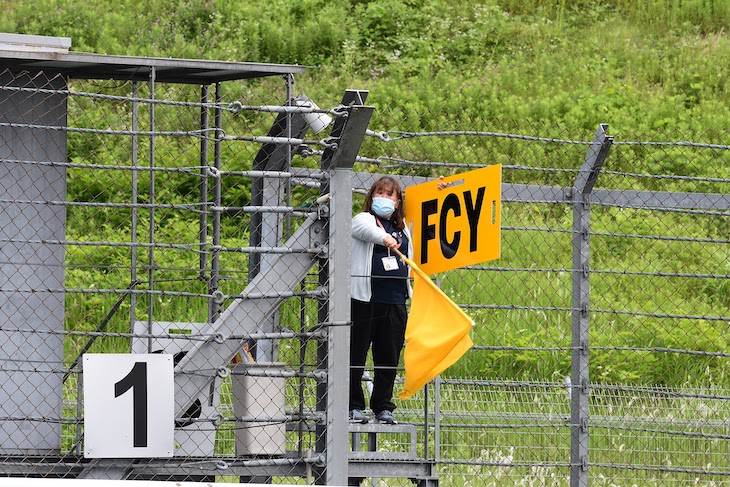 One long-term change coming to Super GT in 2020 is the introduction of the Full Course Yellow (FCY) to neutralize a race in the event of an incident. After a ten-second countdown, all cars will hold position and be held to a maximum speed of 80 km/h during the FCY period.

The entrance to pit lane is closed during FCY, but cars that were already in the pits prior to the FCY being declared can finish their routine service. 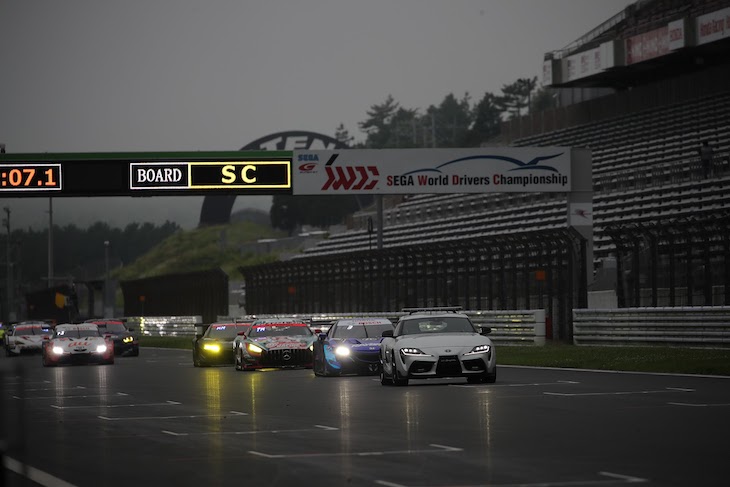 During instances where a Safety Car (SC) intervention is required, teams may now enter the pits for pitwork including tyre changes and refuelling once all cars have queued behind the Safety Car and the “Pit Lane Open” message is displayed. Mandatory driver changes under the safety car are still prohibited under these circumstances.

However, teams will have to pit their cars for a driver exchange on the lap that the Safety Car comes back into the pits, if one of their drivers has exceeded the maximum drive time limit of 2/3rds’ distance. 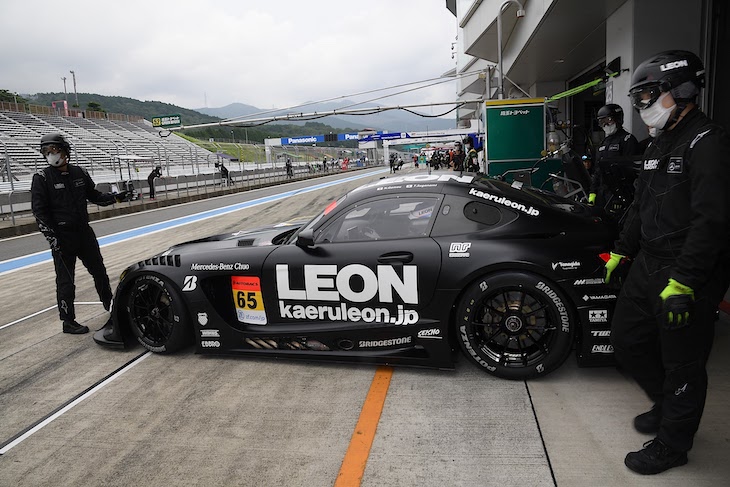 For 2020, the Success Ballast has been changed in the GT300 class: Teams in GT300 now accumulate 3kg per championship point in Rounds 1-6, meaning a race victory is now worth +60kg of Success Ballast for the following round.

For Round 7, the Success Ballast handicap is reduced to 1.5kg per point. All ballast will still be removed for the 8th and final round. 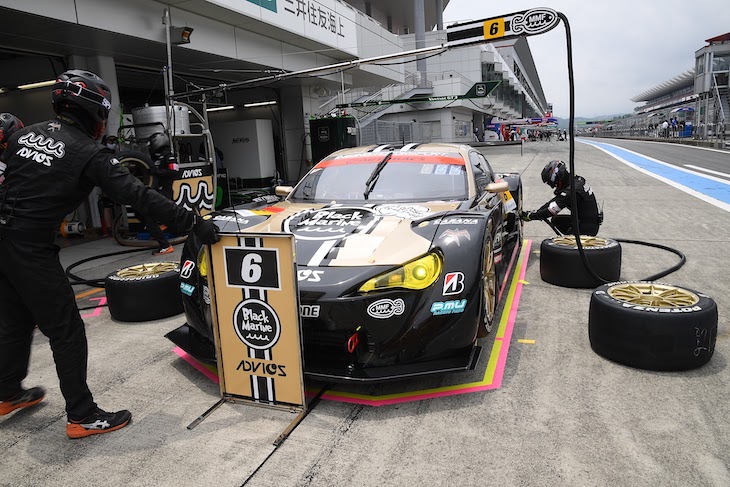 The GT300 Teams’ Championship points table has also been altered slightly. Teams that are classified two laps in arrears of the class now earn 2 points for finishing the race. Classification within one lap of the leader still earns 3 points, while classified finishers that are three or more laps in arrears earn 1 point. Top-ten finishers also earn points for both the Drivers’ and Teams’ Championship on the 20-15-11-8-6-5-4-3-2-1 scale.

This change will be most important when determining Seed Rights for the 2021 season, with the top 18 teams in the GT300 Teams’ Championship this season are guaranteed entry into all races next season. 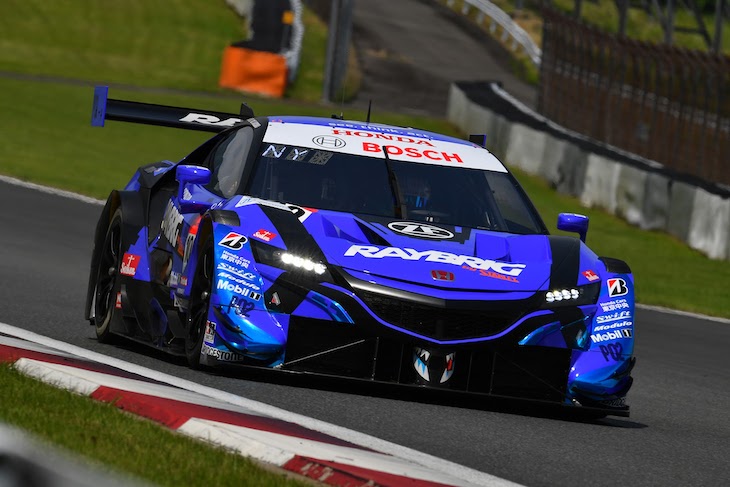 All cars across will now be fitted with the Lumirank Position Display System mounted in the windshield on the passenger side.

The Lumirank board in each car will cycle between displaying the car’s current position in the session, and the current driver’s first and last initials. 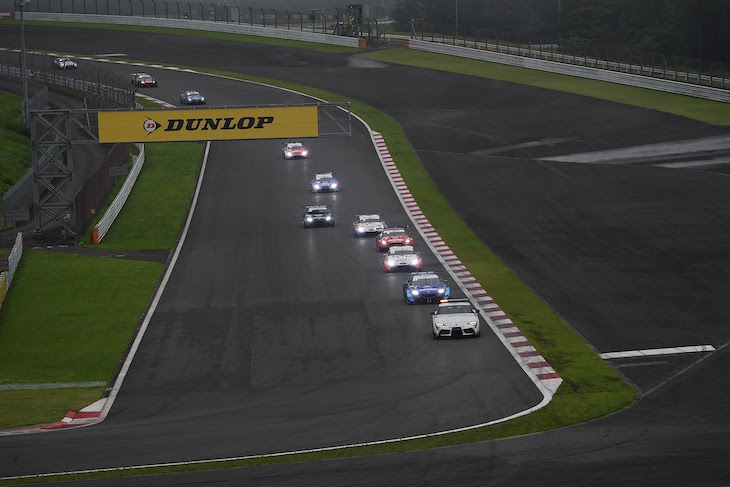 If a driver advances their position outside of track limits, or if they advance position with avoidable contact, the race director can now instruct the offending driver to give the position back.

Drive-through penalties and stop/go penalties may still be administered by the race director, and infractions by individual drivers are also subject to penalty points under the Driving Moral Hazard System, which can result in loss of practice running up to a one-race ban.

Images courtesy of Pierre-Laurent Ribault and the GT Association