A post-race penalty for the Octane 126 Ferrari handed the race win at NLS3, the second element of the Nürburgring’s first-ever double-header weekend, to the HRT Mercedes of Maro Engel, Manuel Metzger, Adam Christodoulou and Luca Stolz, the AMG quartet completing a win double over the pair of four-hour races. 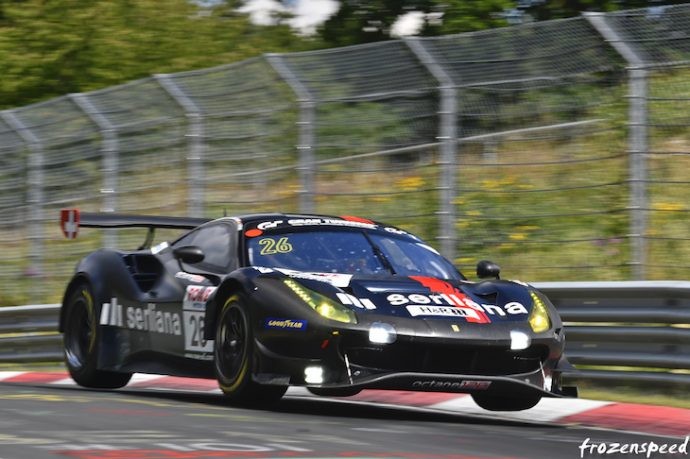 The AMG had crossed the line less than a second behind the Ferrari of Björn Grossmann, Simon Trummer, Jonathan Hirschi and Luca Ludwig but was handed the win when the Ferrari was relegated to ninth for a tyre irregularity, race organisers stating that the rear left was not to a spec the had been declared pre-race, a decision they have appealed.

A double HRT win then was the headline rather than the third ever Ferrari victory in the Series’ history after wins for WTM Racing in 2017 and Farnbacher Racing back in 2011.   An undisputed third position went to the Audi Sport Team CarCollection with Mirko Bortolotti, Christopher Haase and Markus Winkelhock with a lead group of six cars separated at the flag by under 25 seconds. 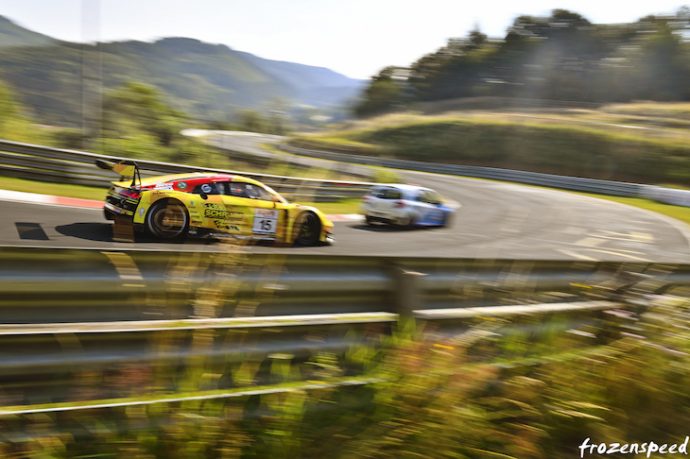 Behind the top trio were the Walkenhorst BMW by Christian Krognes and David Pittard, the GetSpeed-Mercedes with drivers Maximilian Götz and Raffaele Marciello and the Audi R8 LMS from Land-Motorsport with drivers Kelvin van der Linde, Christopher Mies and Mattia Drudi.

The #911 Manthey Porsche would come home eighth with the Octane 126 Ferrari classified ninth ahead of the best of the pair of KCMG Porsche’s which rounded out the top ten. 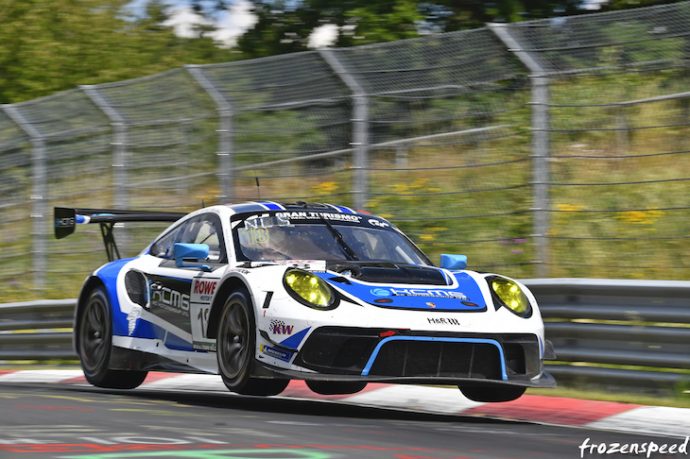 The race saw a landmark 2000th class win for BMW since the founding of the Nürburgring endurance series (formerly VLN) in 1977, BMW teams have now achieved 2,004 class wins.

In the third race of the 2020 season, FK Performance Motorsport in the Cup5, Bernd Kleeschulte and Carsten Welschar (BMW M3 GTR) in the H4, Walkenhorst Motorsport in the M2 CS, Hofor Racing by Bonk Motorsport in the SP10, Daniel and Julian Odenthal triumphed with David von der Mark (BMW 325i) in the SP4, Thomas Reiner and Manfred Schmitz (BMW 318iS) in the V2 and the Pixum CFN Team Adrenalin Motorsport in classes V4 and VT2.

With their third class victory in the third race, the adrenaline trio Danny Brink, Philipp Leisen and Christopher Rink defended their championship lead in the Nürburgring endurance series. 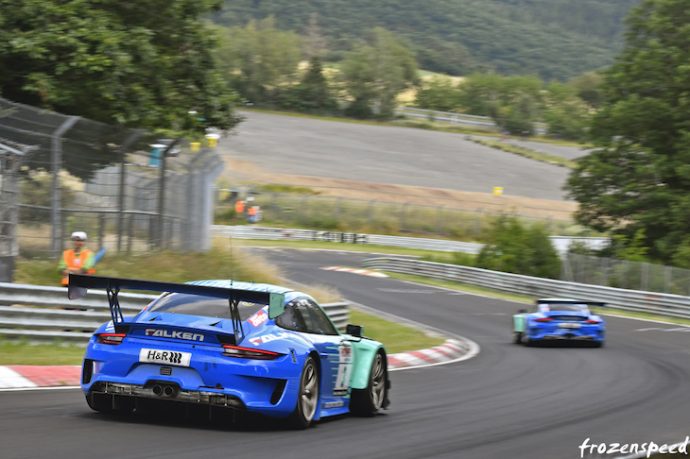