Callaway Competition is the most successful racing team in the history of one of the most competitive national GT Championships in the world, the ADAC GT Masters, and the team is celebrating its 25th year in this most unusual of racing seasons! 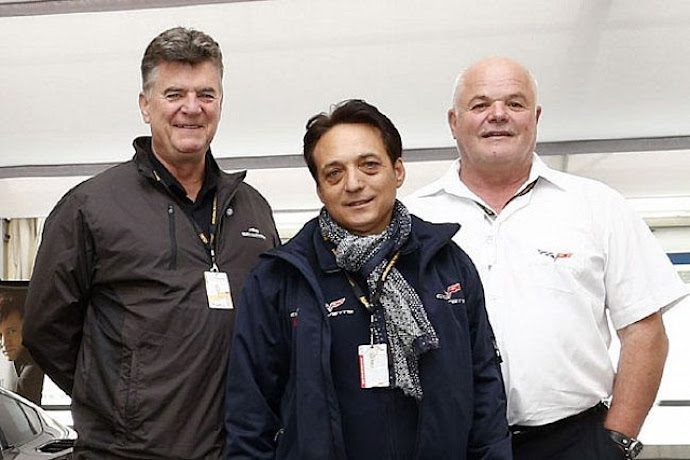 The team, from Leingarten near Heilbronn, Germany, was founded in 1995 by Giovanni Ciccone and Ernst Wöhr together with Reeves Callaway.

Since then the team has contested not only the ADAC GT Masters but also the 24-hour races at Le Mans, the Nürburgring, Daytona and Barcelona, and has won FIA ​​GT3 European Championship.

The story of the Leingarten race shop began a decade before the team we know today was founded when car builder Ernst Wöhr merged with bodybuilder Giovanni Ciccone under the name “Wöhr & Ciccone”.

Three years later, Ernst Wöhr met the US automaker, Reeves Callaway, at the Frankfurt Auto Show and a deal was done that saw their bodyshop and crash repair business transformed into the official European outlet for the Callaway brand and their spectacular re-imagining of the Chevrolet Corvette.

The first race programme came in 1990, “Wöhr & Ciccone” decided to enter professional racing through historic motorsport. Giovanni Ciccone’s ’65 Corvette, which had already been restored at the time, was turned into the company’s first race car with the help of experienced engineer and racer Herbert Schürg. “Herbert showed us how to correctly build a race car,” recalls Ernst Wöhr. With this car, the team won the FIA ​​Historic GT Championship in 1991 and 1992.

In 1994, Reeves Callaway, who had continued to have a close relationship with his German partners, said on a phone call: “Let’s build a car for Le Mans”.

That was the starting gun which saw a Corvette C4 with a 6.2-litre V8 converted to a full race-spec machine and used for the 24 Hours of Le Mans in 1994.

After capturing pole position in its class and holding the lead of the GT class for nine hours at P1, the race ended prematurely for the Corvette after the French driver Michel Maisonneuve ignored pit signals and ran out of fuel.

In the same year, the team joined the BPR series and took class victories in Vallelunga and Spa , as well as second place in the 1000 km race in Suzuka. 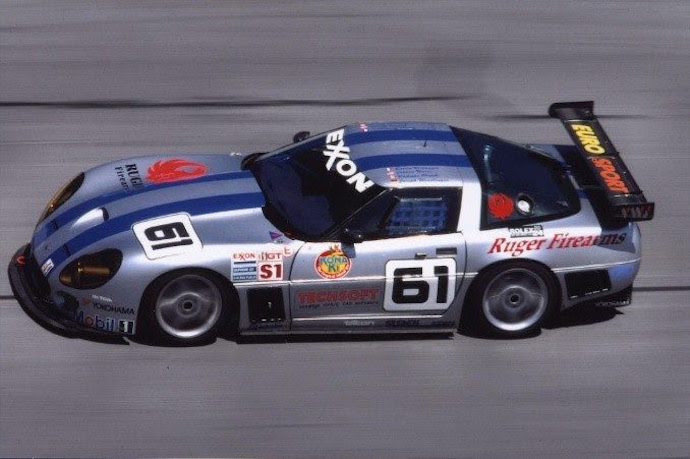 The greatest successes of this period was a double podium finish at Le Mans in 1995 for the Callaways 2nd place in GT2, 9th overall for Callaway, and 3rd place in class for customer Team Agusta.

It was that success in not only finishing but scoring podium finishes, that led directly, in July 1995 to Callaway, Ciccone, and Wöhr deciding to found Callaway Competition.

The hugely promising GT-1 project, the Callaway C7 (pictured below) failed because of FIA ​​changes in the GT1 regulations that put minimum production car requirements way out of reach for Callaway. Karl-Heinz Knapp and Günther Schlag left the company. 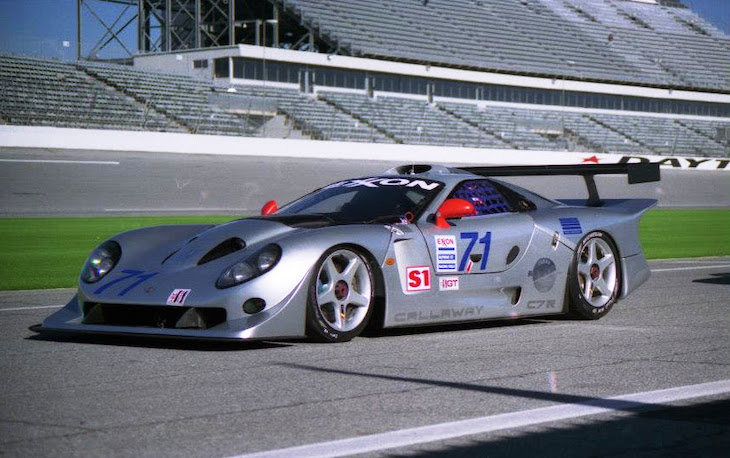 In the following years, a number of customer vehicles were built and supported by the Callaway team.

In 2005, the decision was made to develop and build vehicles together with Toine Hezemans and his engineer Mike Gramke based on the new C6 Z06 Corvette and the newly released FIA GT3 regulations. The plan was to start in the FIA ​​GT3 European Championship series in 2006 and to participate in the ADAC GT Masters series in 2007. 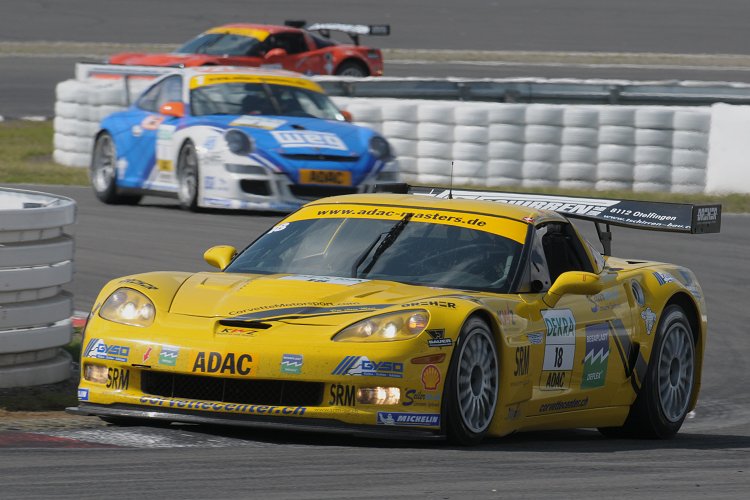 The Corvette Z06-R GT3, which was constantly further developed by Callaway Competition throughout its life (including a re-homologation with improved aero, and a new and larger V8), was not only the longest-serving but also the most successful vehicle in the “Super Sports Car League” in both racing series (FIA GT3 to 2012 and ADAC GT Masters to 2014) with numerous victories and other podium finishes.

Customer teams such as “Toni Seiler Racing” and “RWT Racing” were also successful with the support of Callaway Competition.

In 2009, the team of Callaway Competition took the ADAC GT Masters teams title for the first time. 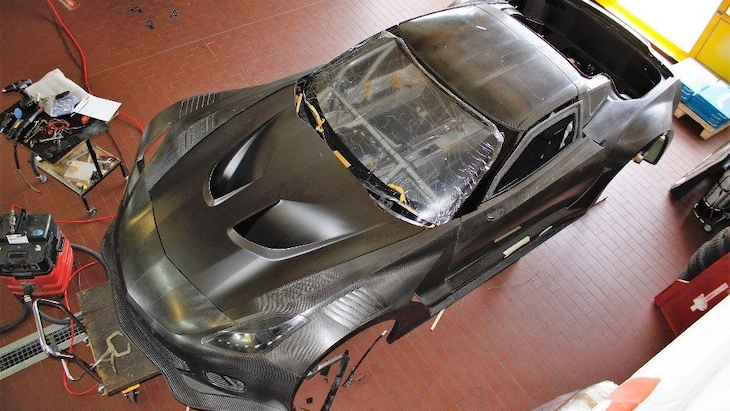 Many well-known drivers have joined the team over the years, including Heinz-Harald Frentzen, Sven Hannawald, and Daniel Keilwitz, who secured the most victories for the team. With the new C7 GT3-R, the team could build on the 2015 double title winning success of the Z06 R GT-3. Jules Gounon and Daniel Keilwitz confidently won all titles in the ADAC GT Masters series in 2017. 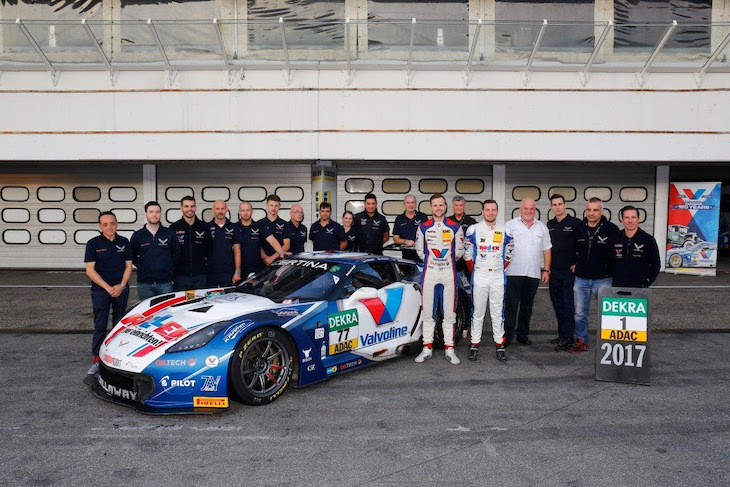 “When it came to doing business in automobile racing, we didn’t want to concentrate on just one branch,” explained Ernst Wöhr. Therefore, under the direction of Giovanni Ciccone, the Leingarten duo also deals with construction and development as well as prototype and modeling to support carbon fiber parts manufacturing for the automotive industry. In the future, the company would like to direct its focus on tuning and service for road vehicles.

25 years of racing are now in the Callaway Competition history books and many more are set to follow.

On the road cr front things are still progressing too – the occasion of the 25th anniversary of Callaway Competition sees a limited edition, special model of the Callaway Corvette SC757 road car will be released, in cooperation with Callaway Cars USA and development partner Tikt. 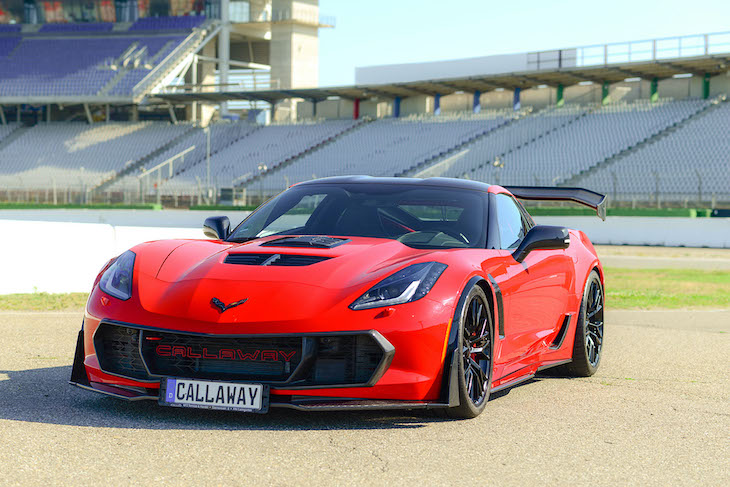