Era Motorsport drivers Kyle Tilley and Dwight Merriman will race with IDEC SPORT at the 2020 24 Hours of Le Mans in the No. 17 Oreca 07. The pair will be joined by Jonathan Kennard.

IDEC Sporting Director Nicolas Minassian raced with Tilley and Merriman earlier this season at the Rolex 24 At Daytona, earning a third place finish in the #18 Era Motorsport Oreca in the LMP2 class. The partnership planting the seeds to bring the Era drivers across the Atlantic for the most legendary event in sports car racing.

“Participating in the Rolex 24 At Daytona and the 24 Hours of Le Mans in the same year is just fantastic,” said Era Motorsport owner and driver Kyle Tilley. “It’s an exceptional opportunity to be able to do the 24 Hours of Le Mans with such a great team. It’s the biggest car race in the world, and we get to be part of it! I am still a little speechless.”

“Never in my wildest dreams did I think we’d be running the 24 Hours of Le Mans in our first year of professional sports car racing,” said Dwight Merriman. “Kyle has been a great leader in what has been a crazy year. We’re going to make the most of this opportunity with IDEC Motorsport and Jonathan Kennard.

”Jonathan Kennard last competed in the 24 Hours of Le Mans in 2010 for Kruse Schiller Motorsport in a Lola LMP2, finishing tenth in class. He started his career competing in feeder series for open wheel racing, becoming a test driver for Williams F1 team in 2009, and joining the ranks of sports cars in 2010. He now successfully races in Historic Formula One and Endurance Racing Legends.

“It has been a long 10 year journey since I last I raced at Le Mans and I can’t wait to get back on track,” said Kennard. “I am looking forward to working with IDEC, Oreca, Kyle and Dwight over the coming weeks. It will certainly be a slightly different 24 Hours of Le Mans this year under the shadow of the worldwide COVID-19 situation, but the immense challenge of racing at Le Mans remains, and it is an extremely special place. I am excited to get started now and will do everything I can do between now and the race to prepare as well as I can.

”In preparation for the event, the Era drivers recently completed a two-day test at Road America in Elkhart Lake, Wisconsin (pictured above and below). 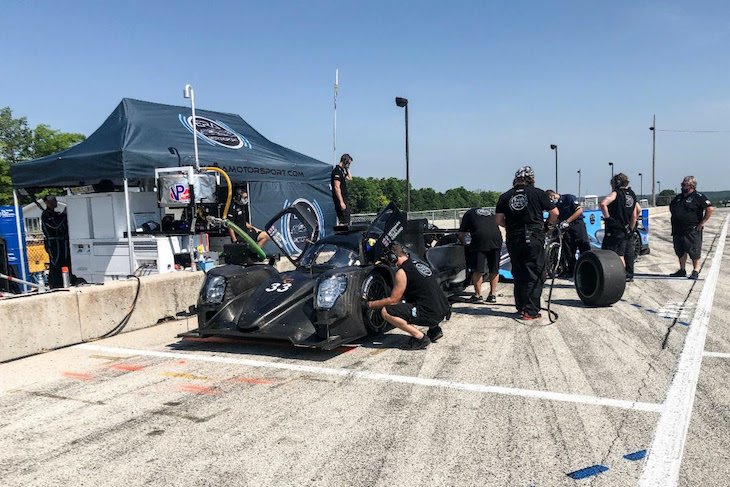 The current COVID-19 restrictions for international travel require a mandatory period of self-quarantine upon arrival if allowed into the country, which would likely result in Tilley and Merriman missing the IMSA Series round at Watkins Glen International September 4-6. The 2020 24 Hours of Le Mans is currently scheduled to be held September 19-20, if no other changes are made due to the COVID-19 pandemic.

“I expect the pre-race festivities will somewhat be muted due to COVID-19, however the magical nature of the race is something which can’t be dulled,” concluded Tilley. “September can’t be here soon enough!”

“We are very pleased to announce today the arrival of Kyle Tilley, Dwight Merriman, and Jonathan Kennard to IDEC SPORT for the 24 Hours of Le Mans 2020,” concluded IDEC SPORT President Patrice Lafargue. “I know that we share the same values in motorsport. They are professional, passionate and eager to learn. Like us, they obviously want to get the best possible result at the 24 Hours of Le Mans while remaining humble. We intend to make this new adventure a success. We are proud of the trust that Dwight, Kyle and Jonathan have placed in us.”