The Ligier European Series, the new single-make series of the French constructor, in support of the ELMS, hit the track for the first time today with free practice at Circuit Paul Ricard.

In the Ligier JS P4 class it was Larbre Compétition leading the way in both sessions with its #34 Ligier JS P4 and the tandem of Valentin Simonet and Alexandre Yvon.

On the programme for this first day of on-track action: a one-hour free practice session and two 20-minute qualifying sessions to determine the starting grid for race 1 and 2 on Saturday.

In the free-practice session, one Ligier JS P4 was missing, the #16 M Racing car led by Sacha Lehmann from the l’Institut de Pilotage de Jean-Bernard Bouvet, who had to withdraw for medical reasons. The category suffered some bad luck the day before. Following an unfortunate accident in the paddock, Belgian driver Kevin Balthazar from the Milo Racing team was taken to hospital for an ankle operation. The young driver, nevertheless took part in free-practice the next day behind the wheel of the #81, without, however, being able to give it his best effort.

The #50 Italian HP Racing Team Ligier JS P4 driven by ex ELMS driver Andrea Dromedari set the best time in free practice with a lap of 2:03.230s, before being stopped three minutes from the end with an engine problem.

It was followed by just 0.08s by the #34 Larbre Compétition Ligier JS P4, with French Auto Hebdo Magazine test driver, Valentin Simonet at the controls. 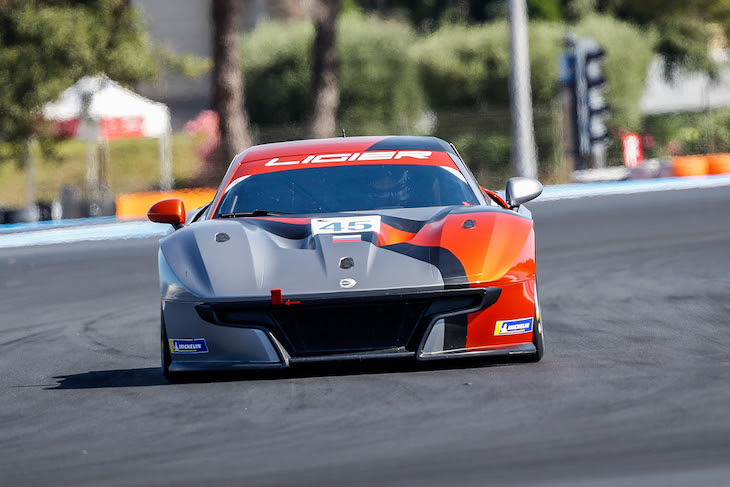 That impressive performance level was confirmed in the first qualifying session where the Russian driver claimed the first pole position of the season in 2:06.007s. He will start race one on Saturday on row one, with the team’s second JS2 R, the #46 of Antoine Chapus and Alex Marchois alongside.

In the Ligier JS P4 category, the #34 Larbre Compétition with Alexandre Yvon behind the wheel, set the best time amongst the prototypes. Unfortunately, two cars stayed in the pits: the HP Racing Team #50 and the Milo Racing #81 Ligier JS P4s.

During the second qualifying session that began two hours later, all the Ligier JS P4s were on track and it was the same #34 Larbre Compétition Ligier JS P4 setting best time in 2:02.510s with Valentin Simonet onboard. It will start front row in race two with the sister car, the #33 with Thomas Duchene and Julien Schell sharing the driving duties. 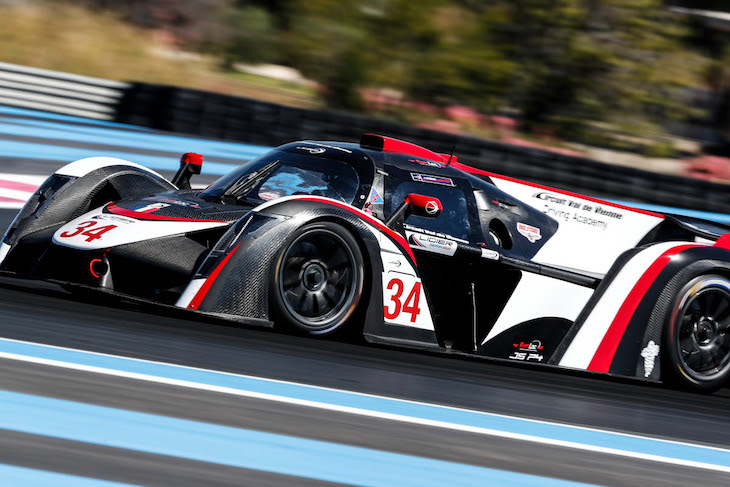 In the Ligier JS2 R category, Sébastien Baud in the Cool Racing #74 confirmed its speed with a fastest lap of 2:06.737s. 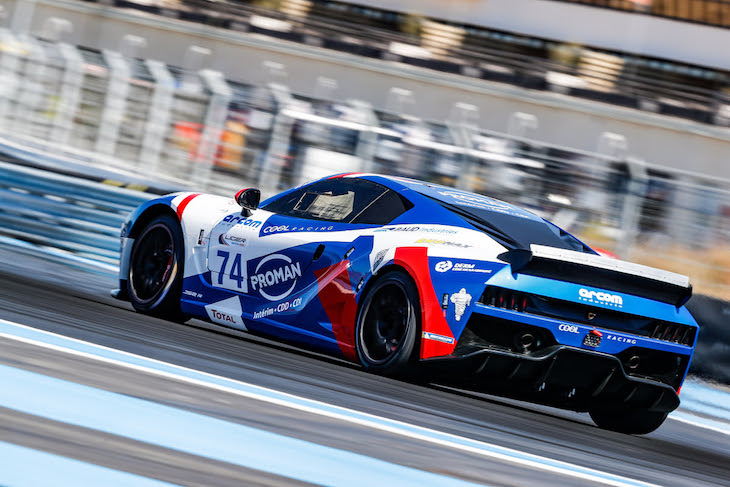 Despite the absence of spectators with the circuit and the paddock taking full precautions over COVID-19, a very pleasant atmosphere reigns at Castellet where veteran racers and gentleman drivers are thrilled to be back in action after long enforced break. And obviously pleased with their first day:

“It was only the second time we ran the car, but it went well. In the first qualifying session, we ran out of fuel on lap 6 and couldn’t set the time we wanted to, even though we finished third. For the second session, we found a good compromise between the car and myself with a lot of grip and we felt good in the car, which resulted in a great time and the pole. We are confident for tomorrow! I start 3rd in race 1 and I like to have a nice group of cars to battle with! In race 2, I will try to pull away and then race by myself!”

“I wasn’t expecting to take the pole position. It’s a nice surprise! I drove the car for the first time this morning in free practice. As the laps went by, I was going faster and faster and was starting to feel very comfortable in the car. I set the fastest time in the final few laps! I’m looking forward to tomorrow’s races. It’s also a great result for the team, which will start at the top of the class in both races. This first day of practice promises a great show on the track!”

Race one will take place Saturday, July 18 at 10:50 am and race two will start at 2:50 pm. An intense weekend for the drivers and teams.