Today was the pre-season Test Day at Paul Ricard for the ELMS-supporting Michelin Le Mans Cup field with 25 cars set for a pair of sessions – 4 hours in the morning and three hours in the afternoon.

There was one driver change, or rather the announcement of an additional driver replacing the always enigmatic TBA, Yury Wagner joining Gary Hauser in the #11 Racing Experience Duqueine.

There was very early trouble for one runner, the #2 Porsche 911 GT3 R stopping on track on its out lap, towed in and not reappearing for the remainder of the day, Porsche’s Julien Andlauer at the wheel, an exploded brake disc on the out lap the apparent diagnosis! 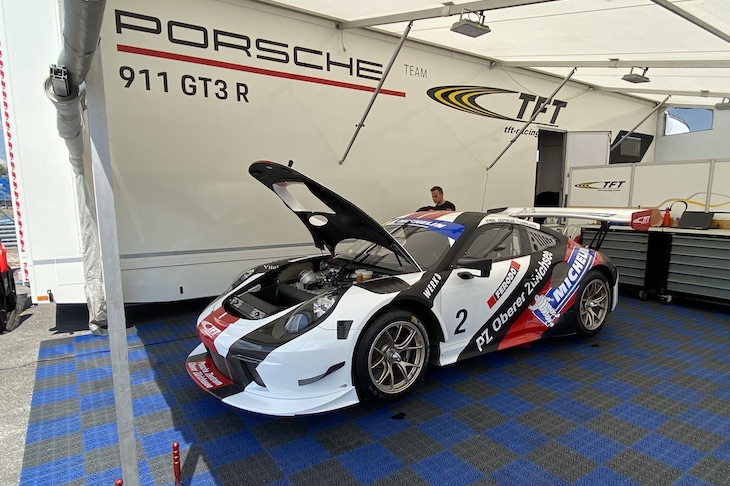 The car was still being worked on at the end of the day’s proceedings with replacement parts awaited, whether finger trouble or failure that was an expensive moment!

All other cars completed significant lappery, though there was a significant incident for another of the GT cars the IDEC Sport AMG in trouble in the last half hour of the days running, the car recovered with substantial frontal damage and an apparent long night ahead for the crew! The incident saw the session concluded some minutes earlier than planned.

Both sessions were topped by a United Autosports Ligier, Wayne Boyd topping the morning session in the #23 car he shares with John Schauerman with a 1:48.299, Andy Meyrick topping the second session with the sister #24 JS P320 shared with David Schneider – a 1:48.528, just two thousandths ahead of Bruce Jouanny, returning to action after a decade away in the debuting MV2S Racing Ligier. 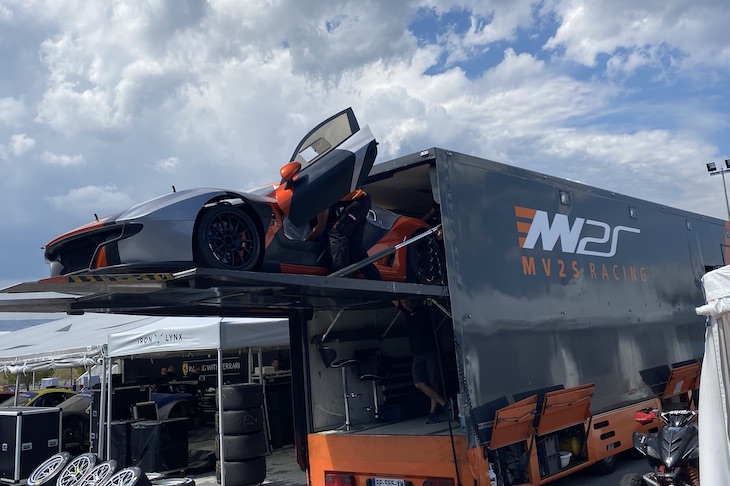 In GT it was another team, this time Kessel Racing that topped both sessions, again with different cars.

The Morning session saw David Perel put the #74 Ferrari 488 GT3 on top with a 1:54.238, Ferraris taking the top six slots in both sessions.  The session leading car though would bring out a brief red flag, grinding to a halt on the circuit, but rejoined later.

The Afternoon session was headed by another welcome returnee, Paolo Ruberti, ex WEC GTE Am race winner and still mightily quick, a 1:53.383 much the quickest GT time of the day in the #67 Kessel 488.

The new additions to the paddock today were the 16 runners for the Ligier European Series, the other handsome and purposeful JS2 R ‘GT’ cars and a smattering of the stubby but rather well proportioned JS P4 ‘Proto’ cars. 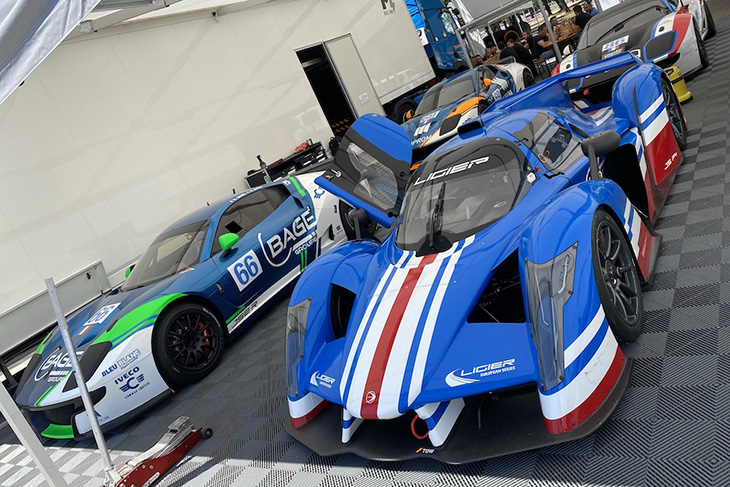 There were again a number of familiar faces, including Yvan Muller whose M-Racing outfit is looking after four cars this weekend.

Next door in the paddock was Larbre Competition with a pair of JS P4s, potentially for a one-off appearance here, one car allocated to French publication Auto-Hebdo for a feature article on the car and Series. 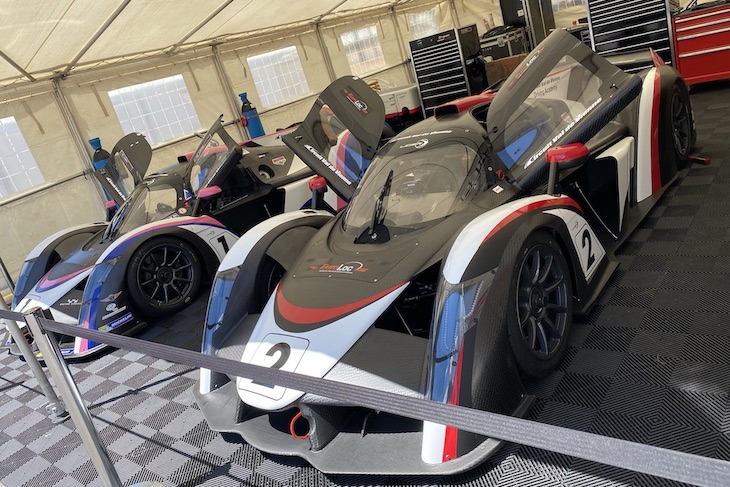 Larbre Competition team owner Jack Leconte indicated clearly to DSC today that he is unlikely to pursue a high-level endurance programme again, if that’s true then it would be the end of a remarkable story of title and race-winning success with multiple major Championships wins in FIA GT, Le Mans Series, ILMC and FFSA GT, two Spa 24 Hours overall wins and no fewer than five class wins at the Le Mans 24 Hours! 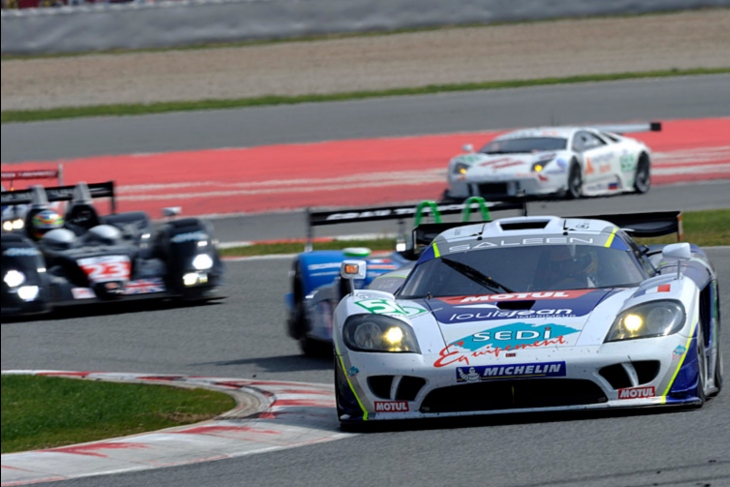 Not spotted today but entered are ex-double ELMS Class Champion and WEC GTE Am Champion Viktor Shaytar, set to race in one of three M2VS JS 2Rs, and Julien Schell, from long-time ELMS and sometime WEC team Pegasus Racing.

A photocall under the rebranded Goodyear Bridge immediately after track action was completed for the day saw the formal presentation of the Goodyear-branded Algarve Pro LMP2 effort, the two cars and six drivers looking splendid for the cameras. 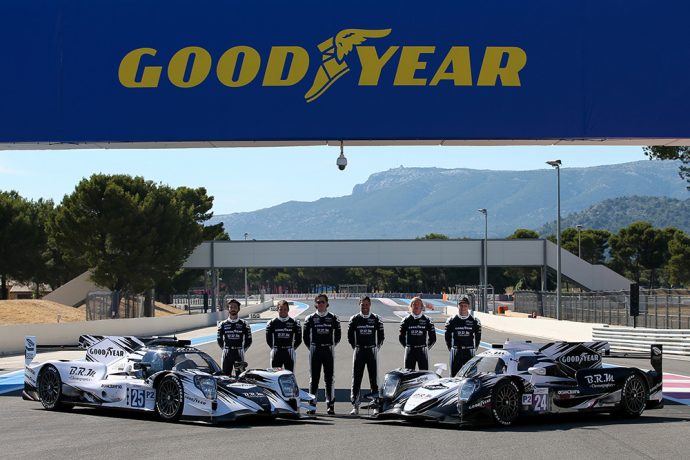 Algarve Pro meanwhile has a single entry confirmed for the Le Mans 24 Hours with the team’s second car understood to have been leased to Nielsen Racing for Le Mans.