The Portuguese star managed 1 lap in 1:39.238 in the #22 Oreca he shares with Phil Hanson to finish less than two tenths of a second clear of Alex Brundle in the sister #32 United Oreca.

Next up, and just 17 thousandths back from Brundle was fellow Brit Ben Hanley in the #21 DragonSpeed Oreca with Nico Lapierre (#37 Cool Racing), Nyck de Vries (#26 G-Drive racing Aurus) and Anders Fjordbach (#20 High Class racing) the only other drivers under 1:40 in another dry, hot and sunny session.

Fastest of the Goodyear runners was Jon Lancaster in the #24 Algarve Pro racing Orecawith a 1:40.1

In LMP3 it was yet another United car topping the. Times, the #2 Ligier JS P320 had been the class of the field in the pre-season tests here earlier this week and that form continued with Wayne Boyd the only driver under 1:48 in the class for the session.

The #2 headed a Ligier 1,2,3,4 with the RealTeam, RLR Sport and InterEuropol JS P320s heading the best of the Duqueines, once again Colin Noble in the #2 Nielsen Racing car.

GT saw the #77 Dempsey Proton Porsche of Andrea Picariello much the fastest of the pack – a 1:51.197 seven-tenths clear of Andrea Piccini in the #60 Iron Lynx Ferrari with the #55 Spirit of race and #66 JMW Ferraris (Matt Griffin and Jody Fannin) next up. 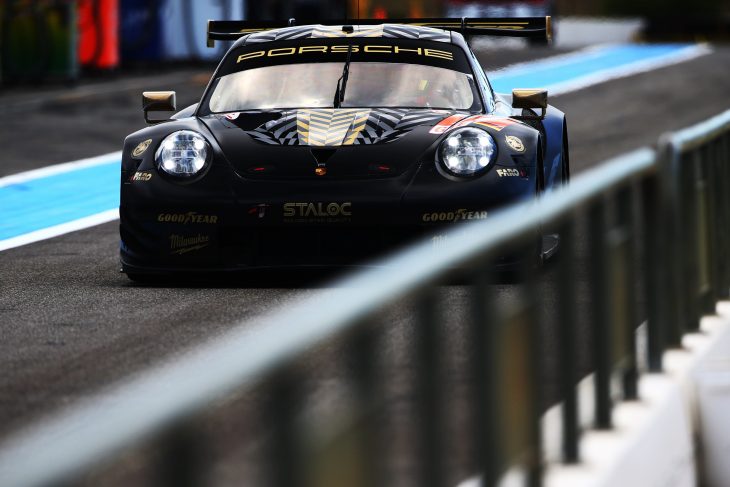 In LMP3 the #2 United Ligier topped the times again, an ominously rapid time from Radical star Rob Wheldon, a 1:49.975 four tenths clear of the always rapid Martin Hippe in the #13 Inter Europol Ligier.

IN GT it was the #74 Kessel Ferrari in the hands of Michael Broniszewski topping the times, a 1:53.721 well clear of Christian Ried in the #77 Dempsey Proton Porsche.

Fifth in the session in GT was a very creditable effort from the debuting Michael Fassbender in the #93 Proton Porsche, just over a second off the fastest time of the session.