Felipe Albuquerque grabbed pole position on the last lap of the session in the #22 United Autosports Oreca, a 1:38.268 spoiling the day for G-Drive Racing and new signing Nyck de Vries who had led the session with just a few minutes remaining, the Dutchman making a big leap in time and putting the Aurus clear of an otherwise tightly packed top group.

The #26 would finish the session 0.238 down with Alex Brundle in the #32 United Oreca an almost identical gap back in third after losing an earlier lap to track limits before both he and Albuquerque pitted to change tyres for the final push.

The final burst of activity saw IDEC Sport’s Paul Loup Chatin, who had briefly led the session drop to fourth on the grid ahead of DragonSped’s Ben Hanley and Cool Racing’s Nico Lapierre, both of whom had been in the top two at various points of the quick-fire session

The Michelin runners dominated, filling the top 6 positions before a trio of Goodyear runners followed.

Wayne Boyd snatched pole position for the #2 United Autosports Ligier JS P320 in the last moments of the LMP3 session, spoiling the party for DKR Engineering who had looked set to claim a second pole position of the day (after Michelin Le Mans Cup success early). 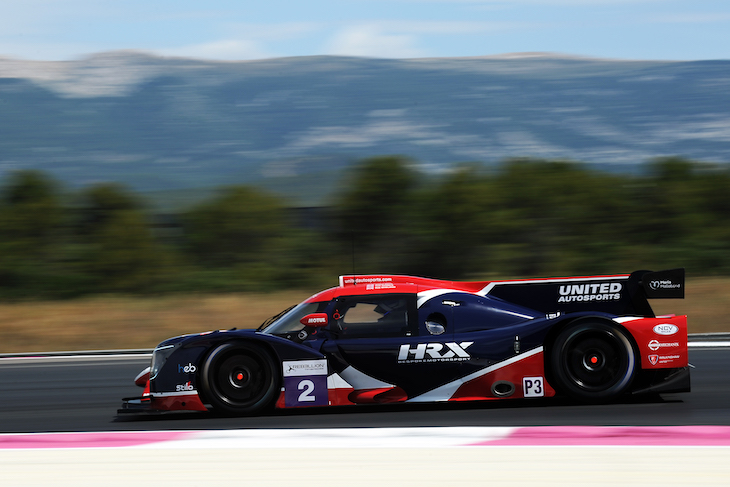 Boyd’s 1:48.315 was less than a tenth ahead of Laurents Hörr’s effort, the DKR Duqueine would retain second slot.

It would be an all-Ligier second row, Malthe Jakobsen a tenth down on Hörr with the #15 RLR Sport car with David Droux in the #8 RealTeam JS P320 half a tenth back in fourth, the top four separated by less than two tenths.

The session had come close to being red-flagged early on after Colin Noble’s #7 Nielsen racing Duqueine had stopped for a time, the young Scot though was able to retire the car, though was strangely off the pace thereafter.

GT

Niki Cadei set a surprise pole position for an ecstatic Kessel Racing in the #74 Ferrari in a last gasp effort that saw the Ferrari edge out Ross Gunn in the #98 Aston Martin Racing Vantage GTE, Cadei’s 1:51.729 just 0.016 of a second up on the Aston with a similar last gasp effort from Matt Griffin grabbing second to Gunn by just over three-hundredths back before Cadei’s effort elbowed the #55 from the front row just moments later.

Alessio Picariello was next up just a single thousandth off Griffin with the first of the Iron Lynx Ferraris fifth, just 0.114 off the pole time, the top 6 separated by 0.163 of a second