The Michelin Le Mans Cup often deals out odd moments, the opening round of the 2020 Series dealt out a full hand of them!  That started with the extraordinary bulletin just prior to race start that mandated an additional pit stop after Oreca divulged concerns over fuel consumption rates for the new LMP3s

That led to a lot of hard thinking from team strategists and some odd moments in pit lane.  Onto the race and, as usual most team opted to start their Am drivers – apart that was for newcomers Rinaldi racing who started Daniel Keilwitz in the #55 Duqueine

The Green D08 should have started third but that effectively became second when pre-race dramas hit the front-row striating #37 Cool Racing Ligier JS P320, Nicolas Maulini forced to start from pit lane when an attempt by the team at Oreca’s behest to upload a new map to deal with the fuel consumption issue failed, but worse still left the car unable to join the grid before the pit lane exit closed. We’ll come back to the #37 car’s short but spectacular race shortly!

Keilwitz had a rocket start and was looking to go to the front ahead of Polesitter Jean Glorieux in the #3 DKR Engineering Duqueine.

He made it to the first corner ahead, and began to pull away, but there would be trouble ahead.  The #55 initially led a train of Duqueine, ahead of the #3 DKR and the #7 Nielsen car started by Tony Wells. First of the Ligier was Rory Penttinen in the #26 Graff car, harassing Wells, perhaps a little too closely at some point, again the evidence of that would emerge a little later.

An early contender for the Series ‘Christmas Tape’ came very early on – The end of lap three and the #23 United Autosports Ligier tagged the rear of the second Rinaldi D08 just after the apex of T14, the final turn.

‘Steve Parrow’ half spun as a result and was briefly stranded, the Duqueine broadside across the left hand side of the track but with room to pass on the inside.

Easy as it is for armchair critics to offer judgment, the timing and manner of ‘Parrow’s’ decision to rejoin was simultaneously horrifying and near comedic, crossing the track as the delayed #37 car, that had started a lap down from pitlane, emerged from the corner and hitting the Ligier hard – with cars were then stranded in the middle of the track and the Safety Car was scrambled by Race Control where no doubt there were people who learned some new words in Portuguese! 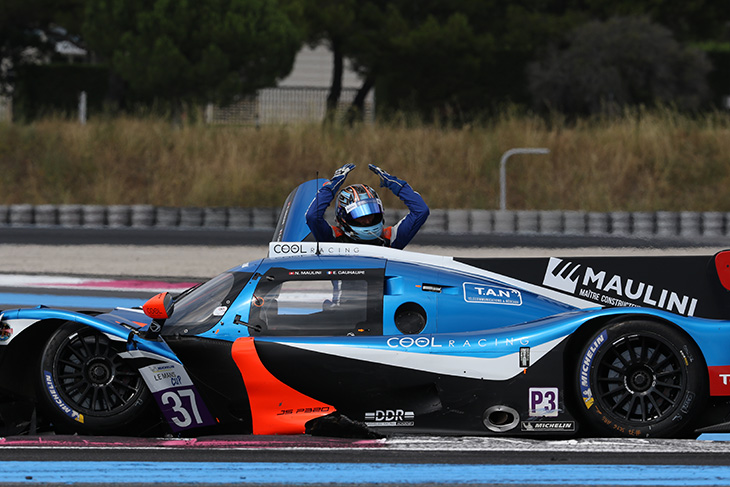 Maulini exited his stricken car, communicated with Parrow through the internationally recognised hand gesture of “What the hell was that?” And stalked away – This writer would suggest that he has had better days in motorsport.

The #23 would, much later, be dealt a 3 minute stop and hold for the initial contact, and there is a suggestion that the hapless #37 is not out of the woods either, there were double yellows waved at the corner before the Cool Racing car arrived!

Under the Safety Car there was clear sign meanwhile that the #7 of Tony Wells had been hit from behind at some point the right hand rear ‘legality’ component was dragging behind, and would later fall off. Despite a valiant effort from Tony Wells the lengthy stop to repair the car, and a second to repair the repair, would leave Colin Noble laps down in no mans land! 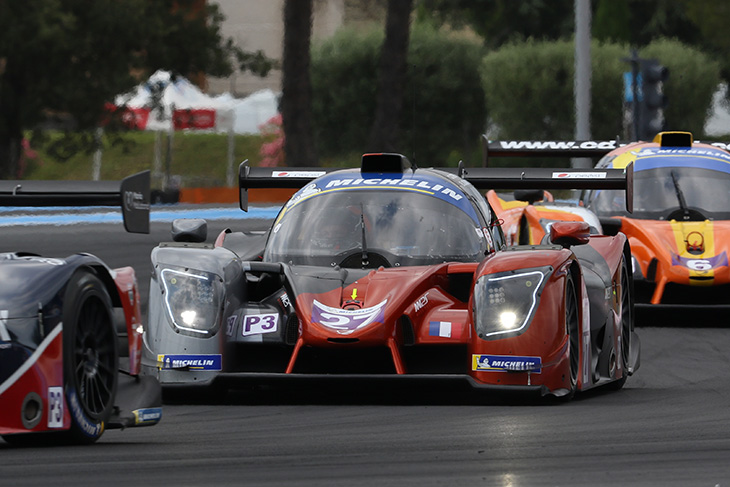 The #24 United Autosports squad meanwhile opted to take their long stop immediately, taking Daniel Schneider out and installing Andy Meyrick for what would prove to be a whirlwind of fast lappery – but it would have to be, because the car would definitely require two more stops, for Schneider to climb back aboard to complete his driving time, and another for the mandatory fuel top-up, where no other work could be done on the car.

Again under the Safety Car there was trouble for the #2 Porsche, the car stopping on the Mistral and requiring recovery to a place of safety – another one gone.

GT had seen the #8 Iron Lynx Ferrari move away rapidly with the #74 Kessel 488 in fairly hot pursuit, the Safety Car meant the advantage disappeared again, but the form of the #8would be crushing all day, Rino Mastronardi starting, and then Giacomo Piccini completing the race – Perfection should never be described as boring, but it was an all but perfect display.

At the half hour mark the race went back to green and almost immediately the timing screens broke the news that the leading #55 car was in trouble, a drive through penalty for a jump start, Keilwitz would rejoin in 10th and was pushing again.

Also in trouble was the second placed car in GT, Broniszewski crawling along the pit straight with smoke from the left rear and into retirement in the #74 Ferrari, that would put the sister #67 of Murod Sultanov into second place, the #17 IDEC AMG into third.

Andy Meyrick meanwhile was pushing hard too, he’d found himself just ahead of Keilwitz, the pair making top places, but Meyrick measurably the quicker of the two for lap after lap.

There was a change of leader meanwhile again, Glorieux had profited from Keilwitz’s misdemeanour but he was now under real pressure fro Penttinen, and the pressure told, the DKR man losing the back end of his car at T6 sliding wide and losing the place – Penttinen was 8 seconds up at the end of the lap!

But Meyrick was closing in, fastest laps were coming now and uo to fourth on pace before the leading group started their pit cycles.  At 55 minutes the Welshman led.

Next car in double was the third in GT-placed MG, Eric Maris with a substantial blow out, apparently after contact with Laurents Hörr, now aboard the DKR Duqueine, that would put the Mercedes into the pits and out of contention.

With 47 minutes to go Meyrick pitted with a substantial lead to take the mandatory additional pit stop, fuel only, he’d rejoin to pit again to change back to Daniel Schneider who emerged 5th, 36 seconds off the lead, but with every car ahead needing to make a fuel stop with around half an hour remaining.

The bad news was that several of the drivers ahead were very, very quick indeed, none more so than new leader Ben Barnicoat in the #69 Cool Racing Ligier, he had Laurents Hörr behind, but this time the DKT driver couldn’t close the gap. 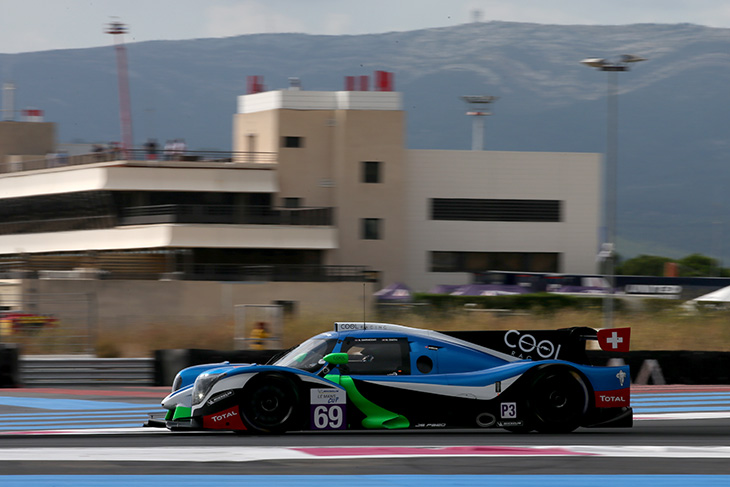 Barnicoat was pushing hard and taking the race out of the grasp of the United car in the process .

Even after the mandatory fuel stops in the closing minutes, the order looked stable, the pace still very fast.

Just over a minute to go and Barnicoat had extended the lead, once down to around 6 seconds, to over 12, but then suddenly his pace slowed, a puncture, the car was crawling on the Mistral, and Hörr was through to win, DKR’s remarkable run in this Series off to a flying start again in the most unusual of circumstances.

Behind, the podium was completed by the #98 Motorsport98 Ligier of Dino Lunardi and Eric de Doncker after a race characterised by both pace and freedom from drama! 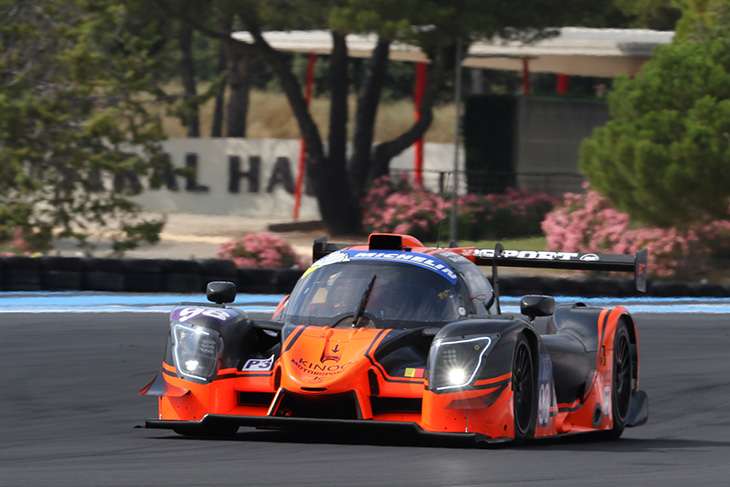 The same could also be said by the team finishing third, on their Le Mans Cup Debut – M2VS Racing with Christophe Cresp and the evergreen Bruce Journey, returning to the cockpit for the first time in a decade – an always delightful character was rightly delighted with the run from the #27 Ligier, their run aided substantially by the call to make the mandatory fuel stop under the early race Safety Car. 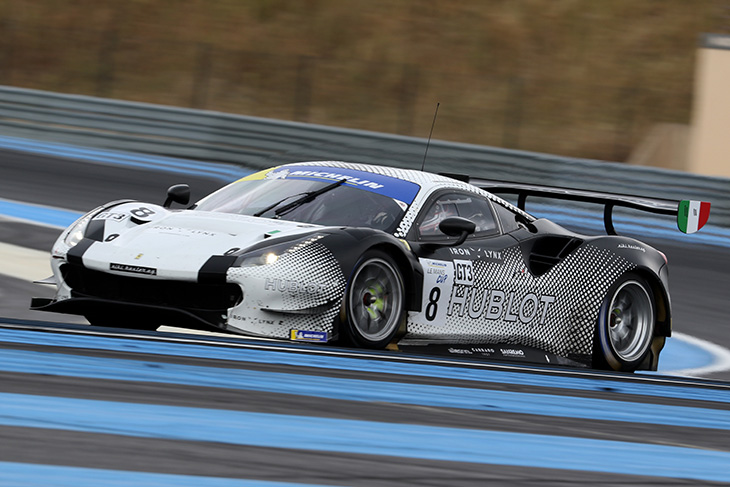 POST RACE UPDATE: the #27 M2VS Ligier received a 30 second time penalty for non-compliance with the pit stop regulations – that drops them to sixth and pushes the #26 GRAFF Ligier to the podium.

In GT the faultless #8 came home for Iron Lynx ahead of the #67 Kessel Ferrari, Paolo Ruberti charging hard to the finish, but the hill was a little steep this time – signs though that there will be more to come this season. 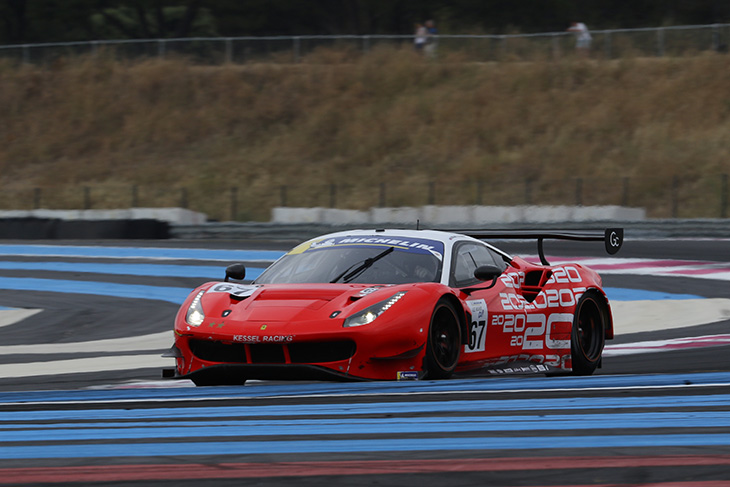 Completing the podium was another of the Iron Lynx trio, the #77 for Claudio Schiavoni and Andrea Piccini.  The Iron Lynx vs Kessel story is going to run and run! 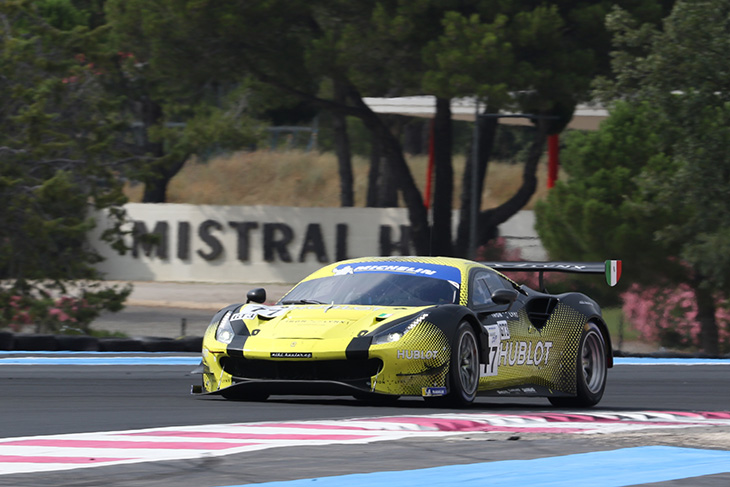