The sun finally burst through the clouds over Fuji Speedway, just in time for the running of the first round of the 2020 Autobacs Super GT Series. How appropriate, for the rays of sunshine cascading upon the empty grandstands, that would normally be jammed with spectators, will have felt like a relief after a seemingly eternal offseason.

The fifth-generation Toyota GR Supra debuted in fine fashion in Sunday’s Takanoko Hotel Fuji GT 300km Race, headlined by a clean sweep of the top five places in the GT500 class and a sensational pole-to-win victory for the #37 KeePer TOM’s Supra of Ryo Hirakawa and Nick Cassidy, with the #36 au TOM’s Supra of Yuhi Sekiguchi and Sacha Fenestraz completing a 1-2 finish for the legendary TOM’s Racing stable.

Team Cerumo cars finished 3rd and 4th, as reigning GT500 Champion Kazuya Oshima and Sho Tsuboi, piloting the #14 Wako’s 4CR GR Supra from the new TGR Team Wako’s Rookie, completed the podium in third position, ahead of the #38 ZENT GR Supra of Yuji Tachikawa and Hiroaki Ishiura in 4th, and the #39 Denso Kobelco SARD GR Supra of Yuichi Nakayama, and the other half of the reigning GT500 Champions, Kenta Yamashita, claiming 5th for TGR Team SARD.

And in GT300, the Saitama Toyopet GreenBrave won their first-ever race in the debut of their own JAF-GT300 specification GR Supra, with brilliant pit strategy, and impressive driving from Hiroki Yoshida and rookie Kohta Kawaii, the latter, a winner on his sports car racing debut. 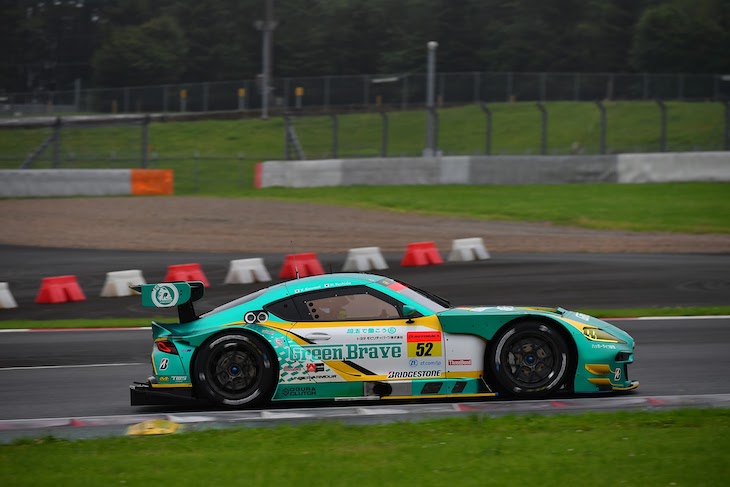