Proton Competition Team Owner Christian Ried was in good spirits after his #77 Proton Competition Porsche 911 RSR took the win in the opening race of the 2020 European Le Mans Series at Paul Ricard in the GT class alongside Alessio Picariello and Michele Beretta.

“It’s great to be back and to see everybody here working so hard to show that we can be safe. Just a few weeks ago I was not so sure that we could race this year.”

Ried has been working hard in the background to ensure that all is as stable as possible with both the race team and his family’s core business interests but there’s little doubt that at least a slice of normality is welcome:

“It seems a long time ago that we were racing, and it is good to be back in the paddock even if the feeling here is a little strange. It is still good to see everyone is well.”

Whilst there is still much to do in 2020 with parallel WEC and ELMS programmes still very much alive, including, of course, the 2020 Le Mans 24 Hours where plans are coming along apace: 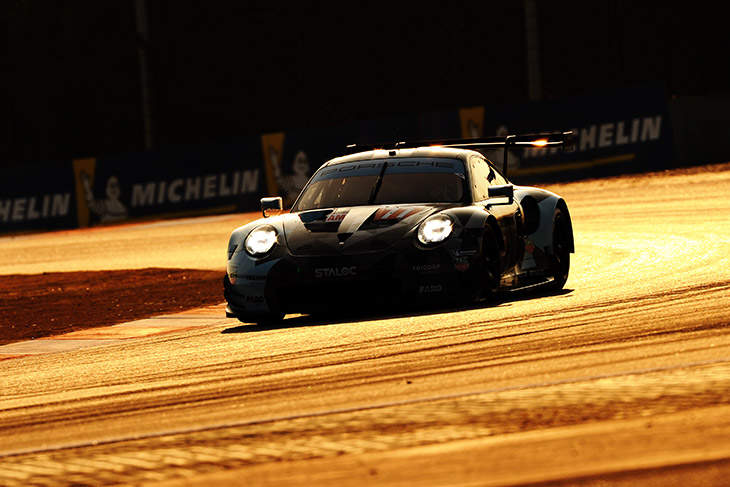 “We have four cars on the Le Mans entry and now we have to complete the squads for them, we are more than halfway there.

“It’s a little early to say what we will do next year, we have to see what the calendars look like when that is decided but we are ready to go in 2021 in GTE with new Porsche 911 RSR-19s.

“We already have four cars delivered, and by now, if things were normal we would be looking to test in a few weeks but obviously the race programmes, and in particular Le Mans take priority (the newer spec. RSR-19s are not eligible in GTE AM until 2021).

“All four are new build cars, not ex-factory cars, we expect to be testing in perhaps November.”