Acura Motorsports and Team Penske are to end their partnership in the IMSA DPi category at the end of the current 2020 season by mutual agreement.

The DPi programme began in 2017 with testing and development of the Oreca chassied twin-turbo V6-powered DPi with the debut into IMSA competition of the ARX-05 coming the following season.

Acura is believed to be fielding multiple expressions of interest in running ARX-05 in 2021 and beyond both from current IMSA outfits, and from others not currently active in the Dpi class, and indeed from outside the current IMSA paddock.

Team Penske meanwhile has been linked to more than one potential LMDh programme when the incoming top-class cars replace the current DPis, currently slated for 2022 but widely expected to be delayed as a result of the commercial disruption caused by the COVID-19 crisis by at least a year. 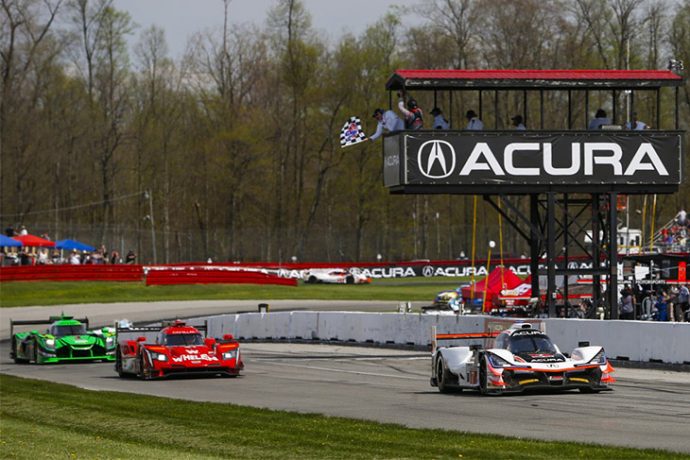 The team’s form and reliability has ben less convincing in the 2020 season thus far, IMSA defending champions Dane Cameron and Juan Pablo Montoya are only sixth in the points standings at present with the second Penske Acura crew of Helio Castroneves and Ricky Taylor down in eighth. Acura sits third, behind Cadillac and Mazda, in the Manufacturers’ championship.

“On behalf of everyone at Acura and HPD, we’d like to thank Team Penske for their incredible efforts and impressive results racing the ARX-05,” said Ted Klaus, president of Honda Performance Development, the competition arm for Acura Motorsports.  “The success we’ve achieved together during the first two-plus years of the program makes us even more determined to score more victories, defend our championships, and conclude our partnership on the highest of notes.”

In addition to sweeping the major IMSA DPi championships in 2019, the Acura ARX-05 scored four race wins, 14 additional podium finishes and nine poles from 22 races since its debut in 2018 racing against Cadillac, Mazda and Nissan.

“Roger Penske has long been an important part of the Acura family as one of our great Acura dealers, and it has been a privilege to have him as part of the Acura Motorsports family as well,” said Jon Ikeda, Acura vice president and brand officer. “We’ve also had a very spirited competition with Team Penske during our previous ALMS Acura prototype programs.  We will always be thankful for the contributions made by Team Penske over the three-year course of our DPi program”