Balfe Motorsport and Beechdean AMR have both switched their Intelligent Money British GT3 Championship programmes from full-season to race-by-race entries ahead of the upcoming season.

Balfe’s McLaren 720S GT3, due to be shared by Shaun Balfe and Rob Bell, will now be driven at both Donington rounds and Snetterton by GT3 debutant Stewart Proctor and McLaren factory driver Joe Osborne. The entry will, therefore, contest five of this year’s nine races and half of the six weekends. 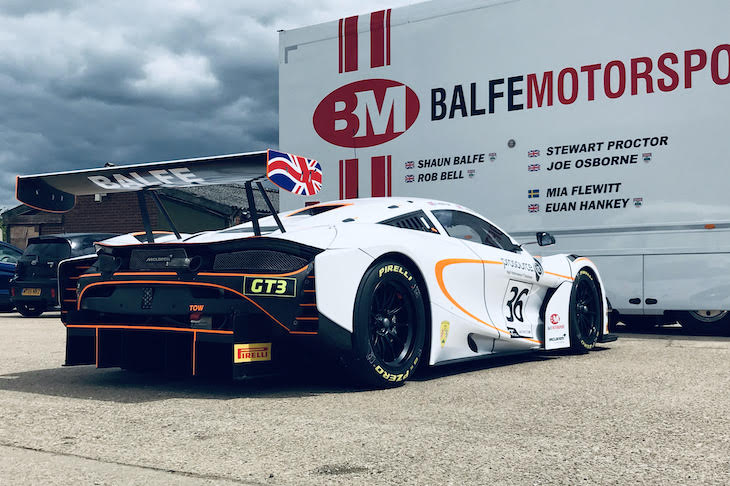 Proctor, father of Lewis who is racing an Optimum-prepared 720S GT3 this year, made several GT4 appearances with Balfe and Mia Flewitt last season. He first worked with Osborne almost six years ago before finishing runner-up to Flewitt in the Pure McLaren GT Series in 2018.

“I am very much looking forward to racing with Balfe Motorsport in the British GT Championship once again this year,” he said. “The late start to the season has allowed me to complete some good miles in testing with the McLaren 720S GT3 and I am enjoying the step up from GT4. The car drives and feels great and I am grateful to be in the hands of a safe and experienced team like Balfe Motorsport.

“The first race Joe and I will compete in will be at Donington Park, which is not only a track which suits the car, as shown by Shaun and Rob’s victory at the end of last season, but is also one of my favourite circuits, so it will be a fun weekend and interesting to see how we perform in what is one of the benchmark race series for GT3 machinery.”

Osborne, meanwhile, has been British GT’s expert commentator since making his last domestic outing in 2018. This year also sees him contest the GT World Challenge Europe Endurance Cup with Optimum and McLaren, and return to British GT’s commentary booth at Oulton Park, Brands Hatch and Silverstone.

“Stewart and I have a relationship which goes back almost six years now, so he is a friend and someone I have worked with since his first test days. He was one of the first Pure McLaren customers and drove the road cars, then the 570S GT4, and went into our one-make Pure McLaren GT Series.

“Now he has a 720S GT3, which makes him the perfect example of progression with everything we do at McLaren. He has outgrown what we offer at Pure McLaren currently, so that’s where our Customer Racing teams come into play. He has chosen Balfe Motorsport who know the car inside and out with Shaun and Rob’s antics last year, so it is a natural progression for him.

“It’s very easy for Am drivers to overlook what team they go with, but Stewart has appreciated the professional but friendly nature that Balfe offers, and from the test days I have done with the team I have been super impressed with the way they operate and it gives me confidence that Stewart and I will be given the best tools on the grid to go and get some decent results.

“British GT has been a championship I had done at least one race in every year for a decade until last year, so it is a series I am familiar with and I think in the ten years I have been around it, it has gotten better and better.”

Balfe and Bell’s 720S outscored every other GT3 entry over the second half of 2019 but had to wait until the final round at Donington to claim the car’s maiden British GT victory, as well as the team’s first senior class triumph since 2003.

Meanwhile, Prodrive and Aston Martin’s FIA WEC commitments have restricted Beechdean AMR’s programme to a single-car entry at Brands Hatch, Snetterton and Silverstone. Rather than contesting the Silver Cup class, Valentin Hasse-Clot will now partner team boss Andrew Howard during the final two weekends, while the double British GT champion’s co-driver at Brands Hatch will be confirmed in due course. 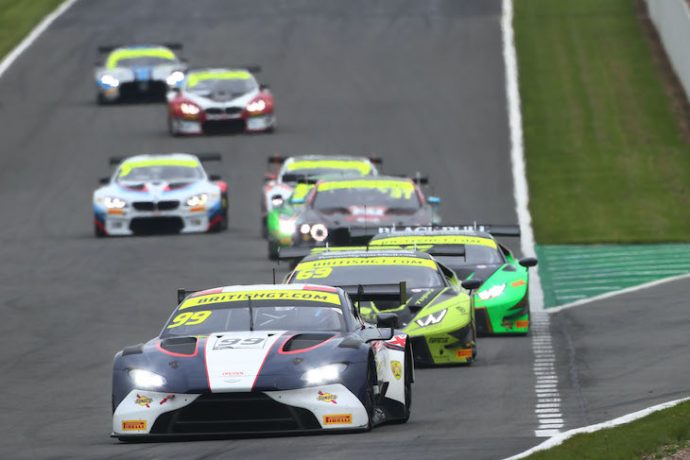 The opening round of this season’s Intelligent Money British GT Championship takes place at Oulton Park on August 1/2.