DragonSpeed are set to reduce their planned full season LMP2 programme in the IMSA Weathertech Sportscar Championship to accommodate the addition of their second ORECA 07 Gibson LMP2 car into the entry for the 2020 Le Mans 24 Hours.

In a team statement this morning there’s confirmation that “The demands of preparing and transporting DragonSpeed’s US-based LMP2 car for Le Mans have meanwhile led to a further adjustment of its 2020 IMSA WeatherTech Sportscar Championship plans, with the team’s remaining US calendar now reduced to the Road America round in August and the Sebring 12 Hours in November.”

That’s a further blow to the IMSA grid in what is proving to be a difficult year, and with further challenges to come next season.

DragonSpeed meanwhile are proceeding space with preparations for hit will now be their fourth year in row that the team has brought a pair of entries to Le Mans. 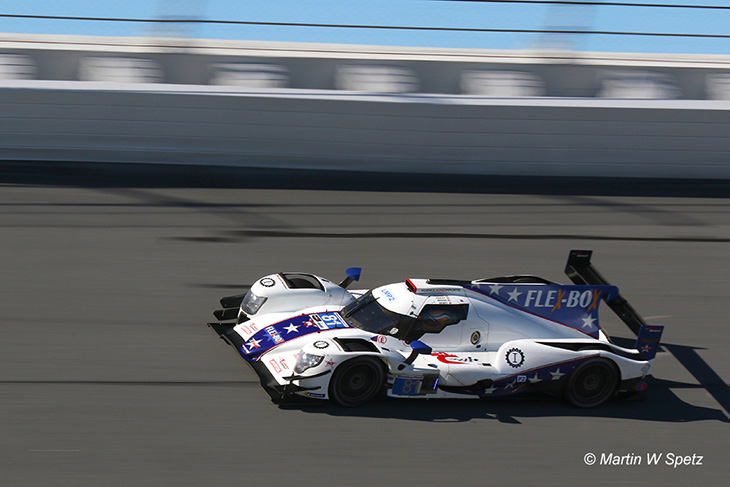 “We are thrilled that Henrik’s car has now been added to the Le Mans entry list,” said DragonSpeed team principal Elton Julian. “It’s a just reward for his commitment to the ELMS, the FIA World Endurance Championship, and Le Mans itself since 2016.”

Henrik Hedman said, “I’m so pleased to return for my fourth Le Mans. With victories at Daytona, Spa, and Paul Ricard, a top result at Le Mans is what’s left on my bucket list. Returning with Ben and Renger will be extra sweet, as the poor reliability of our LMP1 package the last two years really hampered our efforts as a team. Now we have a fair shot at our dream of a podium finish at Le Mans.”