ADAC GT Masters teams clocked up almost 15,000 kilometres in two days at the official pre-season tests at the Lausitzring last weekend, the same track will host the opening double-header event of the season next weekend (30 Jul/2 Aug).

The teams completed a total of five official pre-season test sessions adding up to almost 6½ hours. The 29 cars fielded by 18 teams put in more than 4,300 laps. 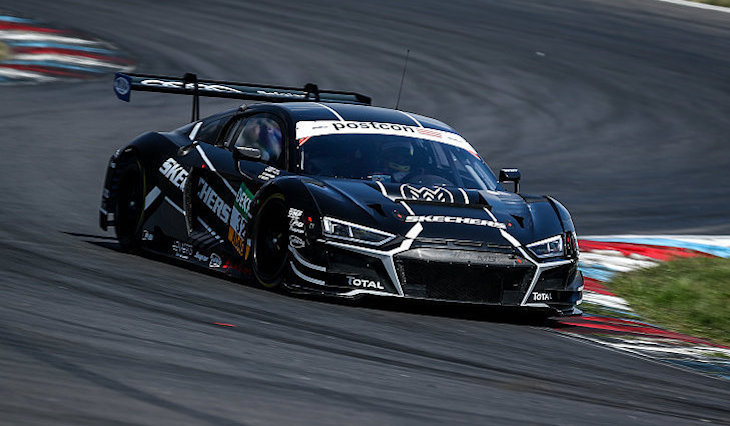 Raffaele Marciello: “The first day of testing wasn’t all that good for us,” conceded Marciello. “But then we made a change to the car, and I felt much more comfortable with it. I was pretty happy at the end. We are well prepared for the season opener. Let’s see how the conditions are then. Anyway, we’ve got a good team and we’ll adjust quickly.”

Kelvin van der Linde: “This good result is highly motivating for the team,” said the South African. “It went very well. We experimented with a lot of things, and everything worked fine. We’re ready for the season opener in just under two weeks. Because every team had a different programme for the test days, it’s only then that we’ll see the favourites begin to emerge.”

Two other Audi drivers, Christopher Mies (Montaplast by Land-Motorsport) and Dries Vanthoor (Team WRT), who had dominated the proceedings on Saturday, also posted fastest lap times in the sessions. 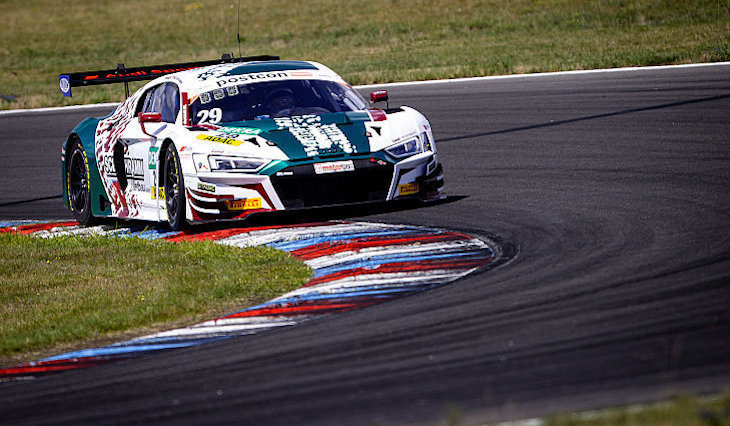 Sven Müller: “The test went superbly well,” said Müller, who snatched a victory in 2017 in the last race of the ADAC GT Masters at the Lausitzring partnered by Renauer. “It’s been great to be back at this track. I’m looking forward to driving for Precote Herberth Motorsport again. Everything worked right from the off. We got through our entire programme, which involved qualifying and race simulations. We’re now well prepared for the season opener.”

Combined times for Saturday and Sunday

Team WRT made a strong debut in the ADAC GT Masters at the test.

Audi Sport driver Vanthoor was the fastest of anyone on Saturday and posted the third-best lap time on Sunday in the final session.

“We were able to collect a lot of valuable data,“ said Vanthoor. “We tried out quite a few things as regards set-up, learning a lot in the process. For Charles, driving on cold tyres was an important part of our programme, because tyre warmers are not allowed in the ADAC GT Masters. He did very well.”

Regular Lamborghini driver Rolf Ineichen had exclusive use of the sister car on Saturday, as his partner, Mirko Bortolotti, was unable to join him until Sunday.

“I got really in tune with the Audi. It’s a very forgiving car,” said Ineichen.

Sports Director Kurt Mollekens, a two-time winner of the Spa 24 Hours, will manage Team WRT in the ADAC GT Masters

Taster Session For Krütten, Tomczyk Stands In For Injured Klingmann

17-year-old ADAC Sports Foundation protégé, Niklas Krütten, gained his first impressions of the ADAC GT Masters when he tested a GT3 vehicle for the first time, taking out the BMW M6 GT3 fielded by MRS GT-Racing.

“I got the offer to test with the team and promptly accepted to see if GT racing might be an option for me in the future,” said Krütten.

“It was a terrific experience and great fun. I learned a great deal, because, of course, the BMW drives very differently compared to a single-seater racing car. Martin Tomczyk and the team taught me a lot, for sure!”

BMW works driver Tomczyk stood in for regular driver Jens Klingmann at MRS GT-Racing. Jens is still recovering after breaking both arms at the start of the season in a cycling accident but hopes to return to the cockpit in the coming days.

T3 Motorsport has changed their name slightly for this year to T3 HRT Motorsport to reflect their teaming up with Hamburg-based HRT Performance, with whom T3 will race vehicles in the Porsche Carrera Cup Deutschland for the first time this year. The one-make Cup will contest races as a partner series to the ADAC GT Masters over four race weekends. 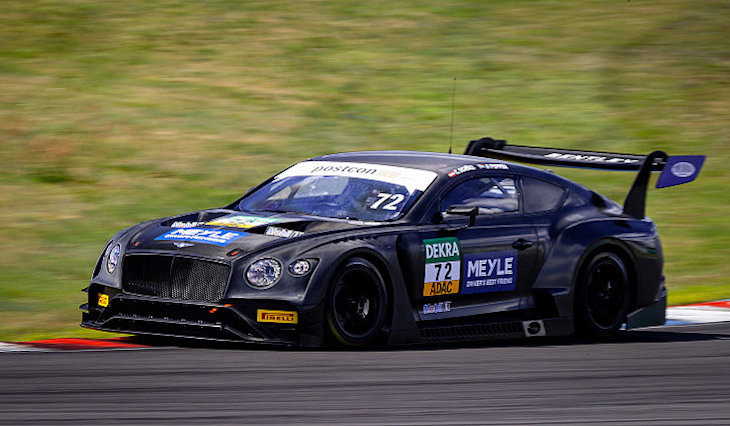 The newly re-monikered T3 HRT Motorsport posted their very first kilometres with the Bentley Continental GT3 at the official pre-season tests last weekend, having only received their new car just before the test.

Bentley works driver Jordan Pepper and team-mate Constantin Schöll covered 185 laps in all, the sixth-highest total out of the 29 vehicles taking part in testing.

Mick Wishofer, who drove a Mercedes-AMG GT3 for the Zakspeed in 2019, will again be at the wheel this season. Wishofer made his ADAC GT Masters debut in 2019 after driving for Ralf Schumacher’s team in the ADAC Formula 4 in 2018. 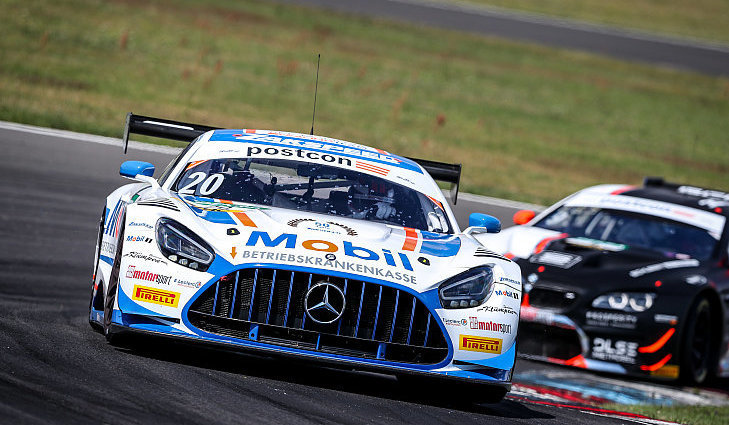 In his second year, the young Austrian will share the drive in the Mercedes-AMG GT3 at seven race meetings (14 races in total) with Dorian Boccolacci, who is making his ADAC GT Masters debut this year.

Two more experienced drivers will also be driving for Zakspeed in 2020 alongside the two young trainees. Daniel Keilwitz, and Jimmy Eriksson will share the cockpit of the team’s second Zakspeed-Mercedes-AMG GT3.

Team Principal Peter Zakowski: “We are delighted that Mick Wishofer is joining us again, and of course, we’re also pleased that the ADAC GT Masters season will finally be starting with the first round next week. During the winter break, which was, unfortunately, longer than expected, we were able to get well prepared for the new season and can hardly wait for the season to start. Dorian and Mick complement each other really well and we expect to see plenty of exciting scraps on the racetrack.”

Rahel Frey is set to return to the ADAC GT Masters in 2020 but missed testing at the Lausitzring, as she was at Paul Ricard last weekend scoring a podium finish in the Europen Le Mans Series in the ‘Iron Dames’ Ferrari. 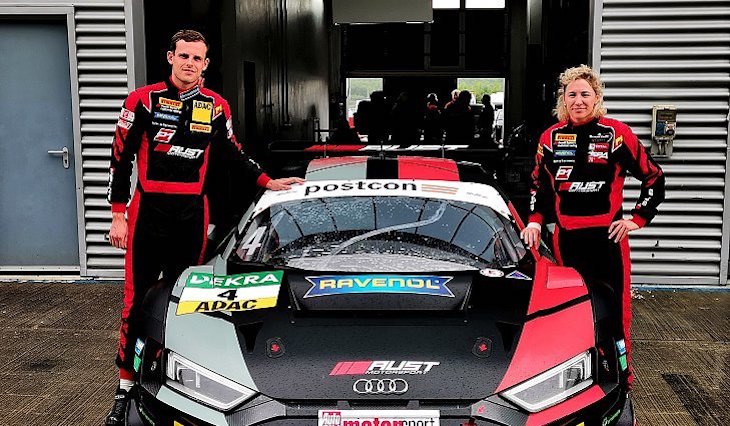 On both days of the test her ADAC GT Masters teammate, Hendrik von Danwitz, was a lone competitor in Aust Motorsport’s #4 Audi.

“I posted a lot of laps and learned something new in every session,” said the German newcomer.

“We improved consistently and narrowed the gap on the Top Ten. I feel well prepared for the start of the season.“

Zakspeed’s Daniel Keilwitz, was also at Paul Ricard where he raced in the LMP3 class.