RN Vision STS Racing Team topped the timesheets in the opening practice session of the 2020 GT4 European Series at Imola.

The first official session of the season was set to get underway at 11.40 Italian time, but a heavy thunderstorm just minutes before the session stopped all track action. Free Practice 1 was subsequently rescheduled for 13.00.

Initially, the pace was set by the two new Toyota GR Supra GT4s, entered by French squad CMR, but 20 minutes into the wet session a succession of faster laps put Gabriele Piana and the #111 RN Vision STS Racing Team BMW M4 GT4 on top. The Italian lapped the Autodromo Enzo e Dino Ferrari in 2:02.790 on his eighth lap around the track. 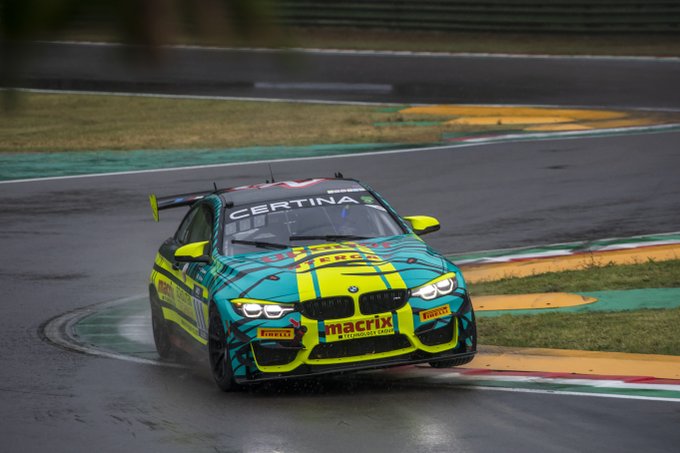 Three minutes from the end of the session Stéphane Lémeret managed to improve the fastest time of the #66 CMR Toyota GR Supra GT4 to a 2:03.002, which was enough to push the second CMR entry down to third place. NM Racing Team, who have moved from a Ginetta to a Mercedes AMG GT4 this season finished the session in fourth place, the car shared this year with team returnee  Lluc Ibáñez, and ex-Formula Renault racer Xavier Lloveras in the Silver cup followed by the #110 RN Vision STS Racing Team BMW M4.

Sixth fastest overall and fastest in the Pro-Am class was Kay van Berlo in the Selleslagh Racing Team Mercedes-AMG, which he shares with Wim Spinoy. The #30 Mercedes-AM GT4 was the only Pro-Am car in the top 10 in the opening practice, held under difficult circumstances.

Moments after the track went green for the first time today, the red flags came out again and race control reported that Nicolaj Møller-Madsen’s Porsche 718 Cayman GT4 CS MR had stopped on track after the Curva Tosa. The #21 Allied Racing was returned to the paddock later in the session and did not put in any timed lap. The second Allied-Racing car also returned to the pits after one lap. Centri Porsche Ticino and W&D Racing Team did not run in the session.

The team, run by Dennis and Mark Bus has decided not to participate in the GT4 European Series this season and will now fully focus on the 2021 season, due to the global coronavirus pandemic. 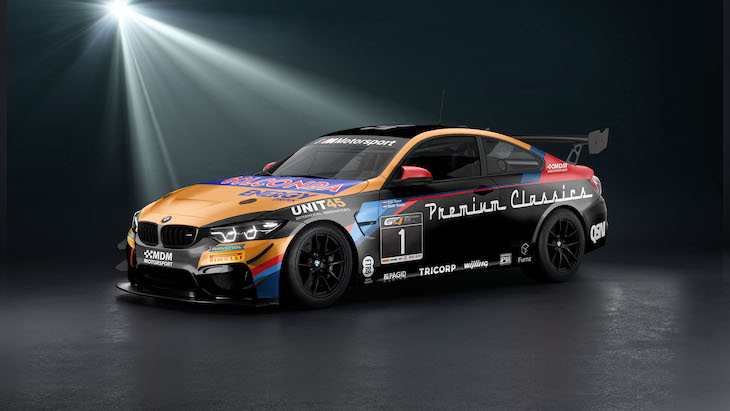 Last year MDM Motorsport won the Silver Cup with Simon Knap and Alec Udell. This season Knap wanted to defend that title with compatriot Daan Pijl in the BMW M4 GT4 with the starting number 1. American drivers Tyler Cooke and Chandler Hull were confirmed as drivers in the second BMW M4 GT4 last February. However, the outbreak of the pandemic changed the calendar, while the introduction of global restrictions made the participation of both Americans and optimal preparation for the season impossible. 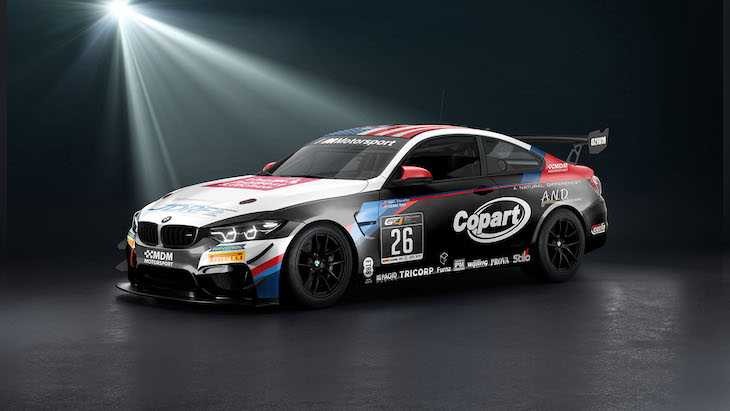 “Until the very last moment, we tried to make it work for 2020. BMW and SRO Motorsport Group also did everything they could for us to make it possible. However, week after week the situation got worse for our American drivers, making it impossible to travel from the US to Europe,” says team co-owner Dennis Bus.

“In addition, we are currently unable to bring guests and sponsors to the circuits due to the restrictions in place. In the end, and in consultation with our drivers and partners, we decided not to race in the GT4 European Series this season but to prepare ourselves for next year.”

In the coming months, MDM Motorsport will finalize an alternative racing program with the BMW M4 GT4. The program includes a number of races in the Creventic 24H Series.

“We are pleased to announce that our 2020 lineup, Simon, Daan, Chandler and Tyler, will be with us in the GT4 European Series in 2021, as well as all our partners and sponsors. Barring unforeseen circumstances, of course. The preparations for the 2021 season have already started and we as MDM Motorsport are eagerly looking forward to it.”