After a tough few months under lockdown, the 2020 Intelligent Money British GT Championship gets underway at Oulton Park next weekend (August 1/2) with double-header 60 minute races.

It will be a 22 car grid, down from the initially announced 35 cars, to start the year after a raft of pull-outs and switches to race-by-race efforts, not offset entirely by some additional entries who have changed their plans to go racing nationally rather than internationally as the COVID-19 pandemic continues to impact just about everything!

12 GT3s will contest the season opener with nine initially announced full-season entries not present in Cheshire.

That’s offset by the addition of the Jenson Team Rocket RJN McLaren and AF Corse UK Ferrari but there’s little hiding that the entry will be without GT3 entries from a number of significant players including TF Sport(2), Beechdean AMR (2), JRM, Balfe, G-Cat, JMH and Steller though some of the above will reappear later in the season on a race-by-race basis.

In the current environment though, a dozen GT3s is not a disaster, and they come from five different marques, McLaren represented by no fewer than four 720S GT3s from 2 Seas Motorsport (2), Optimum and Jenson Team Rocket RJN. 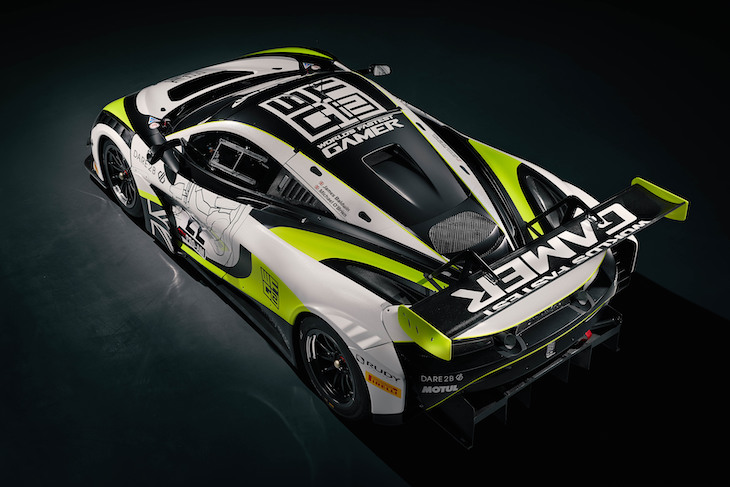 Lamborghini and Mercedes AMG have a trio of cars apiece on the entry, the Italian marque represented by reigning Team Champions Barwell Motorsport (2) and WPI Motorsport whilst the three pointed star is on the nose of a pair of RAM Racing Evo GT3s and Team Abba Racing’s machine.

GT4 has also taken a hit – the initial 16 car entry down to nine for Oulton Park.

Whilst TF Sport has pulled out of GT3 they are still here with a pair of Aston Martin Vantage GT4s, remarkably the only Astons currently listed on the grid! 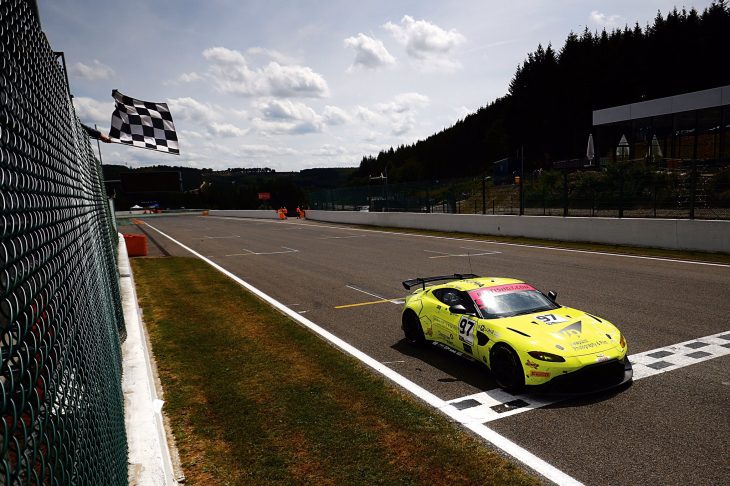 The debuting Speedworks Toyota GR Supra GT4 is still listed too and has now been seen in its new livery. 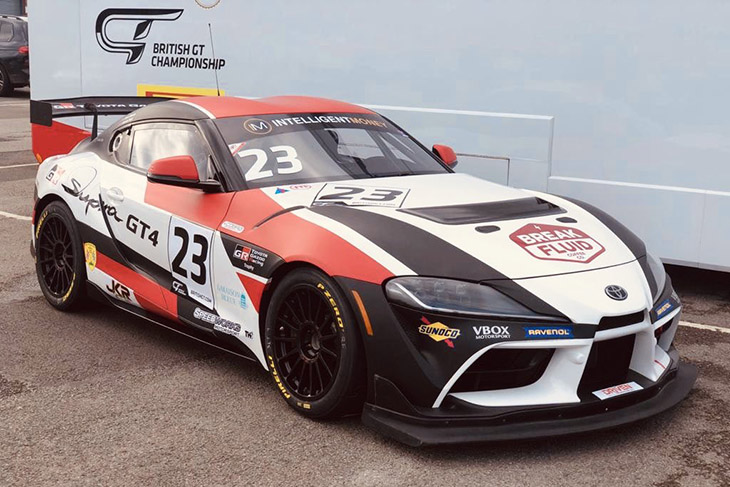 An initial eight-car McLaren 570S GT4 entry is down to just three!

Whilst HHC is listed with a pair of cars and Balfe with a single 570S, the planned efforts from Tolman (2) and Optimum (2) plus the second Balfe car for Graham Johnson and Michael O’Brien have fallen, in some cases with drivers allocating their programmes elsewhere on this and other grids. 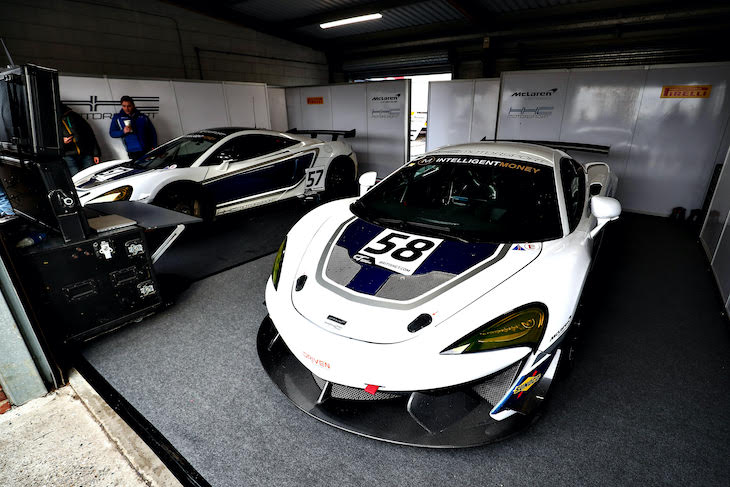 The remaining Balfe 570S, featuring the Pro/Am pairing of Mia Flewitt and Euan Hankey, will have the added bonus of shorter pitstops and less ballast than its Silver Cup rivals. Flewitt – the double reigning Pure McLaren champion, makes her full-season British GT debut following three outings in the middle of 2019.

Academy Motorsports will field just one of a pair of planned Multimatic Ford Mustang GT4 efforts, the cars claimed two poles and one win at Oulton last year in Multimatic’s hands so expect Matt Cowley and Jordan Albert to be making a play here. The latter was a 2016 title contender with Beechdean AMR but failed to hit similar heights with Tolman two years ago.

Century, meanwhile, welcome back Andrew Gordon-Colebrooke who showed flashes of pace during his debut GT4 campaign, as well as ex-Academy Motorsport driver Ben Hurst. They’re joined in the BMW garage by Tegiwa duo Luke Sedzikowski and David Whitmore who make one of their two planned outings at Oulton.

Steller’s double race-winning Audi GT4 is a no-show for Oulton too.

Sunday’s support races will also be shown live on britishgt.com/live throughout the day.