Its a 40 car entry for the European Le Mans Series at Spa Francorchamps on 9 August with the cars present at the Paul Ricard season opener joined by a gaggle of guesting FIA WEC entries as several teams look to gain additional track time before the following weekend’s back to racing event for the FIA WEC the 6 Hours of Spa Francorchamps.

Jota Sport will enter one of their ORECA 07 Gibson LMP2s for Anthony Davidson, Roberto Gonzales and a guesting Jake Dennis as part of a 16 car LMP2 entry.

In LMP3 the only change os a replacement driver aboard the #15 RLR Msport Ligier JS P{320 as ex Indy Lights driver Robert Megennis joins the full-season paring of James Dayson and Malthe Jakobsen.

GT meanwhile sees no fewer than four regular WEC GTE Am entrants joining what is now a 12 car GTE grid. 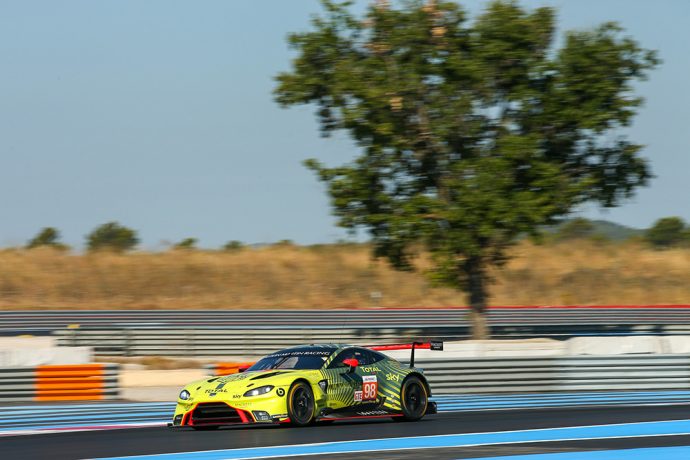 We’ve already written about the #98 Aston Martin Racing Vantage which will see Paul Dalla Lana joined by Mathias Lauda and, for the first time by Augusto Farfus, the Brazilian will now complete the WEC season with the team alongside Dalla Lana and, from the WEC race onwards, Ross Gunn.

And there is a trio of Ferrari additions too with the #54 AF Corse 488 GTE for Francesco Castellacci and Thomas Flöhr, the #62 Red River Sport Ferrari for Johnny Mowlem, Bon Grimes and Charlie Hollings, and the #88 AF Corse effort (its regular #83 is already allocated in the ELMS) for Francois Perrodo, Manu Collard and Harrison Newey, the young Briton should have some fresh Spa experience after his DTM debut this coming weekend!

The only other change on the entry from Paul Ricard is that the #66 JMW Ferrari is shown as having reverted to its intended full-season line-up with Gunnar Jeannette and Rodrigo Sales joining Finlay Hutchison.