“We are delighted to have two cars in this year’s line-up,” said Alfred Renauer. “It’s going to be great to be back behind the wheel in the ADAC GT Masters. Sebastian Asch is a strong team-mate, with whom we can be competitive. ”

Sebastian Asch is also confident: “I’m mega happy. Alfred makes a great team-mate, both as a person and as a driver. I haven’t driven the new Porsche yet, but Herberth knows the car inside out.”

Herberth Motorsport will receive support from HB Racing with the second 911. The two outfits have been closely associated for many years now, and Alfred Renauer lined up for the Austrian team in the Super Sports Car League at the Red Bull Ring in 2018. “It has only proved possible to deploy a second vehicle thanks to HB Racing and our strong partners,” added Renauer. “We have a long-standing partnership with the team and first joined forces together in the ADAC GT Masters way back in 2014. We’re very pleased that the guys will be supporting us.”

KCMG was due to step up to the premier ST-X category with the Honda NSX GT3 Evo this year, following a successful maiden campaign in 2019 in the TCR class scoring two podiums, fielding team founder Paul Ip, KCMG drivers Josh Burdon and Edoardo Liberati (who will compete in the 2020 Nürburgring Langstrecken Serie) and Super GT’s Hiroki Otsu. 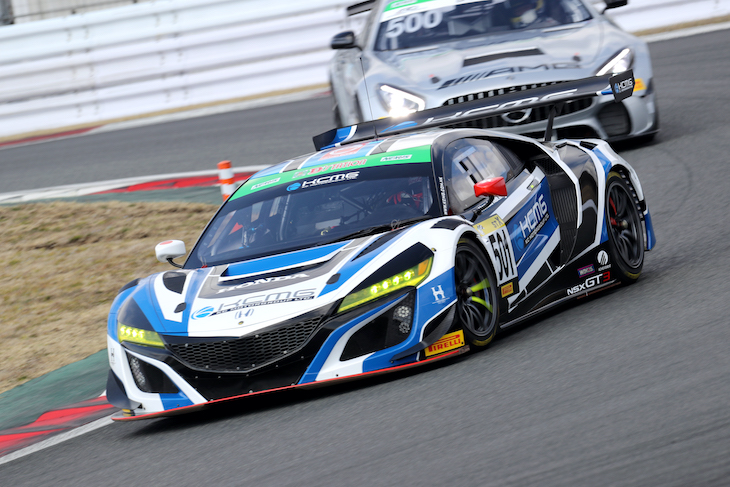 However, given the current circumstances which include the drivers being unable to enter Japan under the country’s travel restrictions, the team has decided not to participate in this year’s championship.

KCMG’s other racing activities have resumed, with its Nürburgring 24 Hours programme underway following a successful maiden Nordschleife outing in the Porsche 911 GT3 R at the NLS 2/3 double header, as well as a TCR podium finish for Brutal Fish by KCMG in the 12H Monza onboard the Honda Civic Type R TCR.

Ryuji Doi, KCMG Head of Motorsport: “It was a tough decision but ultimately we were left with no choice but to not run in the Pirelli Super Taikyu Series this year due to the current situation with the COVID-19 pandemic and the travel restrictions in Japan. We were very much looking forward to competing with the Honda NSX GT3 Evo, and we are disappointed it has come to this but the aim is still to enter next year’s championship.”