Last Weekend saw Imola became the ninth circuit to host the Endurance Cup. It kicked off the 10th season for the Endurance format and brings the total number of races staged to 47.

(For the record the others have been Spa-Francorchamps, Paul Ricard, Silverstone, Barcelona-Catalunya, Monza, Nürburgring, Navarra and Magny Cours).

The event represented the return OF SRO organised international GT racing to the 4.9km track for the first time since the FIA GT Championship raced there 2004 and 2005 (the ELMS visited Imola as recently as 2016, the International GT Open until 2011).

There were two drivers on this year’s entry list who also competed in those events: Chris Goodwin drove an RML-run Saleen in 2004, while Andrea Bertolini contested both at the wheel of a Maserati MC12.

Victory for WRT’s Audi R8 LMS (pictured top) ended a run of more than two years without an Endurance Cup win for both the team and the German brand. Their previous triumph also happened on Italian soil, with the #1 WRT Audi taking the top spot at Monza in 2018. Each race since has been won by a different team.

The victory also allowed Audi to draw level with BMW as the most successful brand in Endurance Cup history. Both now have eight overall wins, followed by McLaren on six and Mercedes-AMG on five.

Sunday’s race saw an Audi start from pole for the first time since the final round of the 2017 season thanks to the #66 Attempto Racing crew of Frederic Vervisch, Mattia Drudi and Kim-Luis Schramm. This also represented a maiden overall pole for the German team and all three drivers. 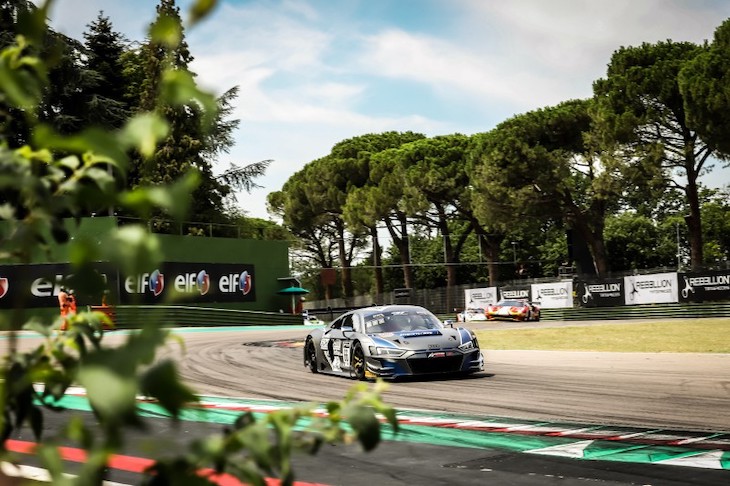 Mirko Bortolotti made a dream start to life as an Audi driver by taking his fourth Endurance win on home turf. He is now one of three drivers to have scored four overall victories in the series and is two shy of equalling Maxime Martin’s record of six. 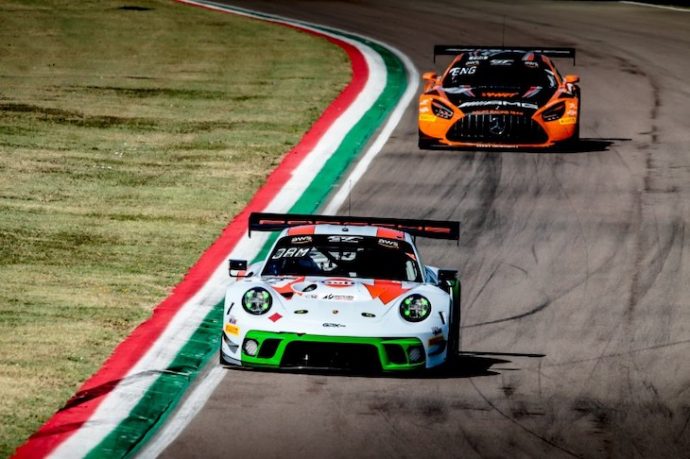 There were four first-timers on the overall podium on Sunday afternoon: Matt Campbell and Mathieu Jaminet in the second-placed #12 GPX Porsche, and Felipe Fraga and Timur Boguslavskiy in the #88 AKKA ASP Mercedes-AMG which finished third. Notably, Campbell became the first Australian driver to stand on the overall Endurance Cup podium. 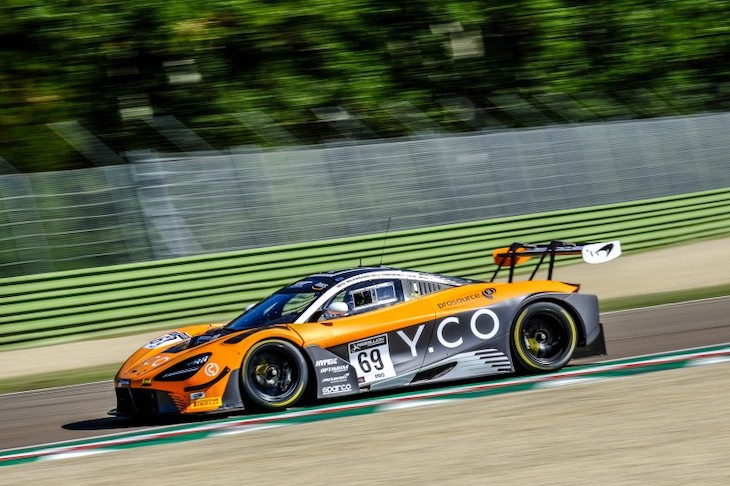 Optimum Motorsport made a fine start to its GT World Challenge Europe Powered by AWS programme taking eighth overall in no small part thanks to returning 2016 Endurance Cup champion Rob Bell. The Optimum car was there best-placed newcomer in the field, while Julien Andlauer (#99 ROWE Porsche) was the top rookie driver in sixth. 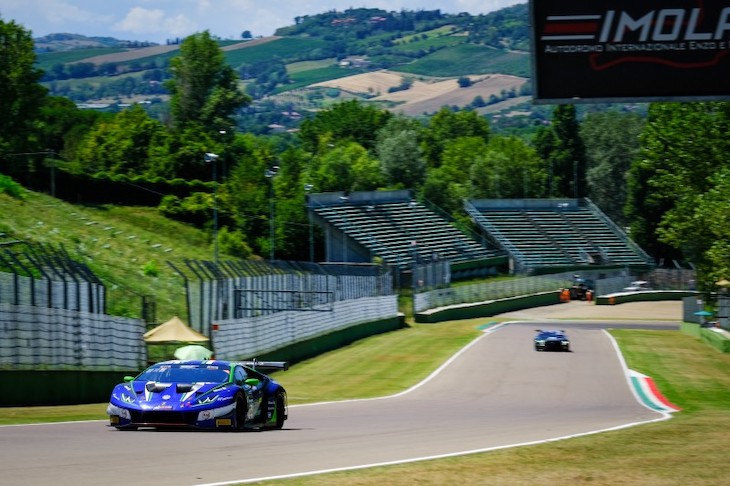 A post-race penalty for the #163 Emil Frey Racing Lamborghini saw the #54 Dinamic Motorsport Porsche promoted to 10th place, earning the Italian squad a point at its home event. This also ensured that all four of Porsche’s full-pro crews were among the top-10 at Imola. 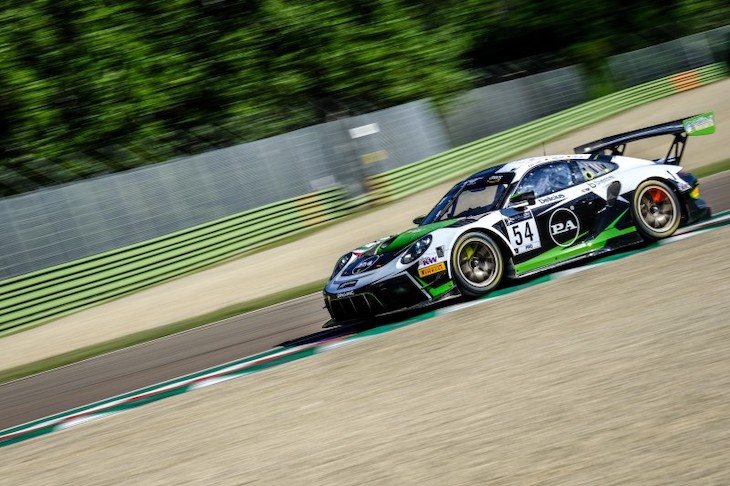 A Record FFF Would Rather Not Have Broken! 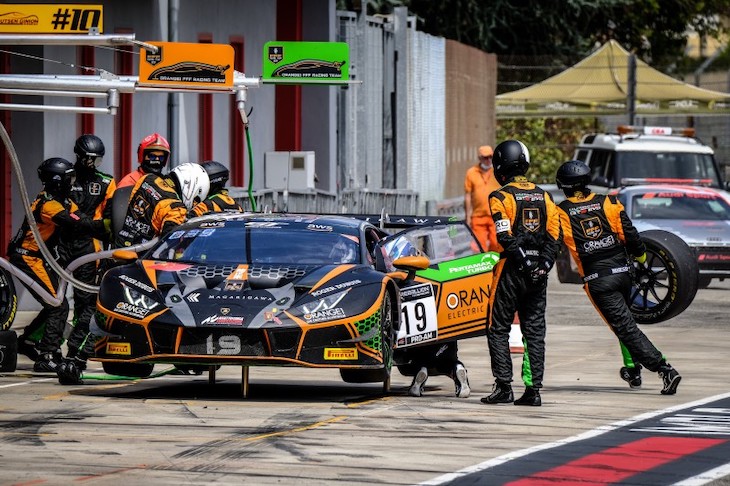 Reigning champions Orange1 FFF Racing were notably absent from the lead battle. The #63 Lamborghini qualified 19th and ran as high as 11th before problems forced it out, making Imola the first Endurance Cup race in which the team has not scored points. 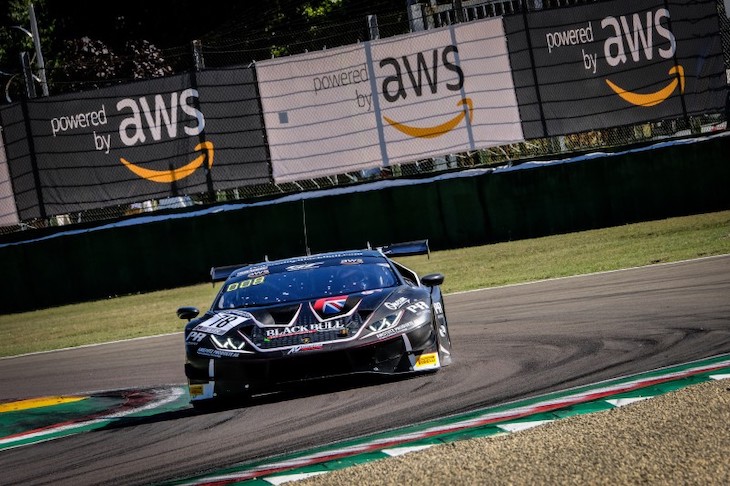 Barwell Motorsport scored yet another class race victory thanks to its new Silver Cup crew of Patrick Kujala, Alex MacDowall and Frederik Schandorff. The Lamborghini squad has won 10 races since the start of the 2018 season: four in the Am Cup and three each in Pro-Am and Silver. Kujala has won races for Barwell in all three classes and was among the fastest Silver drivers throughout the weekend. 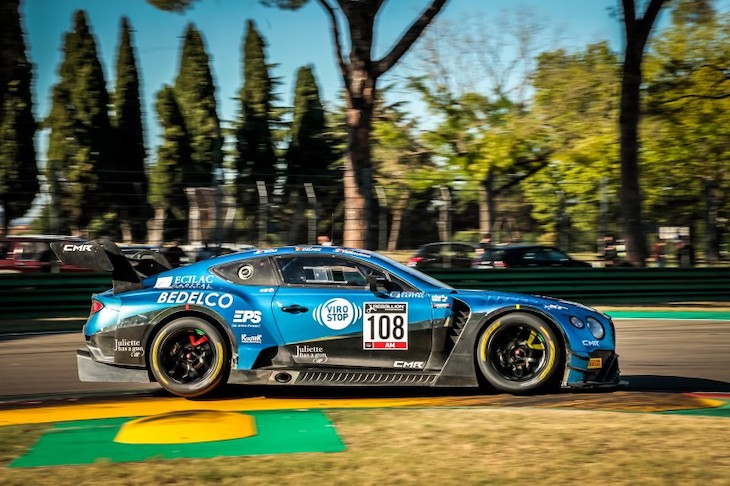 A total of 28 teams were present at Imola, 10 of which were not on the grid in 2019. Four were in the Mercedes-AMG camp: Haupt Racing, GetSpeed Performance, Madpanda Motorsport and SPS Automotive. Bentley added CMR and K-Pax Racing, Lamborghini was represented by Series returnees Emil Frey Racing and one-off entrant Imperiale Racing, while Optimum Motorsport and 59Racing debuted with McLaren machinery.