We’ve seen a number of innovative solutions to calendar challenges as the motorsport world grapples with the ongoing travails doled out by COVID-19.

The latest comes from CREVENTIC who, in the wake of losing their date at Imola due to on-going calendar fluctuations there, and with local issues over noise also making it impossible for Imola to host a round of the 24H SERIES in 2020, have decided instead to turn back the clock to revive an historic event at a circuit that has not seen front-line endurance racing action for almost two decades.

That circuit is the Autodromo di Pergusa, known to many as Enna-Pergusa in Sicily and the event is the long-defunct but not forgotten Coppa Florio, now set to be revived for the first time in almost 40 years.

The Sicilian road rally is one of the oldest endurance motor races in history.

It pre-dates the 24 Hours of Le Mans, Spa 24 Hours, the Mille Miglia and the Monte Carlo Rally.

The event was first held in 1900, albeit as the ‘Coppa Brescia’. In 1905, by then under the patronage of Vincenzo Florio, the event was renamed ‘Coppa Florio’ and ran as such for 12 editions until 1929.

Now, 91 years later and following significant renovations at the Autodromo di Pergusa, Florio’s grandson Chico Paladino Florio has now given CREVENTIC official license to revive the Coppa Florio name for both 2020 and beyond as part of the 24H Series.

The Coppa Florio will slot into the 2020 24H SERIES calendar on 9-10-11 October in place of the Hankook 12H IMOLA and will count towards this year’s 24H SERIES Europe championship.

CREVENTIC’s Sporting Coordinator Ole Dörlemann: “This is an incredible opportunity and speaks volumes to the faith Signore Chico Paladino Florio has placed in CREVENTIC to revive one of the oldest endurance races in motorsport history. We’re also very excited to welcome the Autodromo di Pergusa to the 24H SERIES calendar. It’s a venue that boasts vast amounts of character and heritage and features a veritable ‘Who’s Who’ of motorsport icons among its previous winners.

“We’re very confident the new Coppa Florio can be one of the most anticipated 24H SERIES events in the years to come, and we’re really looking forward to seeing some fantastic on-track action in both the GT and TCE divisions this October in Sicily.”

First built in 1951, the Autodromo encircles the Lago di Pergusa from which it derives its name and features a 4.950km sequence of high-speed straights and fast sweeping corners. Unlike many Italian motorsport venues though, motor racing at Pergusa didn’t get into its stride until the early 1960s. Among the first significant events to be held was the Mediterranean Grand Prix, a non-championship Formula 1 event first run in 1962 under F1 regulations until 1967, after which Pergusa became a staple of the Formula 2 (and later Formula 3000) calendar until the Grand Prix’s final edition in 1998. 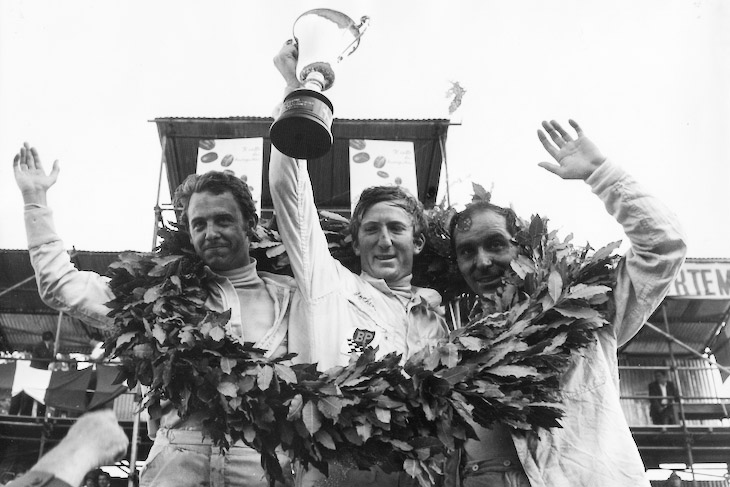 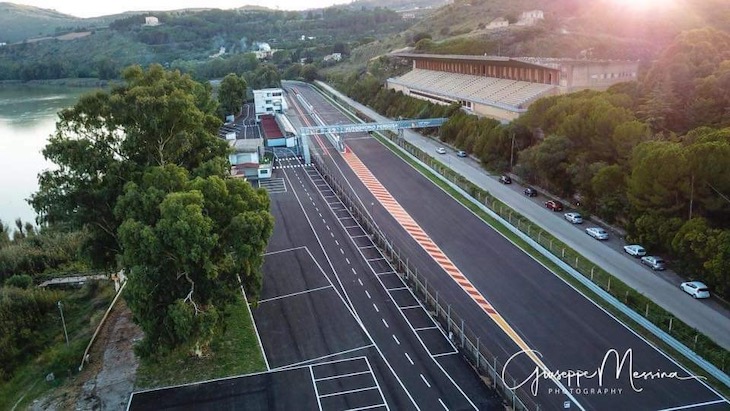 In later years, Enna Pergusa would also host two rounds of the FIA GT Championship in 2002 and 2003, and a single race as part of the short-lived International GTSprint Series in 2012. 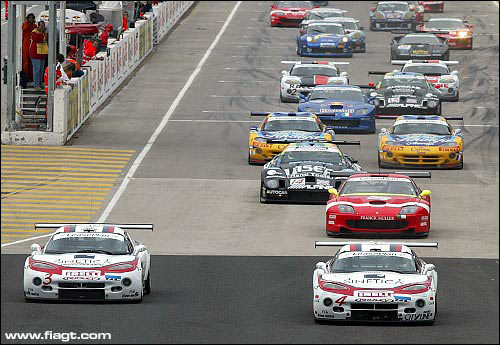 Here’s an in-car lap of the circuit aboard Lee Cunningham’s Lamborghini Diablo GTR from the FIA GT supporting Lamborghini Super Trophy in 2002.

And in 2003 – this time with Italian commentary

CREVENTIC’s arrival in 2020 thus marks the first international motorsport event to be held at the Autodromo di Pergura in almost a decade. 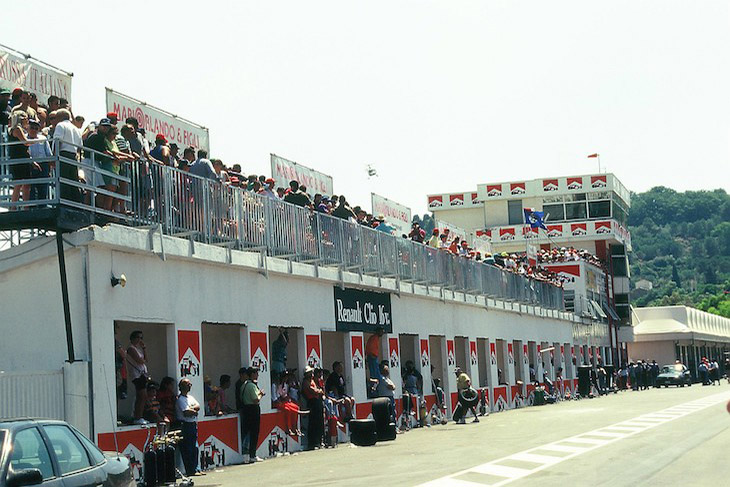 The 24H Series will also be the first to make comprehensive use of the Pergusa’s newly renovated pit and paddock complex. Alongside a full re-surface of the track last year, the circuit’s pit boxes, all of which are in the process of being overhauled, will feature new electricity, WiFi and LAN connections.

The History of The Coppa Florio

After two exploratory editions in 1900 and 1901 – the second of which was won by Lancia founder, Vincenzo – the first official edition of the ‘Coppa Florio’ took place on 4 September 1905.

To commemorate the event, Vincenzo Florio, who also founded the Targa Florio in 1906, offered a handsome 50,000 Italian lira purse to the manufacturer that could take the most wins across the first seven editions.

Incredibly, the first seven races – dating from 1905 to 1924 – were each won by different manufacturers, and it was only after Peugeot took its second win at the eighth running of the Coppa Florio in 1925 that the prize money could finally be collected. 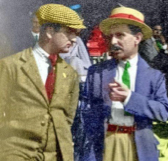 The Coppa Florio in 1908 was the first race Enzo Ferrari visited as a little kid of 10 years old.

Later Enzo Ferrari entered every year one or more cars in the Targa Florio.

In Casa Florio many letters remain in which Enzo is trying to explain to Vincenzo that he will not come if he had to pay any entry fee. Vincenzo never gave in and the Ferrari cars always turned up (pictured left – Enzo Ferrari and Vincenzo Florio).

The Coppa Florio was briefly re-introduced as a round of the World Sports Car Championship in the late 1970s, making its final appearance on the calendar in 1981.

Notable victors of the original Coppa Florio include Giovanni Battista Raggio, who took the first official win in 1905; Felice Nazzaro, a two-time Targa Florio winner who became the first of only three men to take repeat wins on the Coppa Florio; 1913 Indianapolis 500 winner Jules Goux; and Albert Divo, a two-time Targa Florio winner for whom Bugatti named its 1,500hp limited edition hypercar in 2019.

Set to be a 12-hour event for both GT and TCE division competitors, the first six hours of the 2020 Coppa Florio is set to be held on Saturday 10 October, while the final six hours will be run on Sunday 11 October following an overnight intervention. An official time schedule will be released in due course.

As well as reviving an event dating back more than 90 years, CREVENTIC also hopes to provide overall winners in both the GT and TCE category with exact replicas of the original ‘Florio Cup’, bequeathed to winners of the event in the early 1900s. 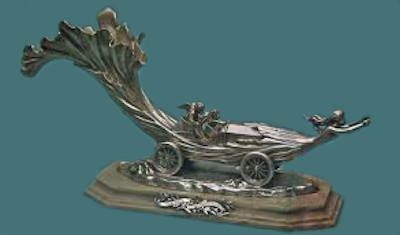 CREVENTIC are in the throes of having exact replicas of the spectacular early 20th century trophies ready to be awarded to the overall GT and TCE race winners.

The trophies will even be made by the company that made the originals – they’ve been in continuous business since 1902!

The winner will receive the Coppa Florio from the grandson of Vincenzo Florio, Mr Chico Paladino Florio.

The 9-10-11 October weekend will begin with a parade of GT and touring cars making the 15km drive from the Autodromo through the mountains to the neighbouring town of Enna. All cars will leave the circuit in one-minute intervals. Local Carabinieri meanwhile will ensure all intervening crossroads are re-directed, allowing drivers the opportunity to reach up to 75kph on the winding mountain roads without damaging and/or overheating their car’s powertrains. Each driver will be personally welcomed into Enna’s central piazza by the town’s mayor, Mr Maurizio Dipietro. 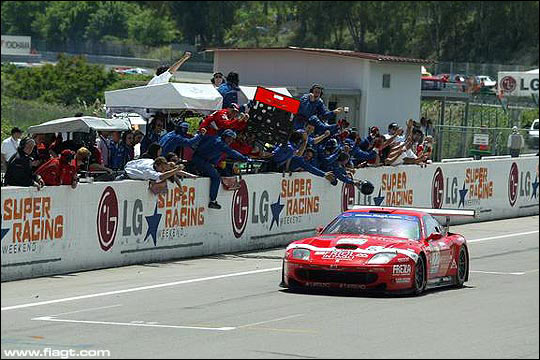