Tavares covered a few laps to get to grips with the racing car developed by the ACO and GreenGT, which is paving the way for the introduction of a category reserved for electric-hydrogen vehicles in the 2024 24 Hours of Le Mans.

On Friday 24th July, MissionH24 invited Carlos Tavares to get behind the wheel of its racing electric-hydrogen prototype, the LMPH2G. 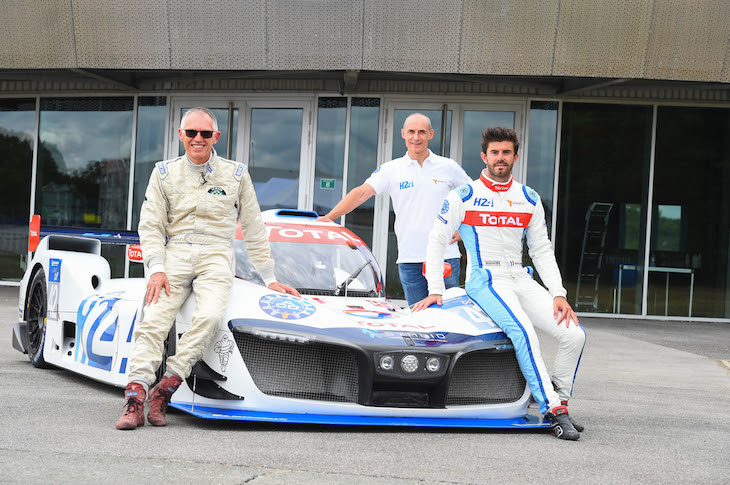 Tavares kicked off his day’s testing with a few laps as a passenger alongside Norman Nato, MissionH24’s performance and development driver. He was then sent out alone by the technicians of the H24Racing team, which operates the car, under the watchful eye of Jean-Michel Bouresche, the man in charge of MissionH24’s operations and the team’s Team Principal.

After two series of runs on the motorway circuit reserved for testing and developing vehicles with high-level on-board technology, the “old learner- driver” as he defines himself was all smiles when he emerged from the cockpit of the racing prototype. 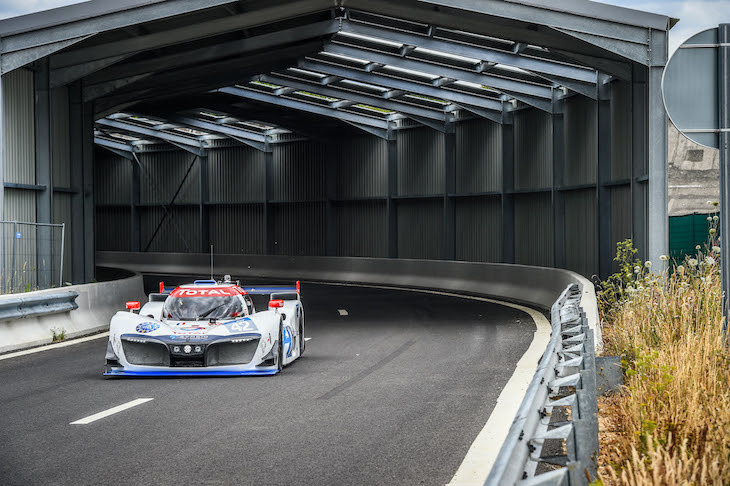 “Convincing, that’s the word that best sums up my first test laps at the wheel of the LMPH2G. MissionH24 has developed a real racing car based on a very promising form of propulsion. I’m a dyed-in-the-wool car enthusiast and a passionate lover of motor racing, and of technology. Of course, the path which the MissionH24 programme is following is full of pitfalls that have to be successfully negotiated. But this project shows that the electric-hydrogen solution is a tangible promising reality.

“Behind the wheel, an “old learner-driver” like myself has to learn a different style of driving. The LMPH2G is a real racing car with incredible acceleration, efficient aerodynamics and very good handling. But it’s a car of tomorrow so you also have to learn to cope with the electric-hydrogen generator, to play with the brakes in the deceleration phase of the car, and the energy recovery system. But all this makes driving it very exciting! The trail has been blazed and in a short time I can assure you that many people will be queuing up to drive this car – and the ones to come!”

Tavares’s test was undertaken in a private capacity and not linked to his PSA role.

Pierre Fillon: “The ACO is a club that organises motor racing competitions and above all, it also has a major role to play in imagining, conceiving and creating the mobility of the future: a decarbonised mobility that will have to successfully bring about the energy transition that’s necessary today for the defence of our environment. We’re absolutely convinced that hydrogen is an essential element to be developed to achieve this. The fact that Carlos Tavares has today driven the LMPH2G, the first electric-hydrogen endurance racing prototype, shows what we’ve accomplished through our in-depth reflection and the work we’ve done together. The motor car and motor racing are team-mates in this indispensable success, the energy transition.”

Jean-Michel Bouresche: “Carlos Tavares has kept a close eye on the MissionH24 programme on a private basis since its launch. We presented the LMPH2G to him when it was in the build phase. He was interested in the project straight away so we asked him if he’d like to drive it.

“The way he analysed our work after only a limited number of kilometres of getting to grips with the car on the track is very important. His viewpoint is both that of a passionate fan of the motor car, a first-class engineer and a captain of industry whose word carries a lot of weight in the milieu of the automobile on a worldwide basis. When a man like him emerges from the car smiling happily and won over, it’s proof that the MissionH24 programme is on the right track!”

A new tender has been issued for works planned this autumn on the Le Mans 24 Hours circuit.

The Forest Esses will be resurfaced and have new kerbing installed – there is no change to the length or design of the circuit as a result.

Works should take 4 weeks in total and be split into 2 sequences: 1st sequence lasting approx one week (resurfacing) from September 21 to September 25 almost immediately following the Le Mans 24 Hours.

The new kerbs should be implemented in Jan 2021 in a work package that should last 3 weeks.

Scuderia Cameron Glickenhaus has teased a photo of the current wind tunnel model for their forthcoming Glickenhaus 007 Le Mans Hypercar as work progresses towards the cars planned race debut in the FIA WEC next season. 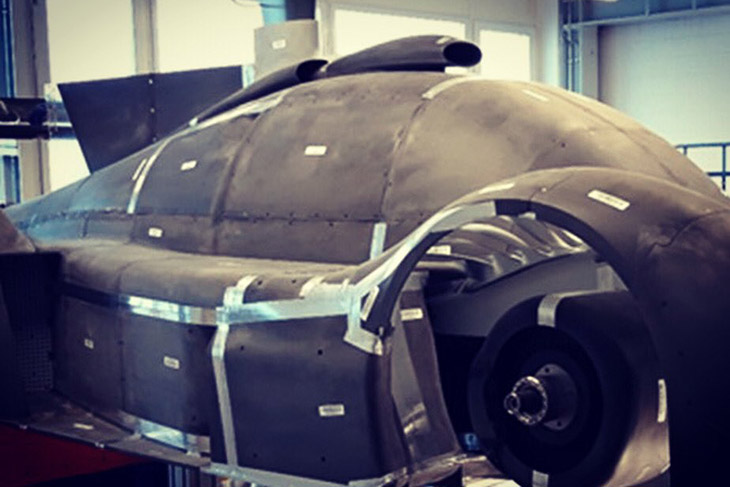