A thrilling first session culminated in British GT’s closest-ever qualifying session but might also have been remembered for an equally incredible result had James Baldwin not strayed wide at the final corner on his last flying lap.

2 Seas’ McLarens made the early after Angus Fender and Witt both eclipsed Proctor’s initial effort. Their private battle continued next time around when Witt bumped his team-mate down to second, only for Proctor to snatch provisional pole late on.

The job looked to be done until Baldwin, making his GT3 debut as a prize for winning The World’s Fastest Gamer, jumped to the top after the chequered flag fell. However, a track limits infringement meant his joy was short-lived. Instead, Jenson Team Rocket RJN’s entry starts fourth after finishing 0.150s shy of Proctor’s 1m34.547s and 0.016s behind Fender in third. 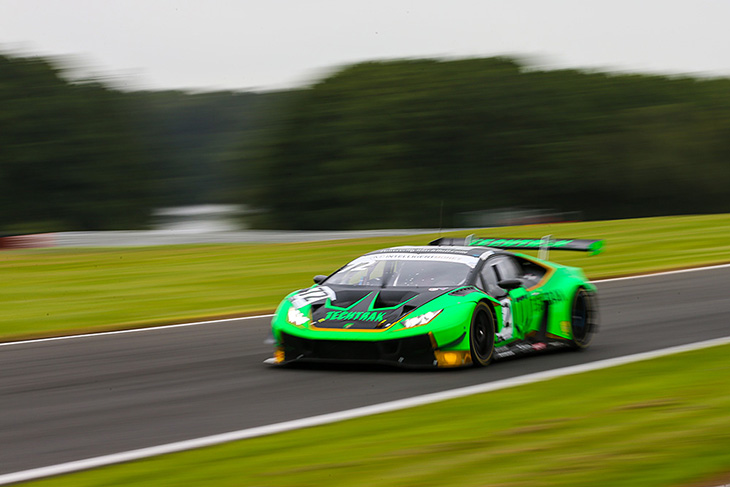 Phil Keen claimed pole for race two – his third in as many years at Oulton – but was pushed all the way by Barwell team-mate Sandy Mitchell, whose Lamborghini starts alongside, and RAM Racing’s Yelmer Buurman.

The session looked to be a straight fight between the #72 Huracan and #6 Mercedes-AMG after their Pros shared the spoils in practice. Buurman won the initial skirmish but was unable to hit back at Keen’s subsequent purple-purple-purple 1m33.440s that catapulted him almost two tenths clear.

Mitchell, meanwhile, looked set to finish third before another late flyer helped him overhaul the Mercedes-AMG. Indeed, the Scot’s extra Silver Cup ballast made his time – just 0.066s slower than Keen’s – all the more impressive. 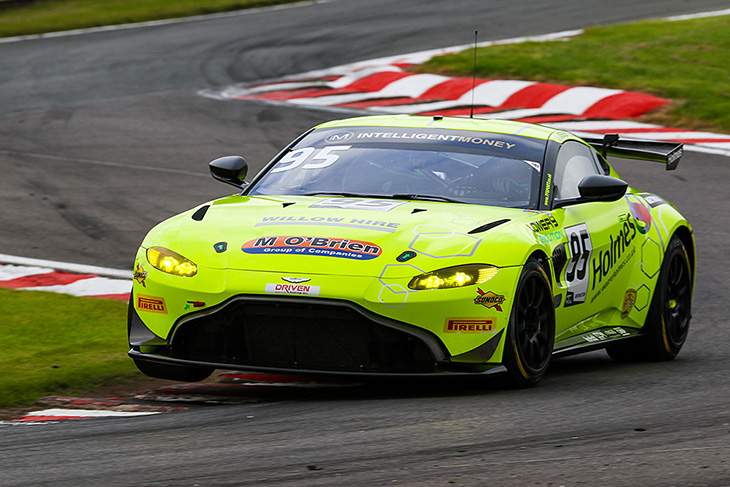 O’Brien never looked like being beaten after initially pushing his team-mate Dan Vaughan down to second. But he made sure of his first British GT pole position by lapping in 1m43.003s.

Smelt once again emerged as O’Brien’s closest threat after topping second practice but could do little about the Aston Martin’s pace. He starts alongside the Vantage and one place ahead of Matthiesen who vaulted Vaughan late on. 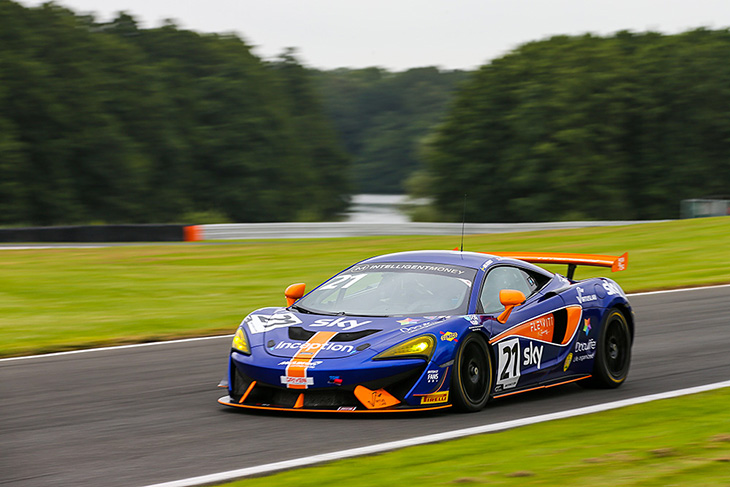 Hankey’s advantage remained just under a tenth for much of the session but he was sufficiently confident to pit early while others attempted to better his time. Caroline always looked the most likely contender given TF Sport’s earlier exploits but the former British F4 champion couldn’t quite dislodge the Pro/Am McLaren despite a spirited final lap.

HHC once again completed the top-three, Collard lapping less than two tenths slower than Hankey, while Patrick Kibble moved the second TF Sport Aston Martin ahead of Matt Cowley’s Mustang in the final moments. Speedworks rounded out the top-six courtesy of James Kell.